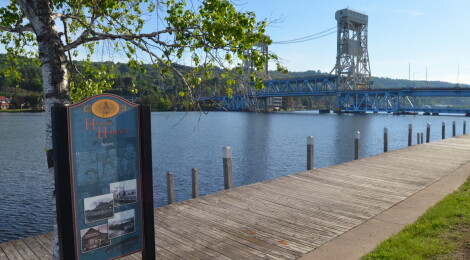 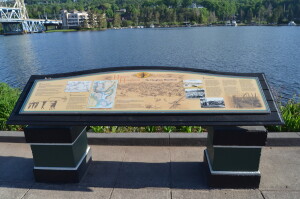 Houghton, Michigan is known for many landmarks and a rich history. It is home to Michigan Technological University, serves as one of the departure points for visitors heading to Isle Royale National Park, is credited as the birthplace of professional hockey, and each year it hosts “Bridgefest” to commemorate the building of the Portage Lake Lift Bridge that connects Houghton to the rest of the Keweenaw. The downtown area is home to many historic buildings that date back to the copper boom of the late 19th century and early 20th century. A Historic Houghton Walking Tour is a great way to see the waterway and downtown area, and thanks to efforts of the local historical society there are many interpretive signs along the way to help you learn about the history of Houghton. 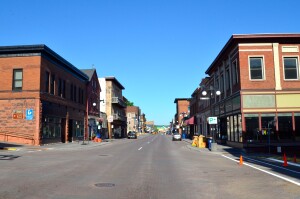 The Historic Houghton Walking Tour begins near Dee Stadium and heads west on Lake St. before looping back through downtown on Shelden Ave. It features 15 stops with informational signs and two other noteworthy buildings (Dee Stadium and the Carnegie Museum). Here’s a look at the stops and what you’ll learn about at each location: 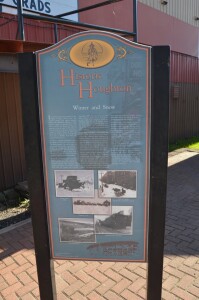 Winter & Snow – The Keweenaw is known for getting dumped on with snow each year, find out how it impacts local transportation and more. 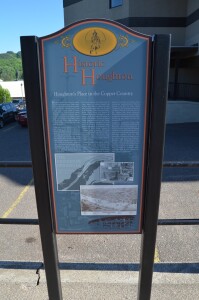 Houghton’s Place in the Copper Country – With copper mines close by and shipping routes easily accessed, Houghton was set up for success.

Transportation – Follow the history of Houghton from early on with horses to the introduction of automobiles and more. 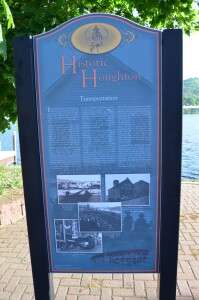 Warehouses – Where did all of the goods produced locally go during the winter months?

The Waterfront – Looking at Portage Lake now, it’s hard to imagine this area was once congested with shipping traffic.

Industry – Learn about the industry that sprang up around the waterfront thanks to the copper boom.

Growth & Change – Learn how the city adapted to rapid population growth between the 1860s and the 1920s.

Hotels and Saloons – As people came from all over for work in the area, these two types of establishments also provided temporary housing.

The Storefront Facade – The architecture downtown has similar elements in multiple buildings, which has left lasting aesthetic touches on the surviving structures. 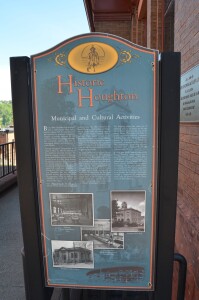 Municipal & Cultural Activities – As the population grew, it was important that structure was present to fund things like a fire hall, schools, and more.

The Residential Community – Housing needed to be built for the growing population, with most neighborhoods staying near the center of industry. Churches also started to spring up close to the residential neighborhoods. 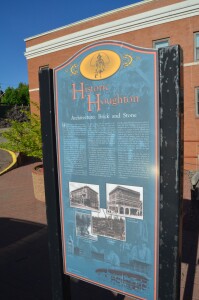 Architecture: Brick and Stone – The first of two signs about building material describes how brick and stone were used in downtown buildings.

Professional and Retail Business – This sign focuses on how downtown shops focused on the needs of the expanding population, providing goods and services that were needed.

Architecture: Wood – A second architectural sign describes how lumber was readily available for use in house building. 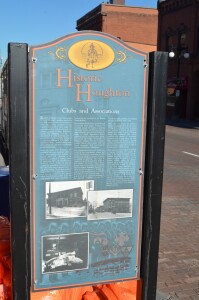 Clubs & Societies – What did early Houghton residents do for fun? This sign talks about some of the early clubs that started to provide outlets for community pride and social gatherings. 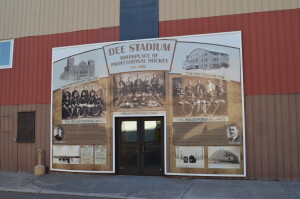 Dee Stadium – The “Birthplace of Professional Hockey” is located on Houghton’s waterfront. “In 1903-04 the Portage Lake Hockey Club became the first hockey team to pay all its players. In March 1904 the club won the U.S. Championship and beat the Montreal Wanderers in the Houghton Amphidrome for what was billed as the World’s Championship. Later that year local entrepreneur James Dee and Houghton dentist John “Doc” Gibson, a former hockey player originally from Ontario, organized the first professional hockey league. The Amphidrome stood on this site from 1902 until 1927, when it burned. The first hockey game was played in the arena on December 29, 1902, when Portage Lake beat the University of Toronto, 13-2.” 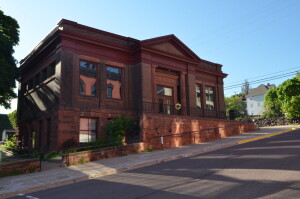 Carnegie Museum – “The Carnegie Museum is located in the former public library building in downtown Houghton’s historic district. Built in 1909 with a $15,000 grant from Andrew Carnegie, this two-story sandstone and brick building opened in 1910 as the public library and continued to serve area residents for almost a century. Now known as the “Carnegie Museum of the Keweenaw” and governed by a volunteer Board of Trustees, the Museum offers a variety of exhibits and programs of local interest throughout the year. The Houghton Keweenaw County Genealogical Society has a reading room on our ground floor.” 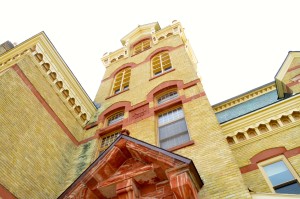 Other things to see and do in Houghton and the surrounding area include the A. E. Seaman Mineral Museum, the Freda Stamp Mill Ruins, the Hancock Historic Town Hall and Fire Hall, Finlandia University in Hancock, the Quincy Mine, Hungarian Falls, the Houghton County Courthouse, and the Keweenaw Waterway Upper Entrance Light at McLain State Park.