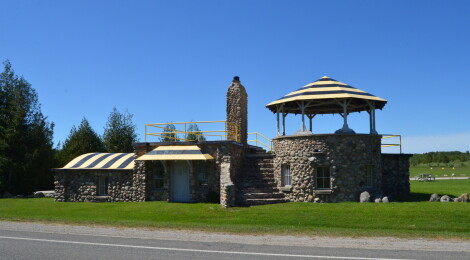 If you’ve ever made the drive up the Leelanau Peninsula to Leelanau State Park and the Grand Traverse Lighthouse, you’ve passed the Clinton F. Woolsey Memorial Airport and may have wondered what the story is behind the unique, stone-sided terminal in such a seemingly random location. This small airfield still sees some use today, and its history dates back to the 1930s when it was dedicated as a memorial for a Northport native who was a famous pilot before his untimely death.

Clinton F. Woolsey was born in Northport in 1894. His life would take him many places after college before he eventually became a pilot instructor. One of his students was Charles Lindbergh, who would later be the first to make a solo trip across the Atlantic Ocean. While on the “Pan American Goodwill Flight” (a 22,000-mile pioneering flight that sought to promote air postal service), Woolsey was killed in a tragic accident that saw the plane he was in crash near Buenos Aires, Argentina. 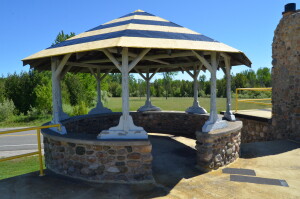 After Woolsey’s death, his father Byron Woolsey donated land for a memorial airport in his son’s name. This small airfield’s most eye-catching feature is the small terminal and observation deck. It is simple and small, but the stones used in the construction of the sides of the building are what makes this airport stand out. The observation deck offers a great view of the grass landing strip here as well as the surrounding countryside. An annual event here still sees a fly-in, breakfast, and antique car gathering. You can read more about Woolsey’s life here and here, for detail on the annual fly-in stay up to date with the Northport-Omena Chamber of Commerce (https://northportomenachamber.org/). 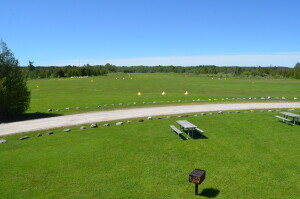