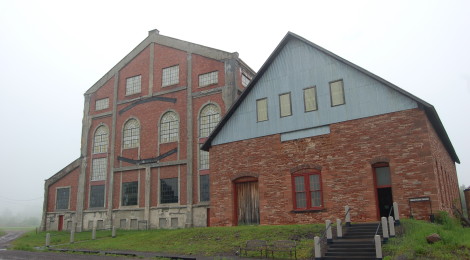 It’s impossible to talk about the history of Michigan’s Keweenaw Peninsula without talking about copper mining, as the copper boom that kicked off in the 1840s provided funds to build many of the area’s schools, churches, town halls and other buildings. One of the most successful and most famous mines was Hancock’s Quincy Mine, which has been partially restored and is open for tours from April to October. We recently went on the “full tour,” which includes all of the surface buildings as well as an underground tour of the seventh level of the mine. The Quincy Mine is a cooperating site of the Keweenaw National Historic Park, and we recently included it on a list of 26 Things to See and Do at KNHP. This was an amazing experience, and one that we definitely recommend as fun for the entire family! 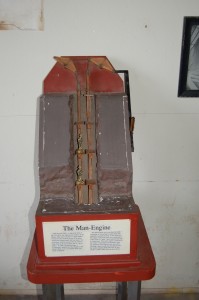 Quincy Mine was established in 1846, with its name coming from a town in Massachusetts (much of the early investment into the mine came from MA). The mine became known as “Old Reliable” thanks to the fact that it was able to return a dividend to investors for 53 consecutive years. The Quincy Mining Company was also one of the first to start providing quality housing for its workers, which helped them be able to keep workers and keep them happy. The mine was able to survive until after the end of World War II, when copper prices declined. 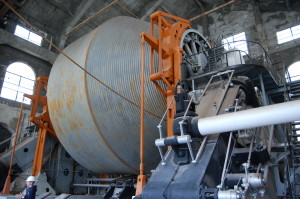 One of the highlights of the tour of the surface buildings is seeing the Nordberg Steam Hoist, which was constructed in 1918 to raise and lower workers and ore in and out of the shaft. It was built at considerable cost for the day, but saved the mine thousands on energy bills due to its ability to transport 10 pounds of ores at 36 miles per hour out of the mine shaft. The #2 shaft was the world’s deepest at that time, and the concrete base for the hoist was the largest concrete slab ever poured. The building that houses the steam hoist was built in the Georgian style, using Italian tile on the interior walls and decorative brick on the outside. This building was a showpiece for investors, though the steam hoist itself would only run for 11 years. 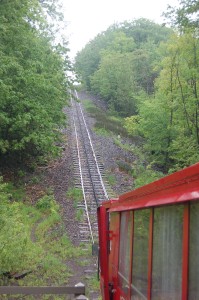 After touring the surface buildings, visitors board the Quincy and Torch Lake Cog Railway for a trip down the hill to the mine. This is one of only three cog railways in the United States (Mt. Washington – NH, Pikes Peak – Colorado). The short but scenic ride provides great views of the city of Houghton and the Portage Lake Lift Bridge. Once the train reaches the bottom of the hill, visitors hop into a tractor-pulled wagon. 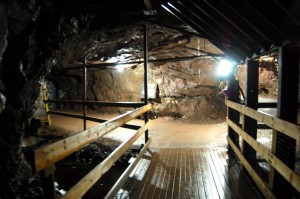 The underground portion of the tour enters through an adit on the seventh level, which was widened by Michigan Tech in the 1970s “The adit is approximately 15 feet high and 15 feet wide. On the way to the No. 5 shaft you will see early mine cars on rails and how they functioned. At the No. 5 shaft you will see the large opening (stope) developed in the late 1850’s and into the Civil War, the water filling the lower levels of the mine, demonstrations of manual and pneumatic drilling equipment, and learn of the rigors of work in this immense man-made labyrinth.” 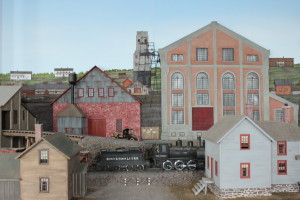 There are also museum type exhibits in some of the surface buildings, a gift shop in the same building where tickets are purchased, and plenty of mine ruins to see at this site. The Quincy Mine Historic District also includes the Quincy Dryhouse Ruins on the opposite side of US-41, the Quincy Smelter (shown below) on the waterfront in Hancock, as well as the famous Quincy dredge and Quincy stamp mill on M-26 near Torch Lake. 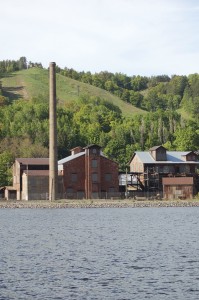 You’ll find the Quincy Mine at 49750 US-41 in Hancock. The site is operated by the Quincy Mine Hoist Association, check out their website at http://quincymine.com/. Enjoy the photos below for a more thorough look back at our visit. 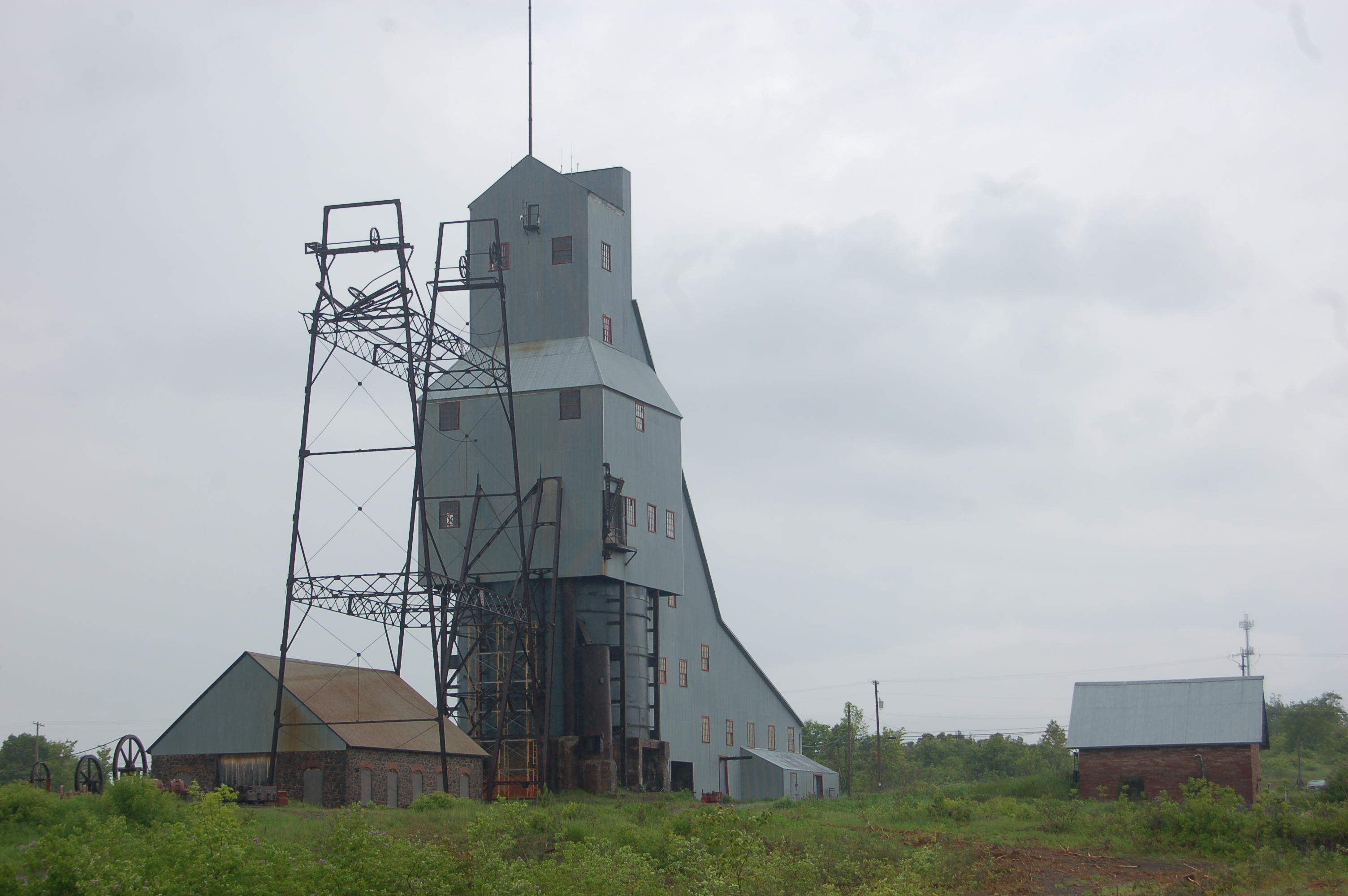 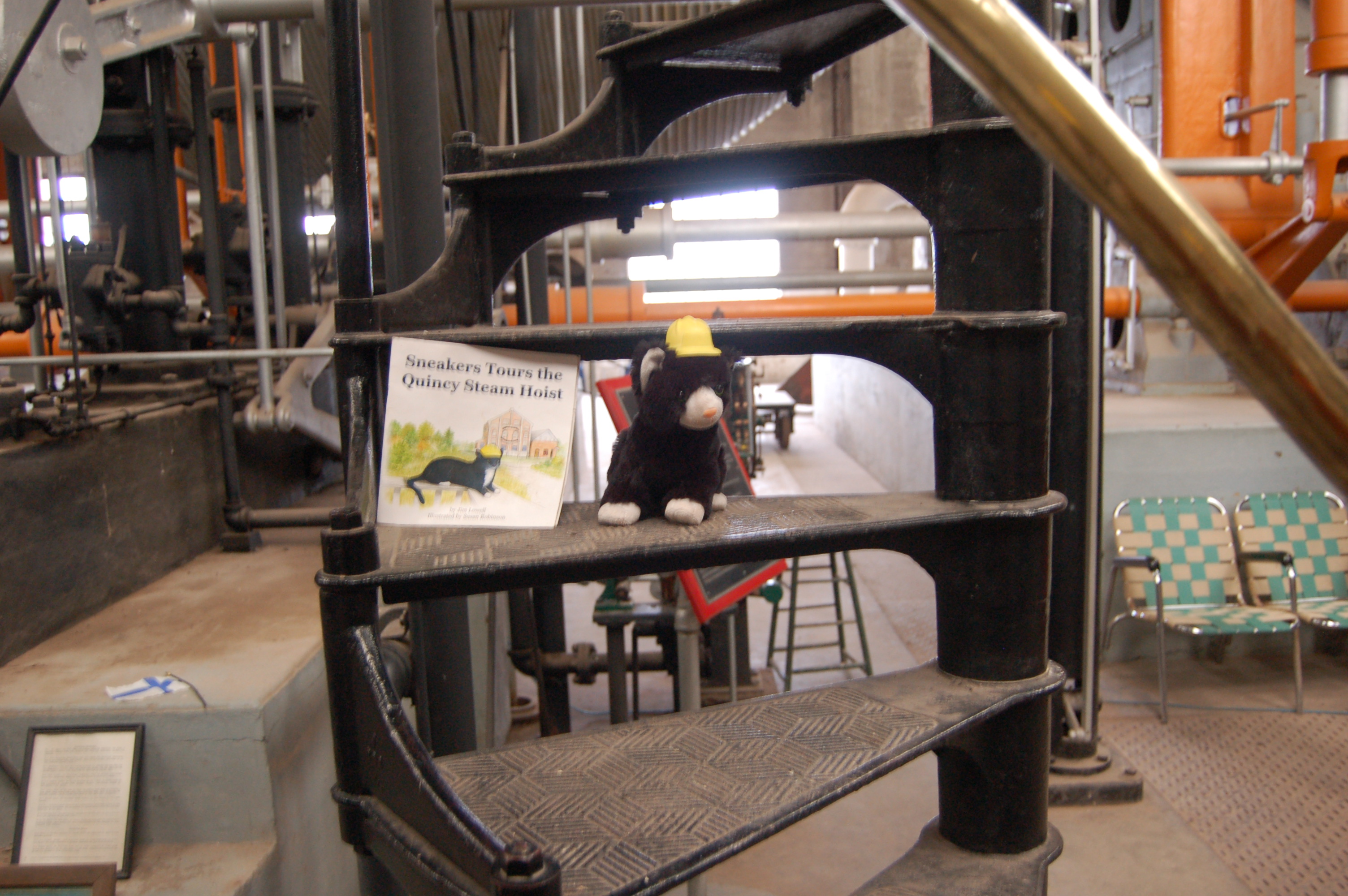 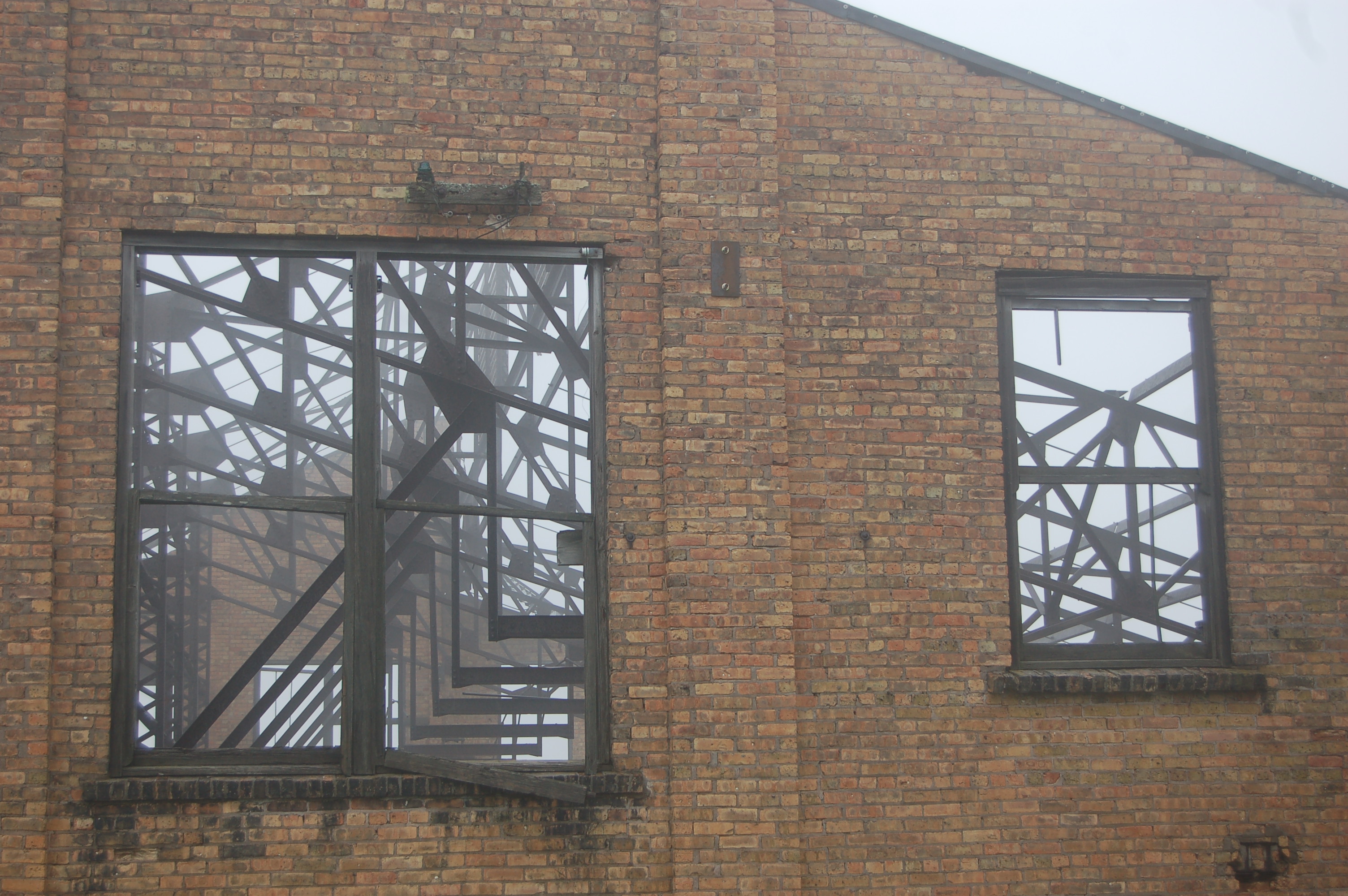 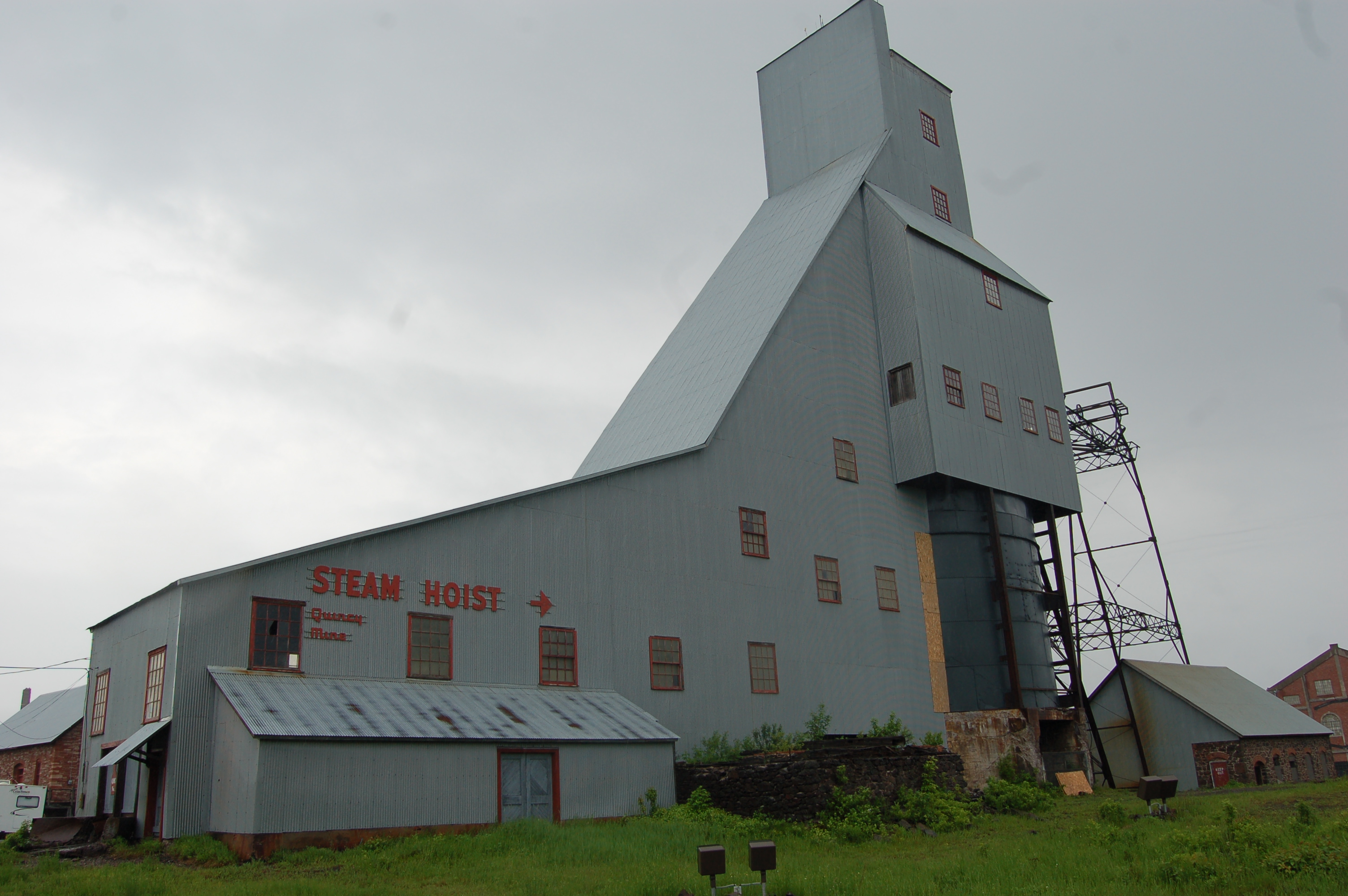 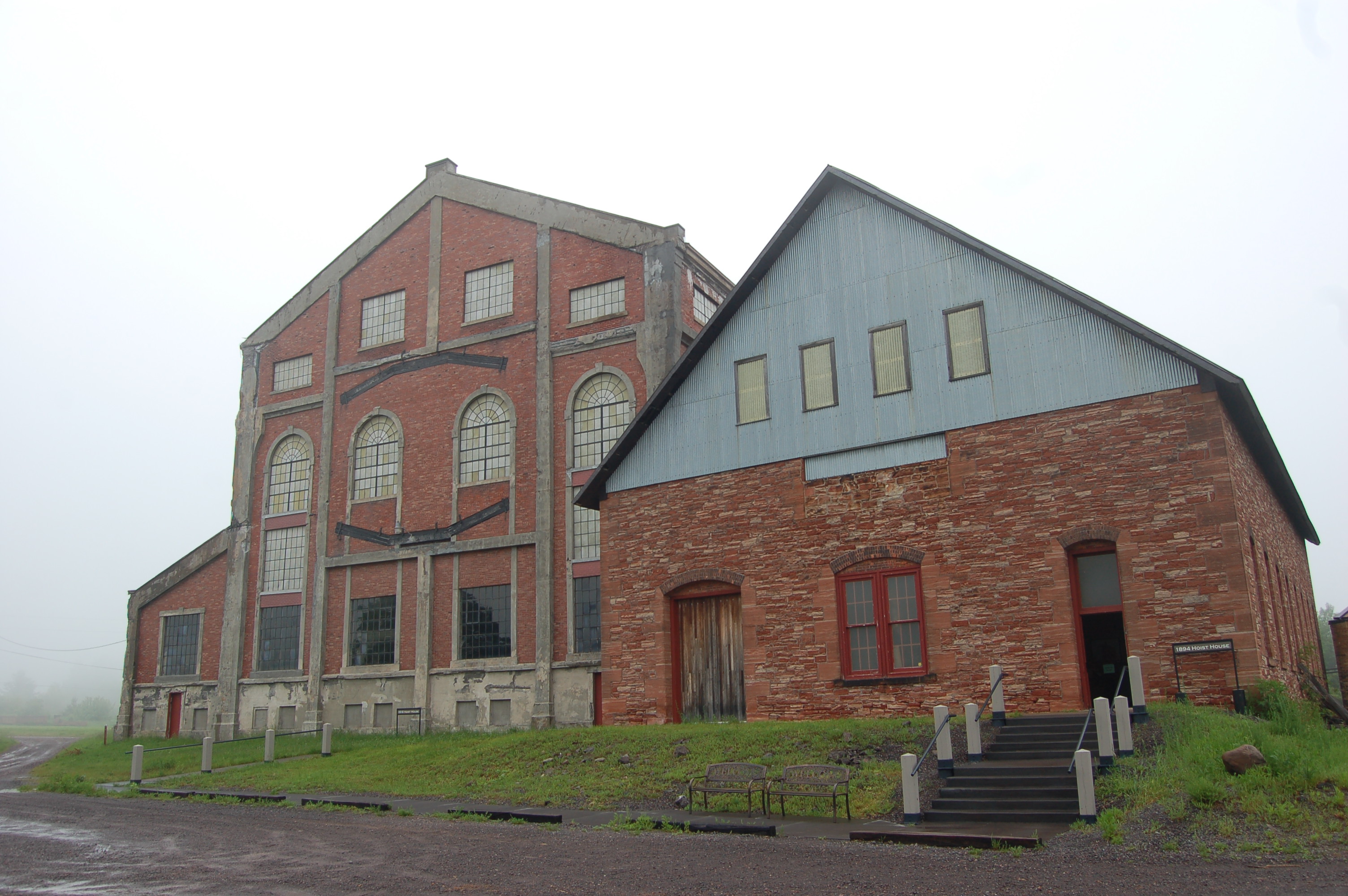 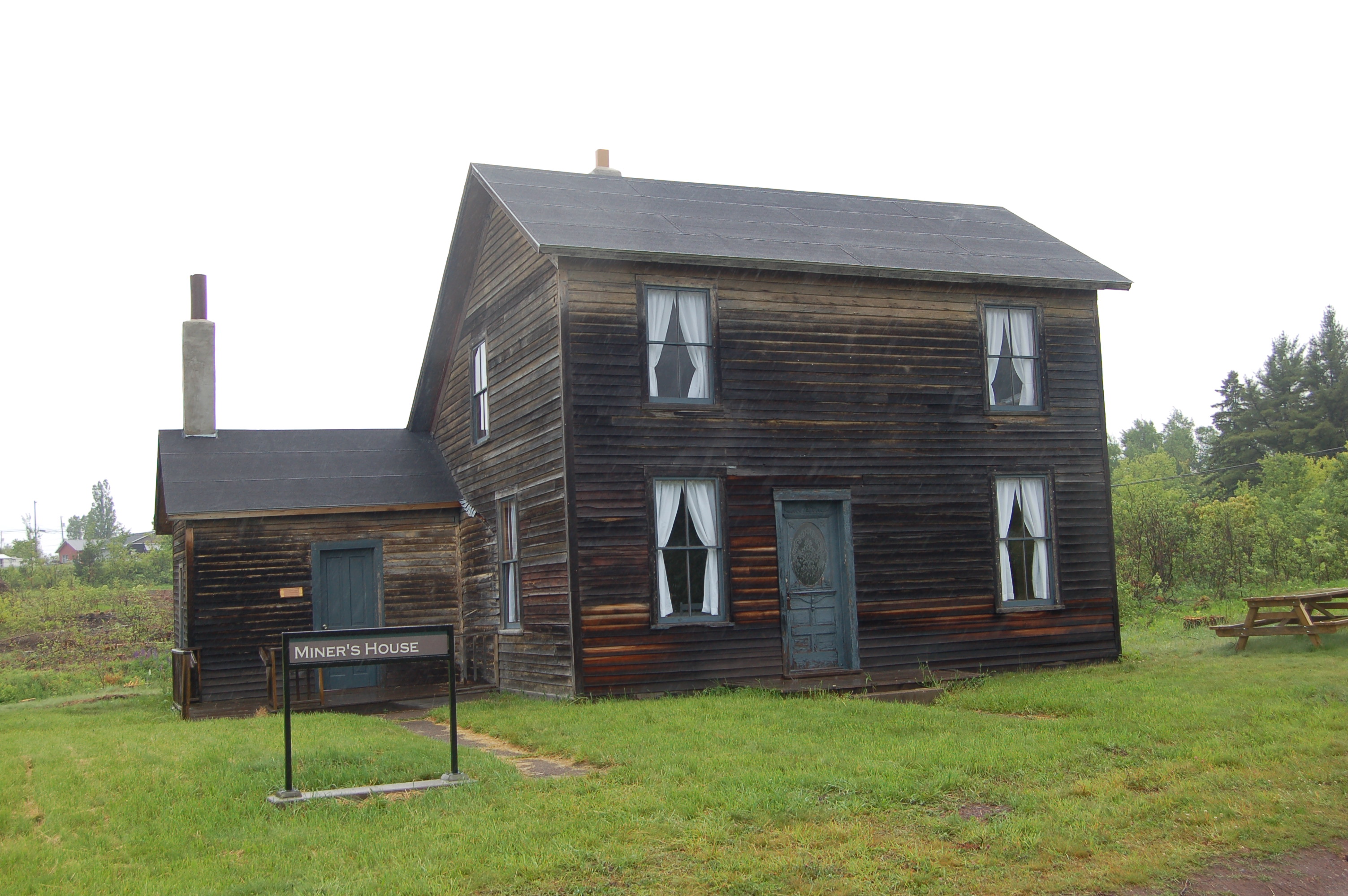 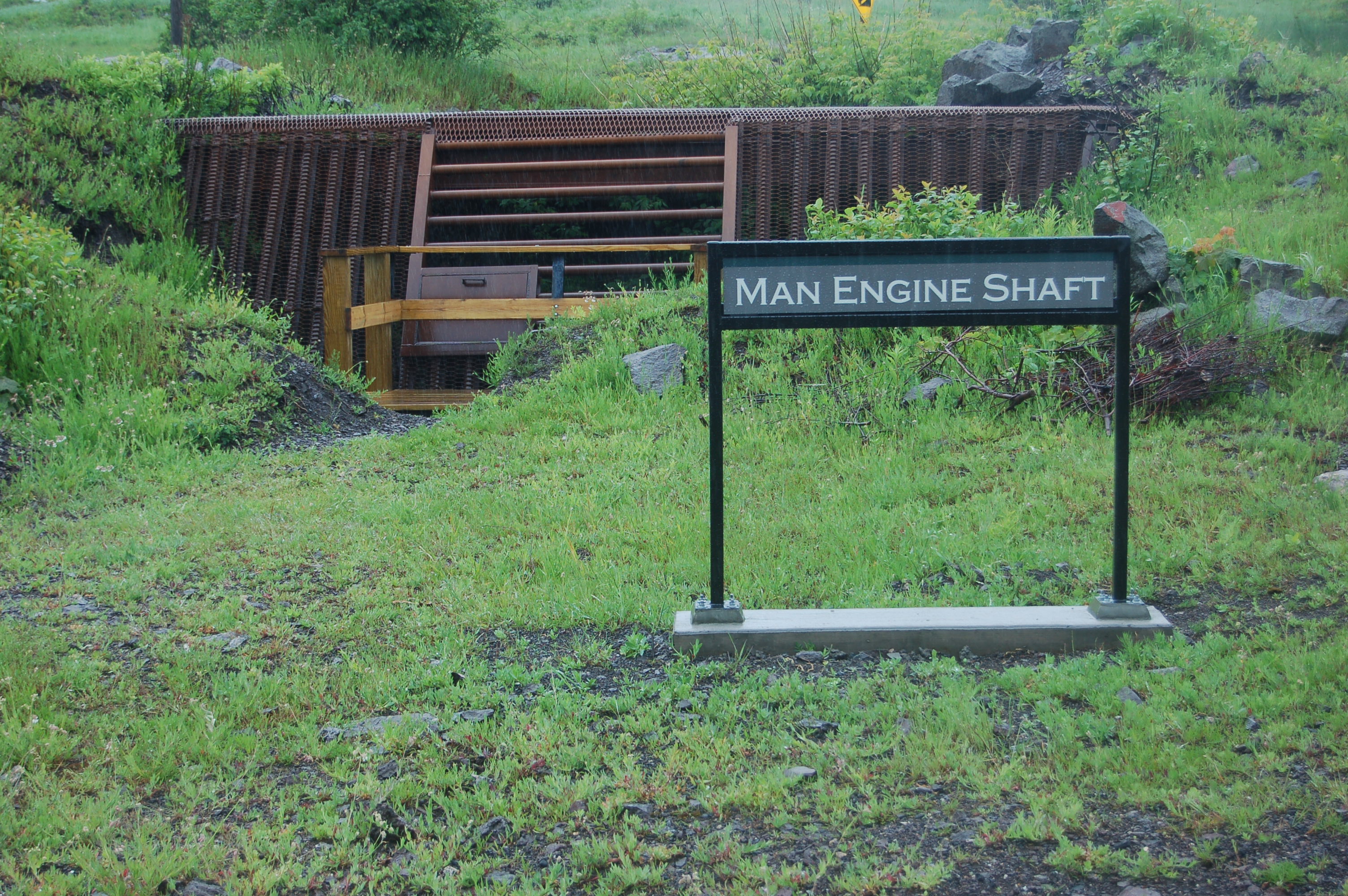 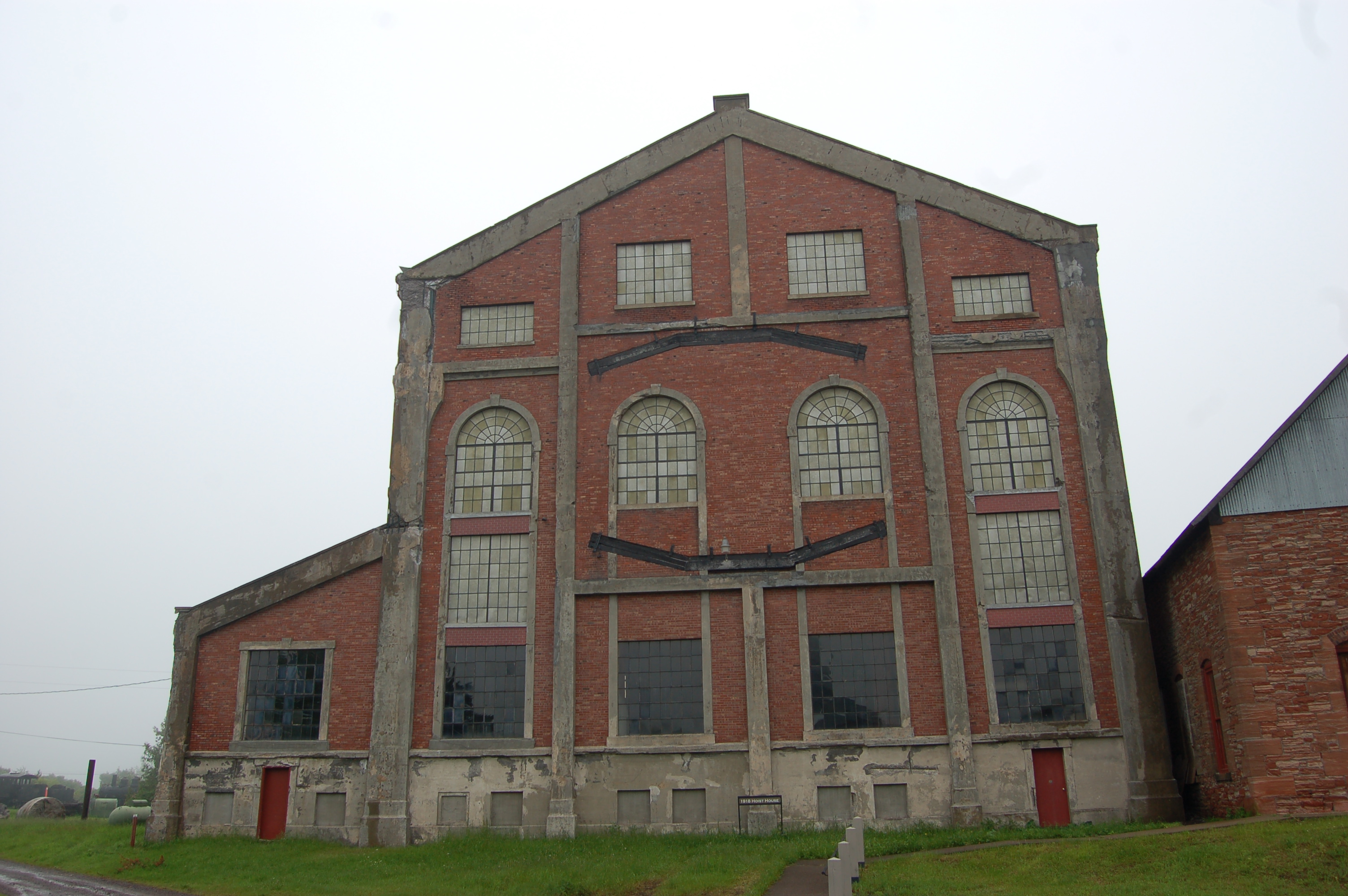 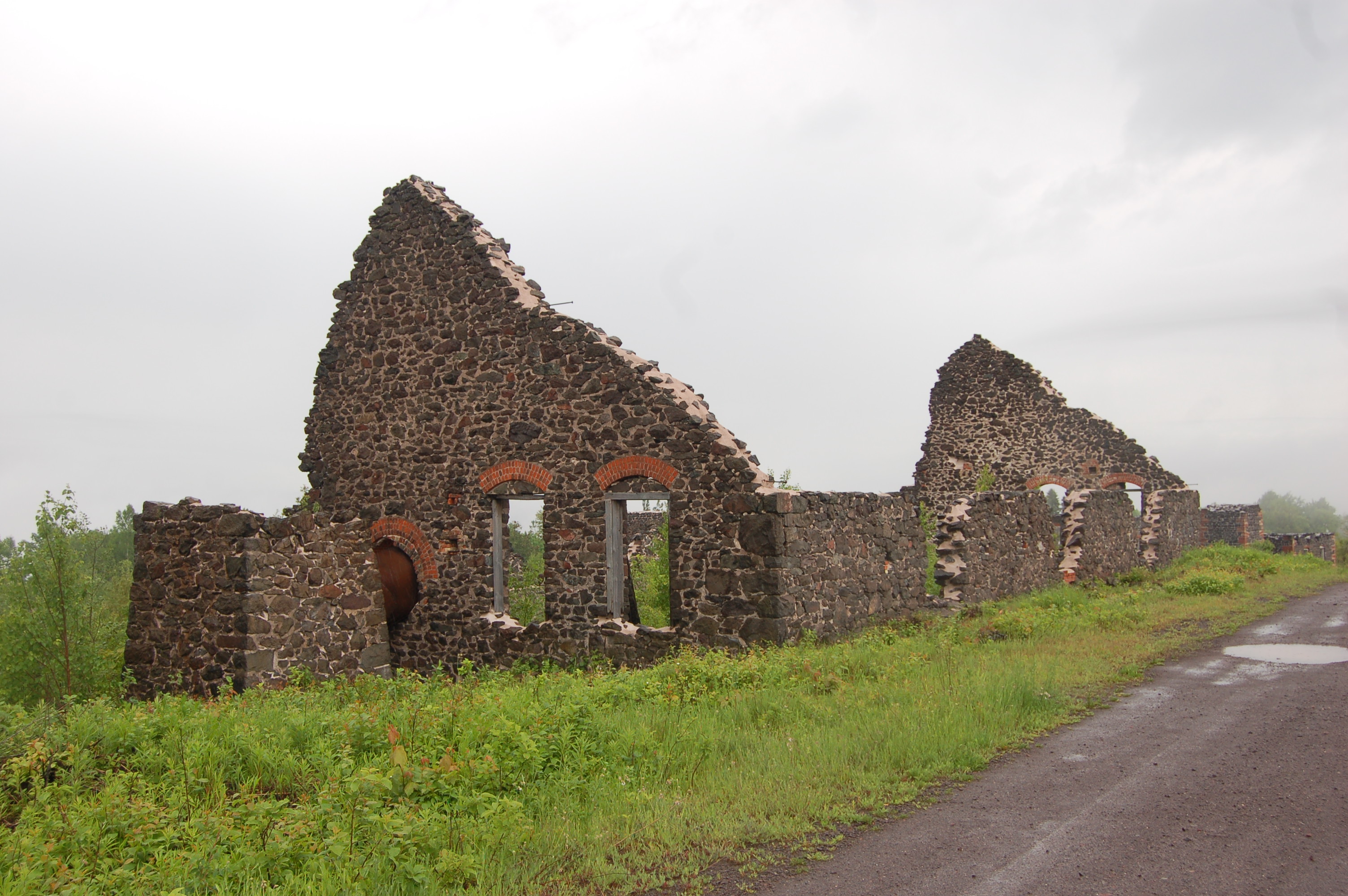 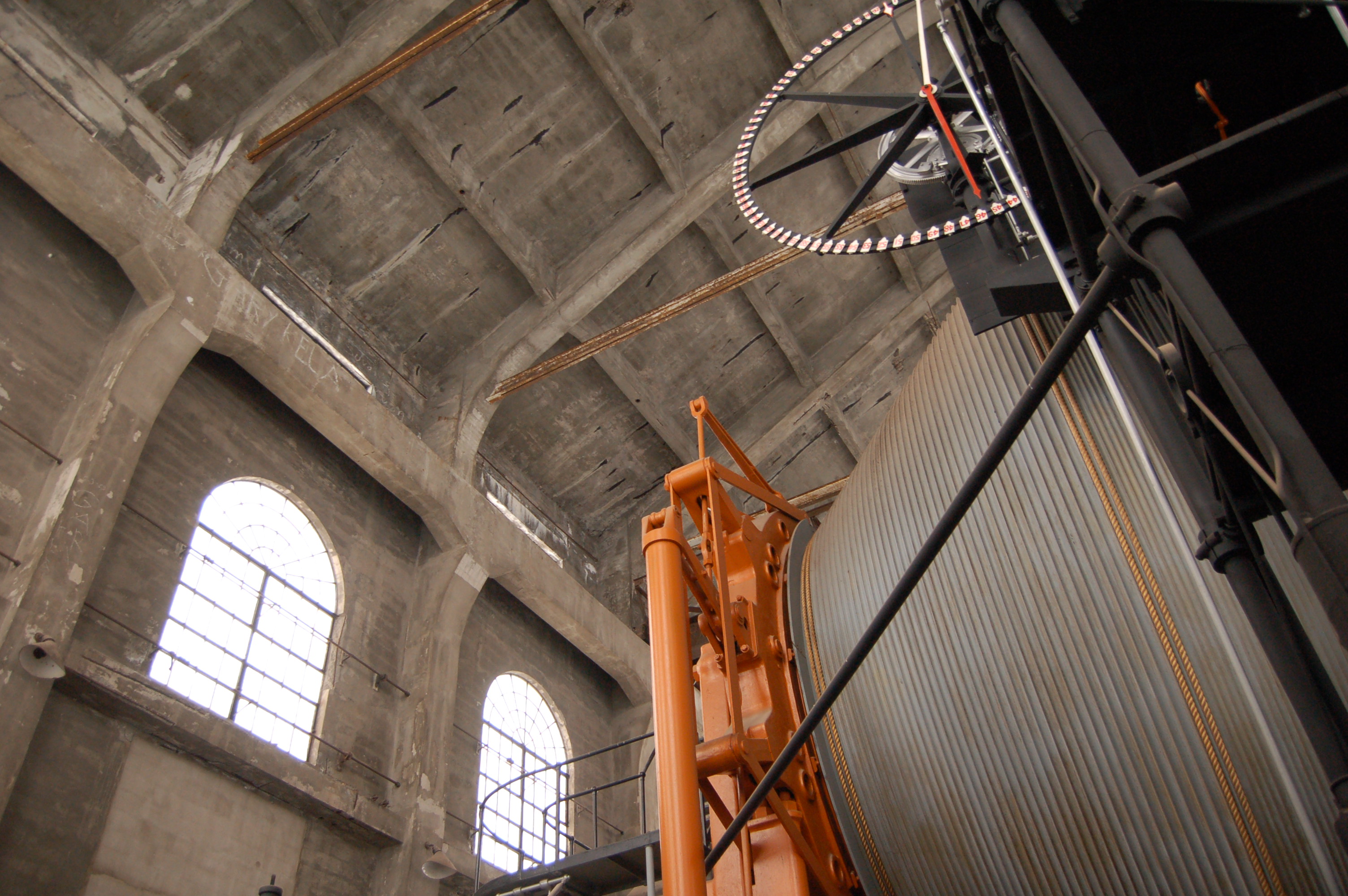 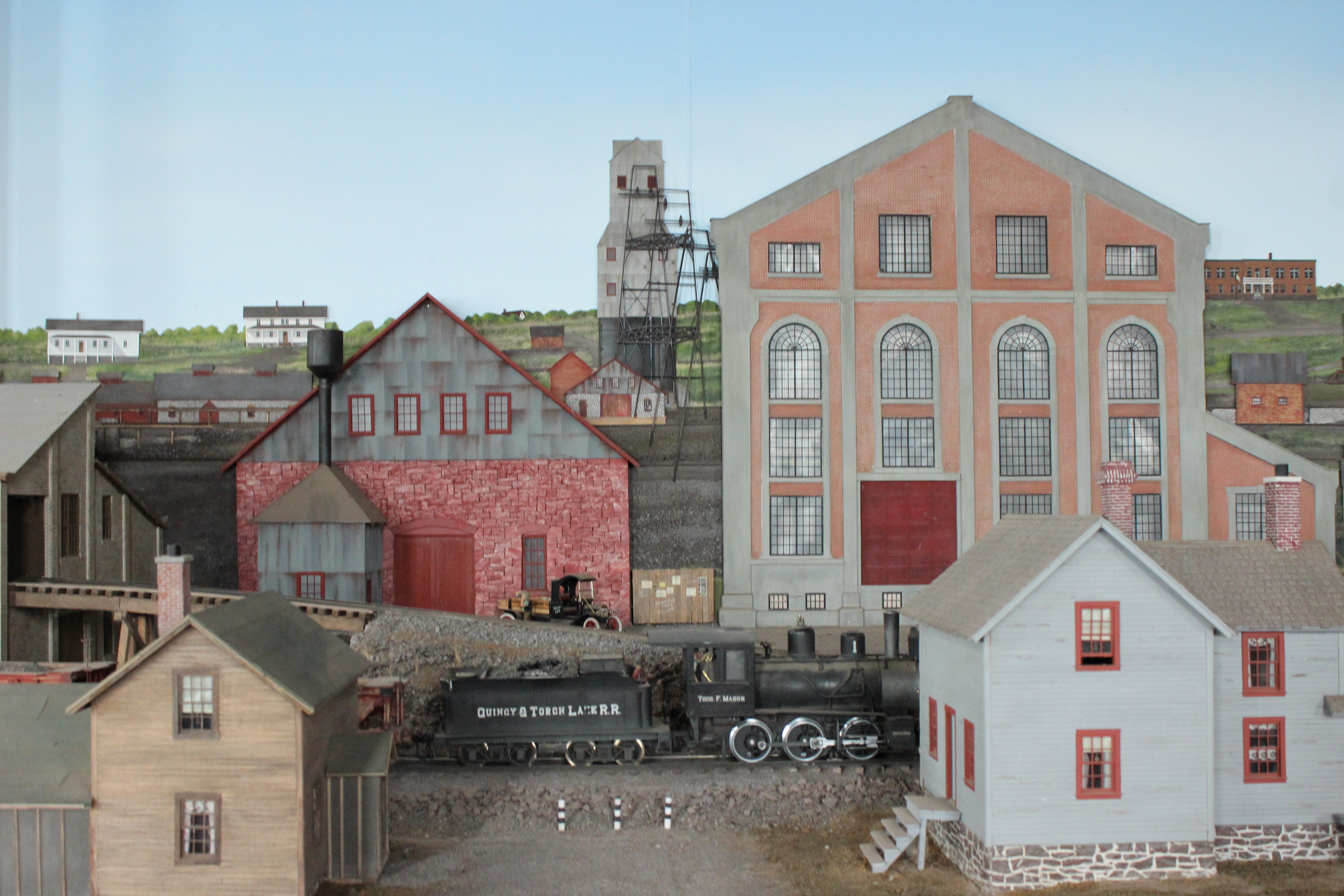 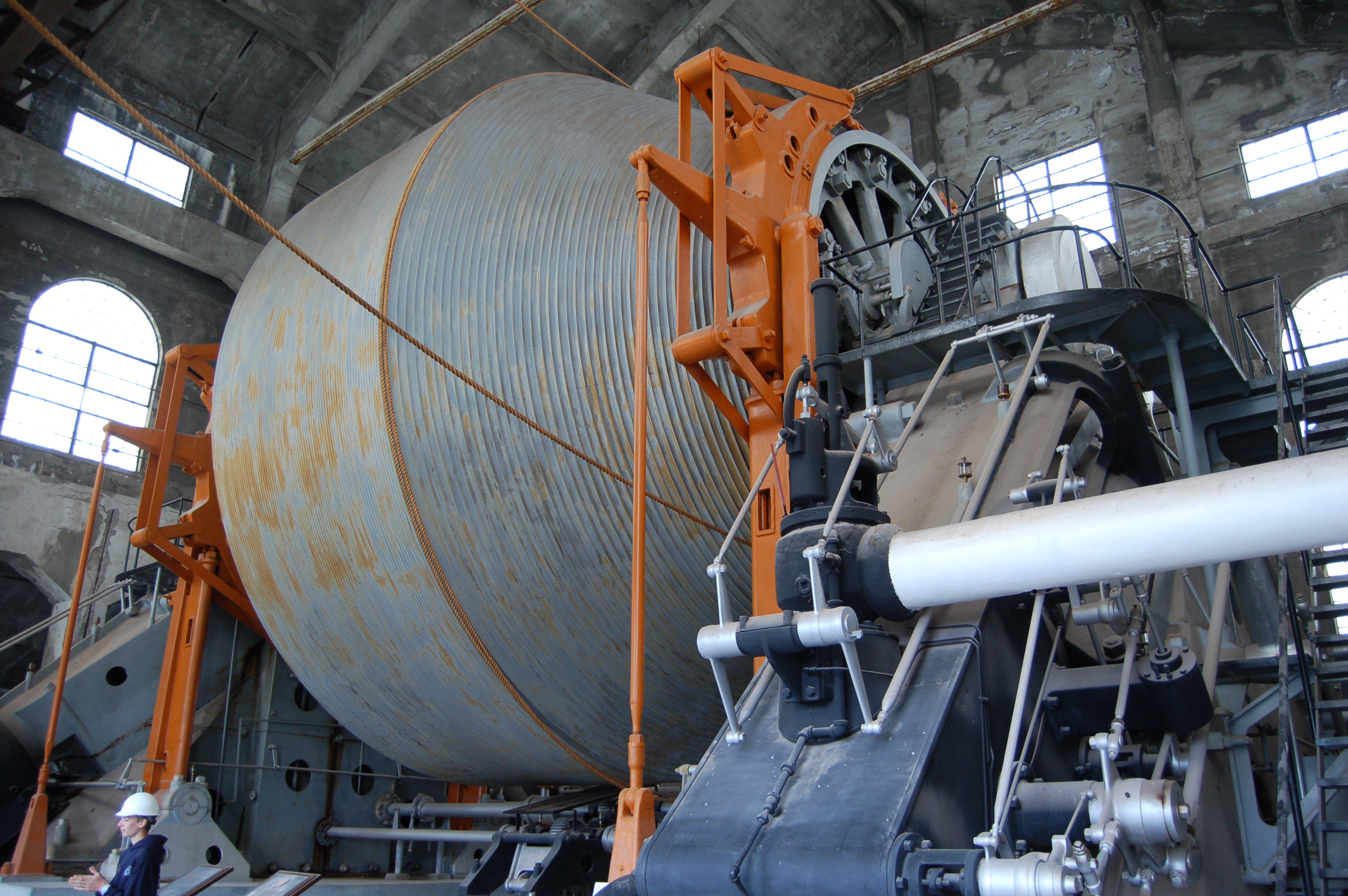 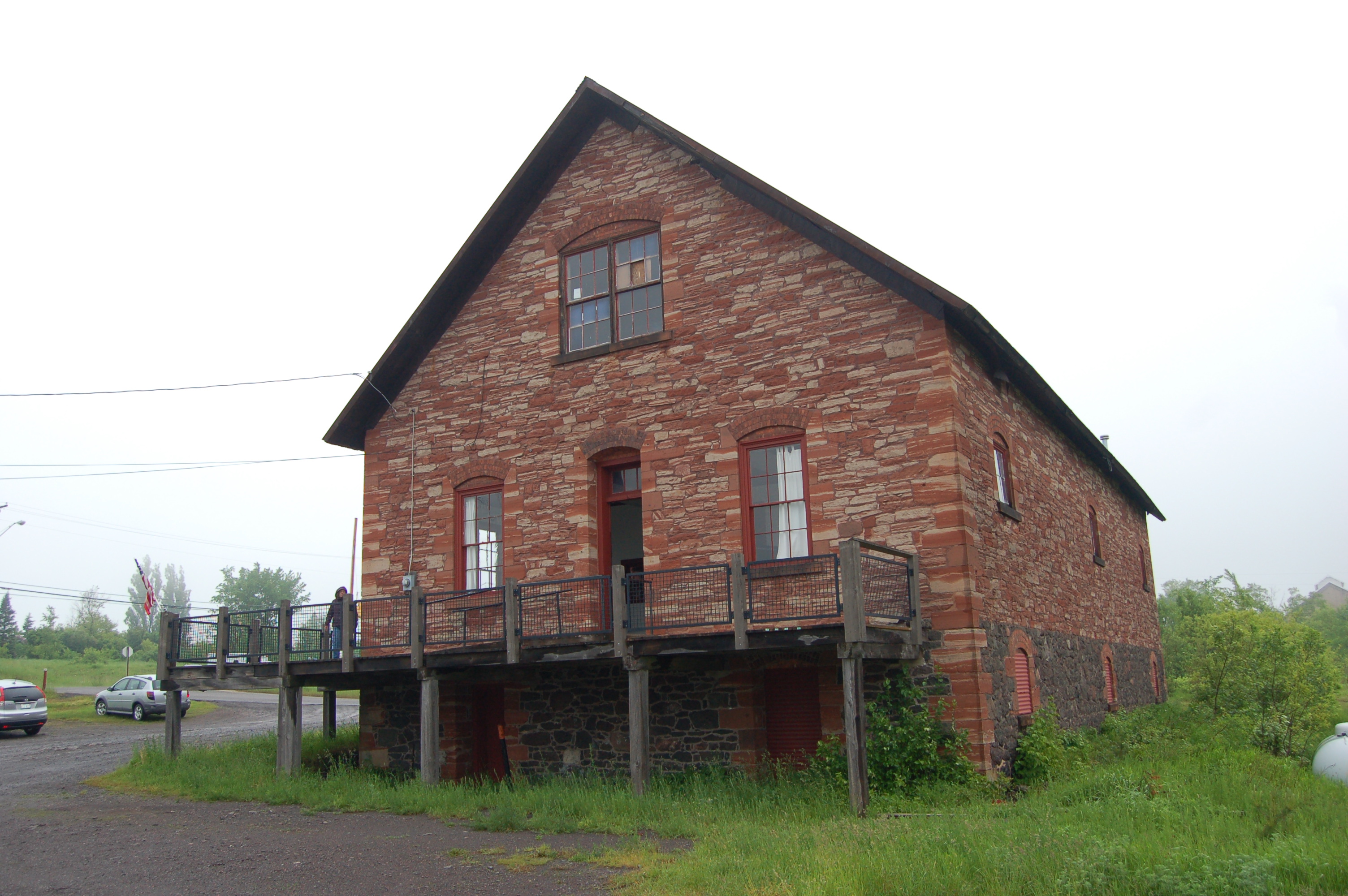 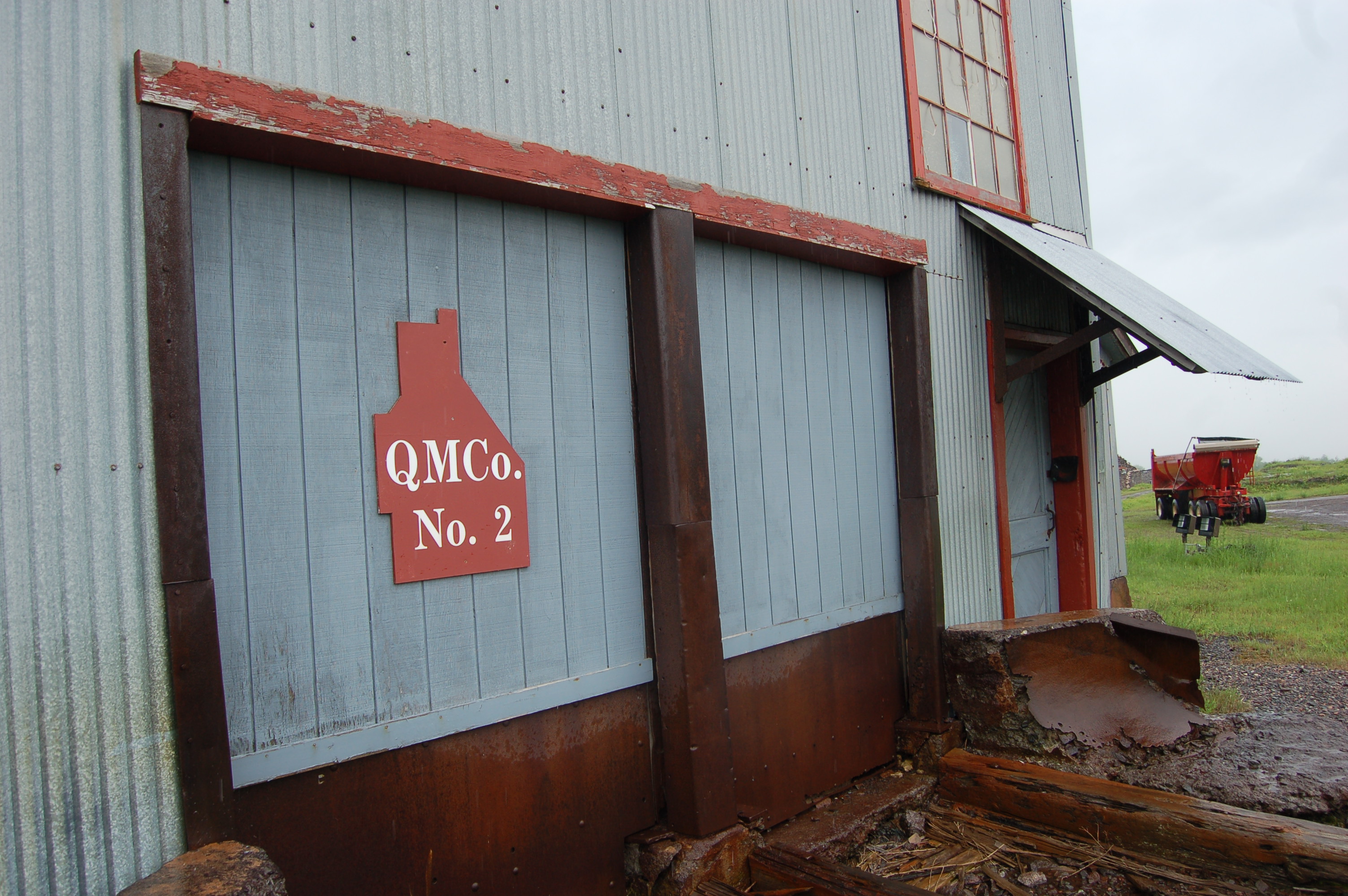 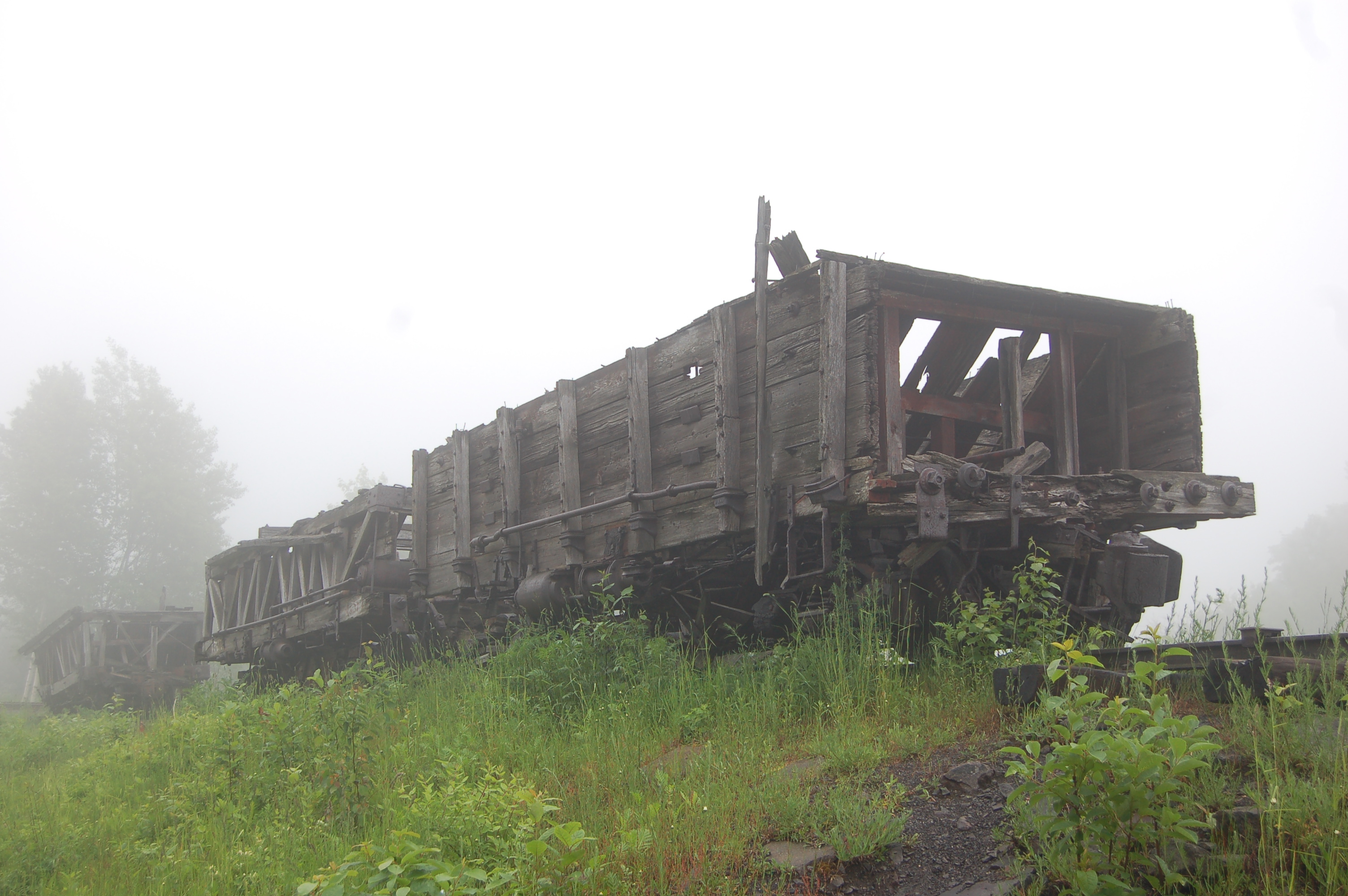 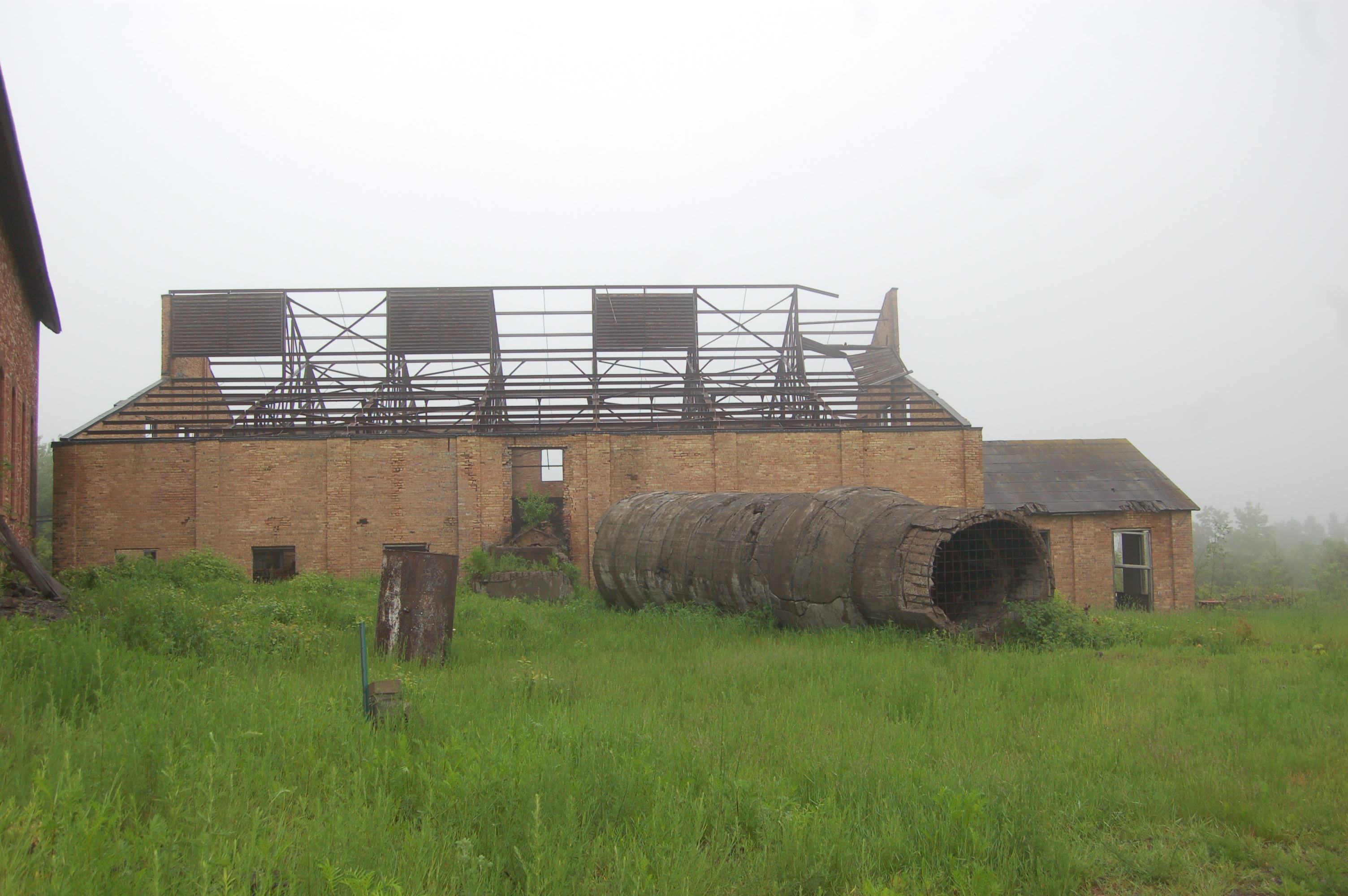 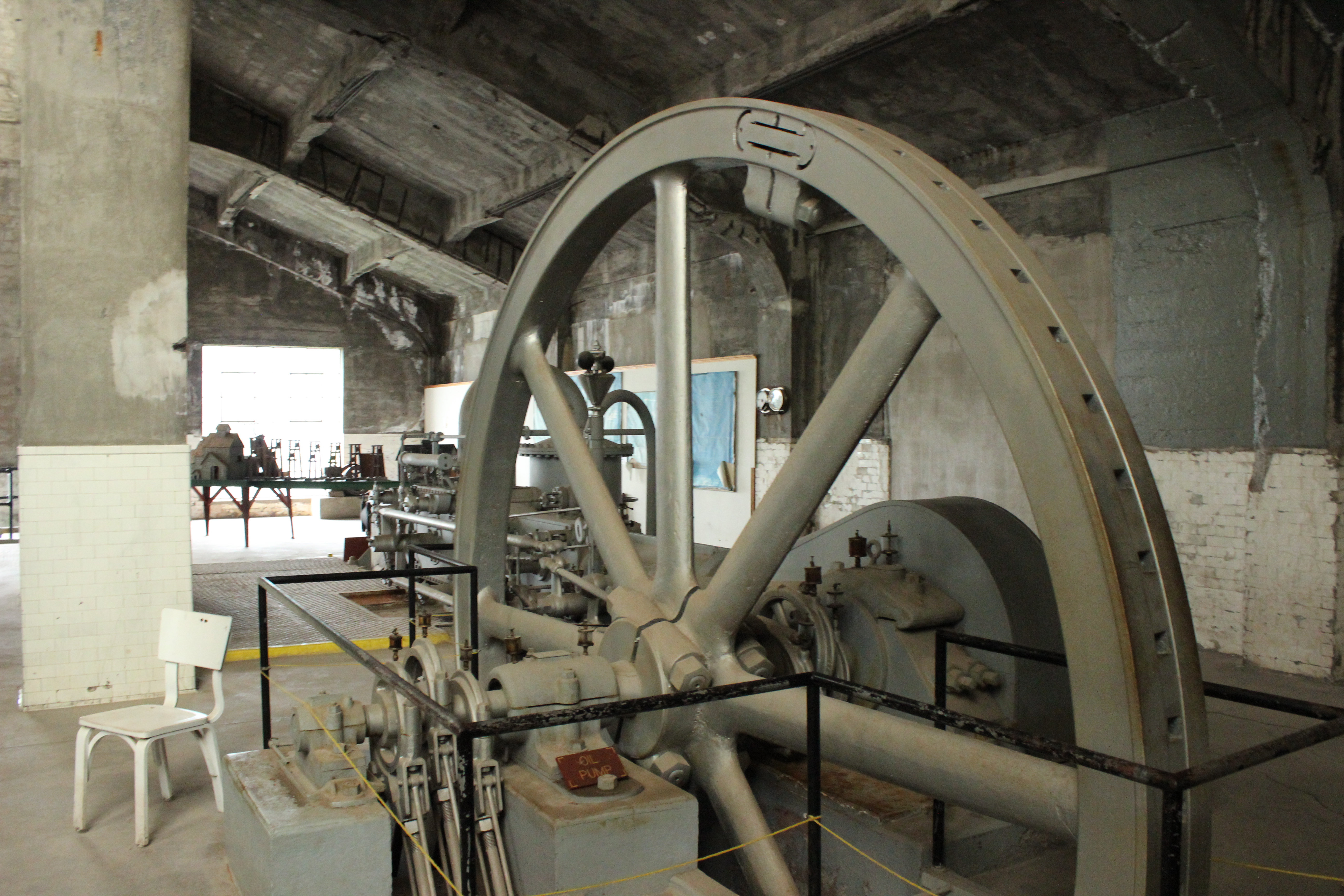 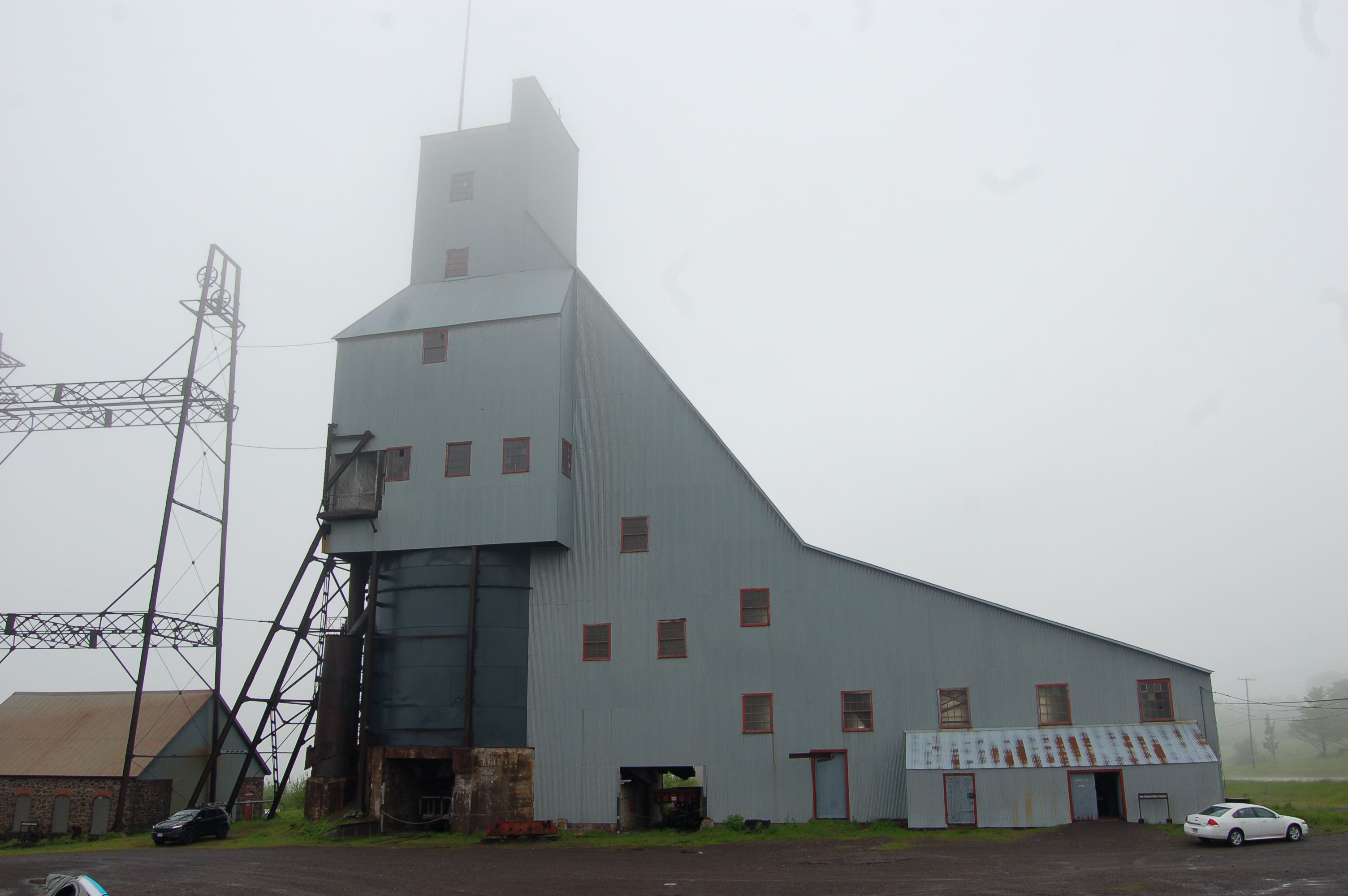 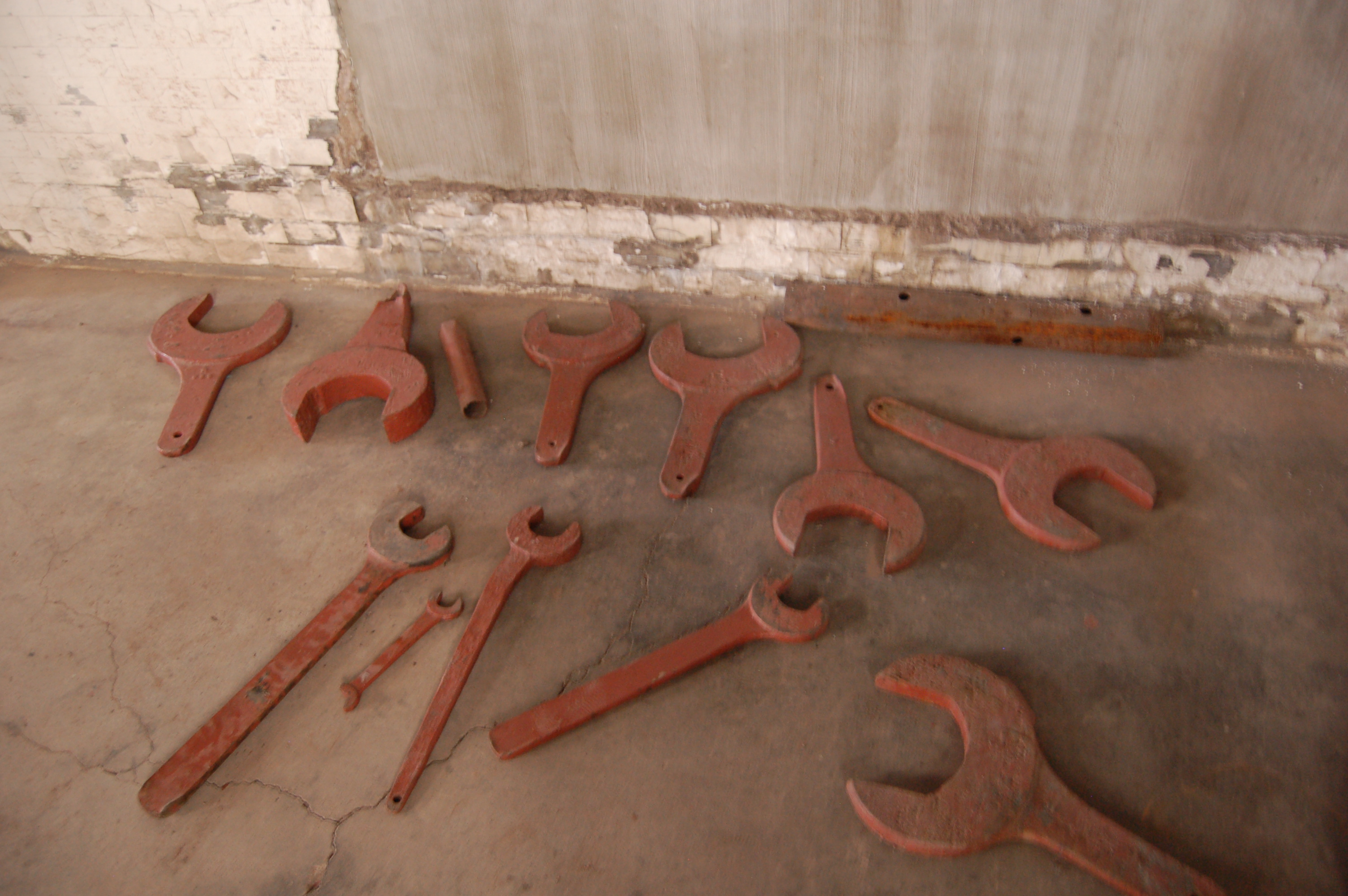 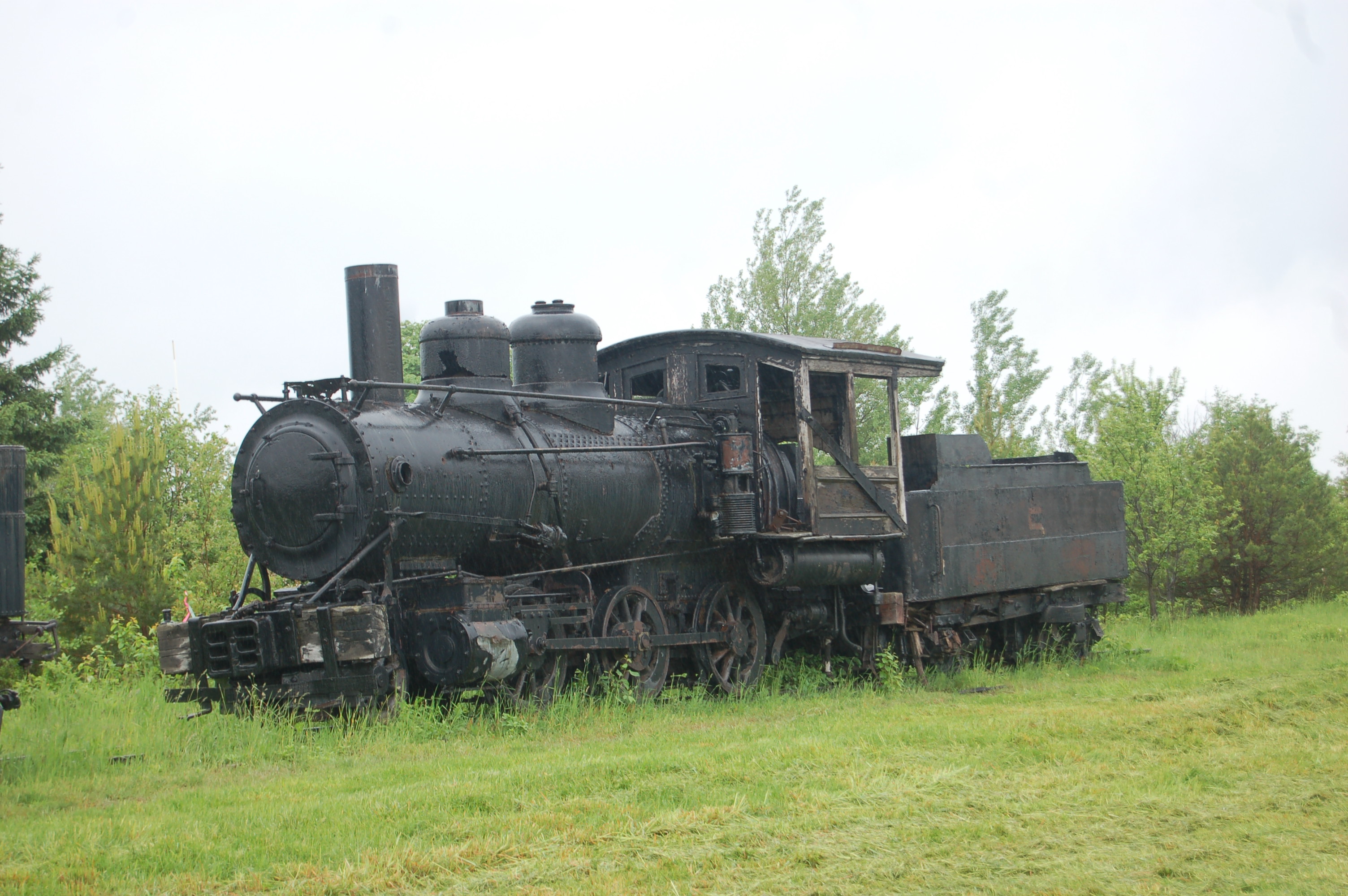 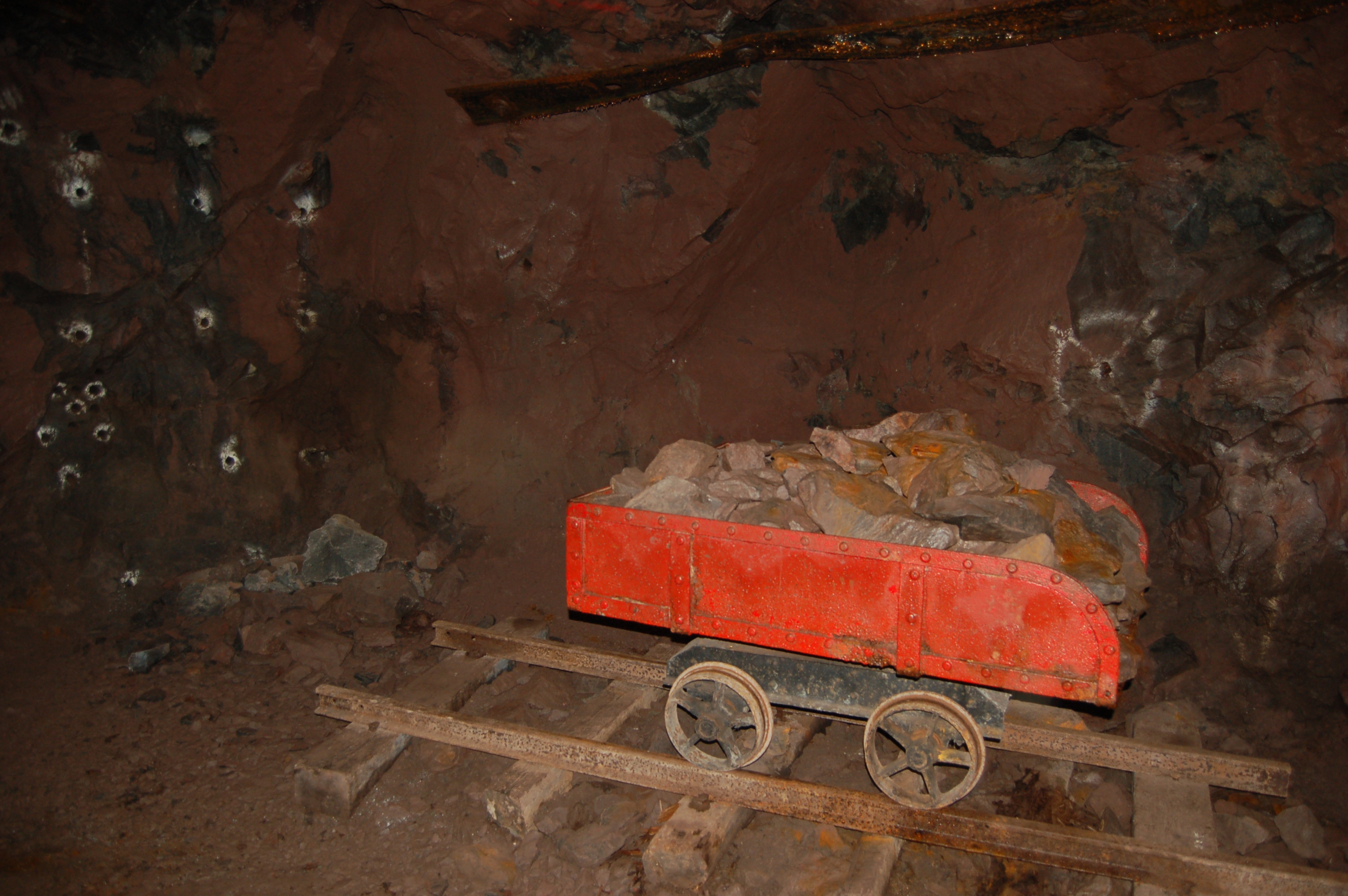 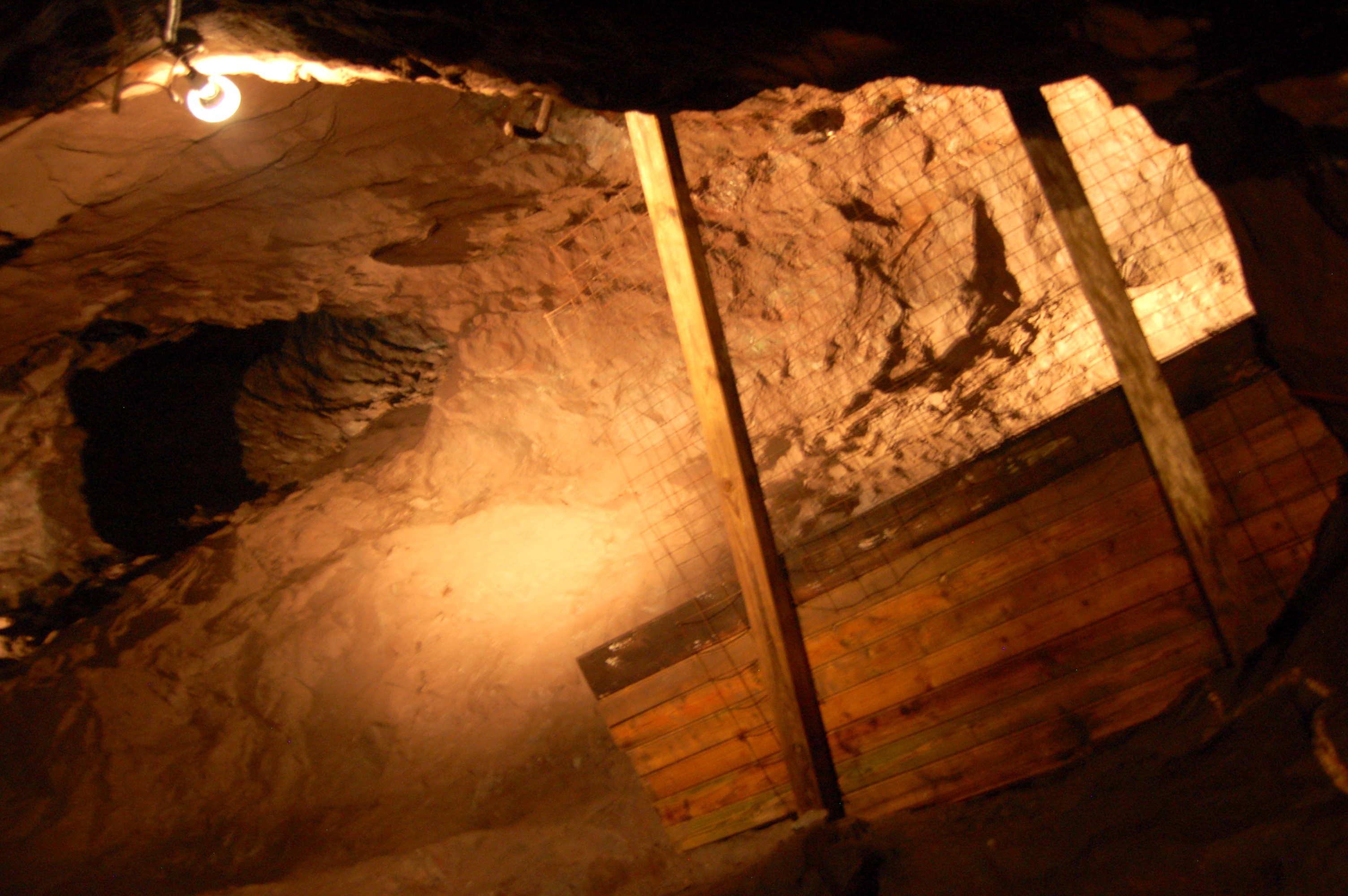