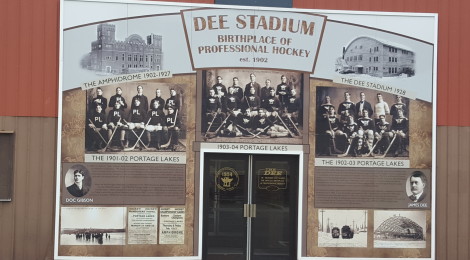 When people in Michigan think of hockey, they likely think of Hockeytown, the name given to the city of Detroit. The success of the Detroit Red Wings franchise over the years has cemented Michigan as a top hockey state. Many may be surprised to learn that the city of Houghton, in Michigan’s Upper Peninsula, can claim itself as the birthplace of professional hockey in America. Fans of the great sport of hockey should consider visiting this small town to see the arena that started it all. 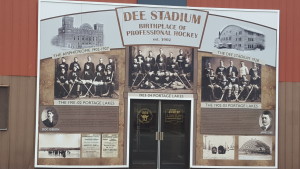 The Amphidrome was built in 1902. On December 29th 1902, the first professional hockey game in the states took place. The Portage Lakes defeated the University of Toronto 13 to 2 in front of more than 5000 spectators. Along with the creation of the Amphidrome, James Dee and John “Doc” Gibson formed the International Hockey League. By paying all of its players, this league marked the first professional hockey league in America. 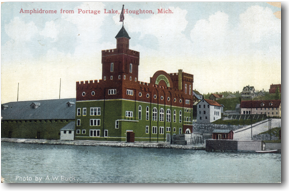 In 1927, the Amphidrome burnt down to the ground. A new stadium was built on the same site the following year. The new building would see a name change in 1943 to Dee Stadium, after years of being referred to as the “New Amphidrome”. Today, that nearly 90 year old building still stands and is referred to as Dee Stadium.

A double sided historical marker is resent outside the stadium. One side discusses the history of The Amphidrome and the re-built stadium years later. The original Amphidrome was around 1902 to 1927 before the fire that destroyed it. The other side of the marker discusses “The Birth of Professional Hockey”. The sign discusses the 1903-1904 Portage Lake Hockey Club, which was the first professional team in America and also won a championship that same year. 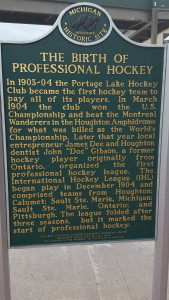 Dee Stadium is the seventh oldest indoor ice rink in the world. The famous arena became a state historic site in 2006. Through the years, the arena has changed ownership hands several times and been the host of many events.

In 1943, the Michigan College of Mining and Technology (now Michigan Tech University) purchased the arena to use for its hockey team. Their team would use the arena until 1972, when they moved to their own Student Ice Arena. In 1974, the city of Houghton signed a 99 year lease for the stadium. However, later in 1983, the city eliminated the lease of the stadium from its budget. A petition and fundraising efforts helped bring the arena back to life and in 1988 the city of Houghton purchased the arena.

Dee Stadium is now home to the Houghton High School hockey team and also the Portage Lake Pioneers Senior hockey team. The annual Winter Carnival (by Michigan Tech) is held at Dee Stadium. This event hosts snow statues, outdoor games and celebrates the large snowfall of the Upper Peninsula. There is a different theme for the statues every year with teams competing only having a limited time to create their design. The Canadian band The Guess Who (known for the hit song “American Woman”) played at the fest in 1979. College hockey games also take place at Dee Stadium during the Winter Carnival. Definitely sounds like a UP event to put on your bucket list if you’ve never been.

In the 2010 Census, Houghton had a population of 7,708. It is the largest city of the Keweenaw Peninsula. Like many cities in this part of the Upper Peninsula, it was once part of the great Copper Rush. Population in the region has dropped dramatically, but you can still find many hockey lovers in the area. 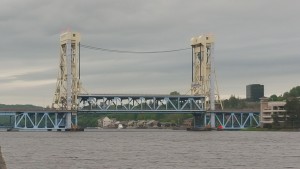