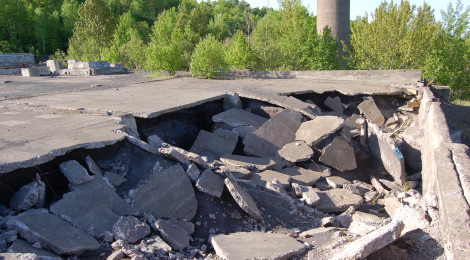 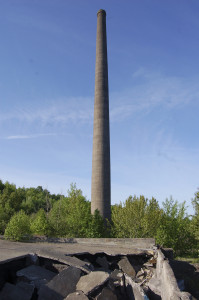 Once a key part of the Keweenaw copper operation, all that remains of the former Champion Mill near Houghton is a few crumbling structures and a handful of ruins. Only a few residents remain of what was once a fairly booming town and then a popular holiday spot, adding to the “ghost town” feel at this location. 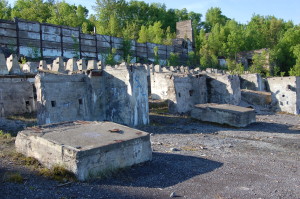 We headed out here on our 2014 Lake Superior Circle Tour, and enjoyed wandering through the ruins and seeing what structures remained. There was a great deal of graffiti, and a lot of evidence that the area is frequently used as a party site. 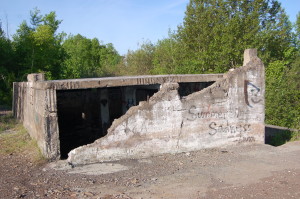 The Champion Mill took in large chunks of rock, used large “stamps” to break the rock down, then mixed in water and iron balls to further pulverize the rock and separate copper. When things closed down in the late 1960s, anything of value (steel, copper) was removed. 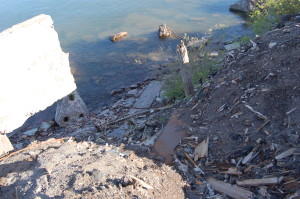 The views of Lake Superior from here are really something to take in, and there are a few submerged structures as well as a few more that look like they’re on their way down. There is a pretty decent amount of trash piled up in some spots, but for the most part it is safe to explore with a decent pair of hiking boots. 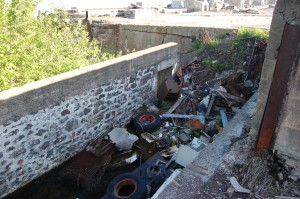 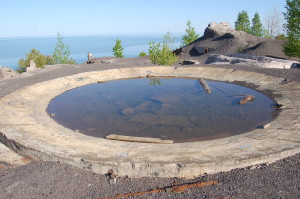 Here’s a look at some of the fun and creative graffiti we saw on the remaining concrete structures: 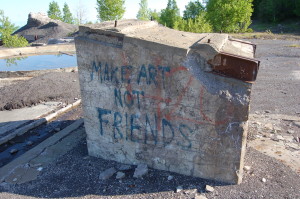 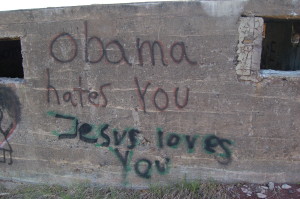 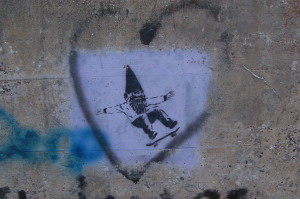 We parked up near the old Superior View restaurant then followed a steep foot path down to the ruins. From M-26 southwest of Houghton, we took Misery Bay Rd., which turns into Lake View, then N Rd. and finally Freda Cross Cut Rd. It’s not the easiest path to follow at times, but as long as you are still heading west you should find it eventually. On the way out, you will pass the Redridge Dam, another historic site which we will feature in a future post.