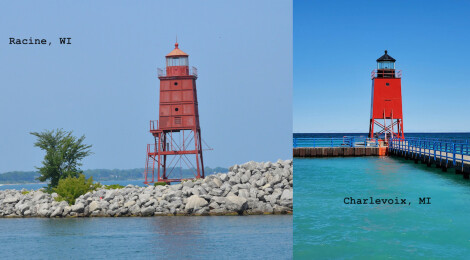 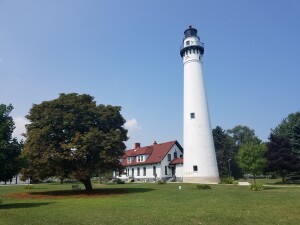 We don’t always limit our travel to Michigan, but when we do travel out of state we often still find ourselves close to a body of water. Trips to Minnesota, Wisconsin, and Ontario have kept us by the Great Lakes and we have had the chance to see a lot of lighthouses, waterfalls, and roadside attractions that these states have to offer. A few years ago during a visit to Wisconsin’s Lake Michigan coastline, I started noticing that a lot of the lighthouses had similar features to those that we have visited in Michigan. I thought it might make for an interesting post, and with winter here I finally found the time to start putting it together. Take a look at the pictures in this post and let us know if you see the similarities we see or if there are others that we forgot! Here is our list of Michigan Lighthouses and their Wisconsin Lighthouse lookalikes. 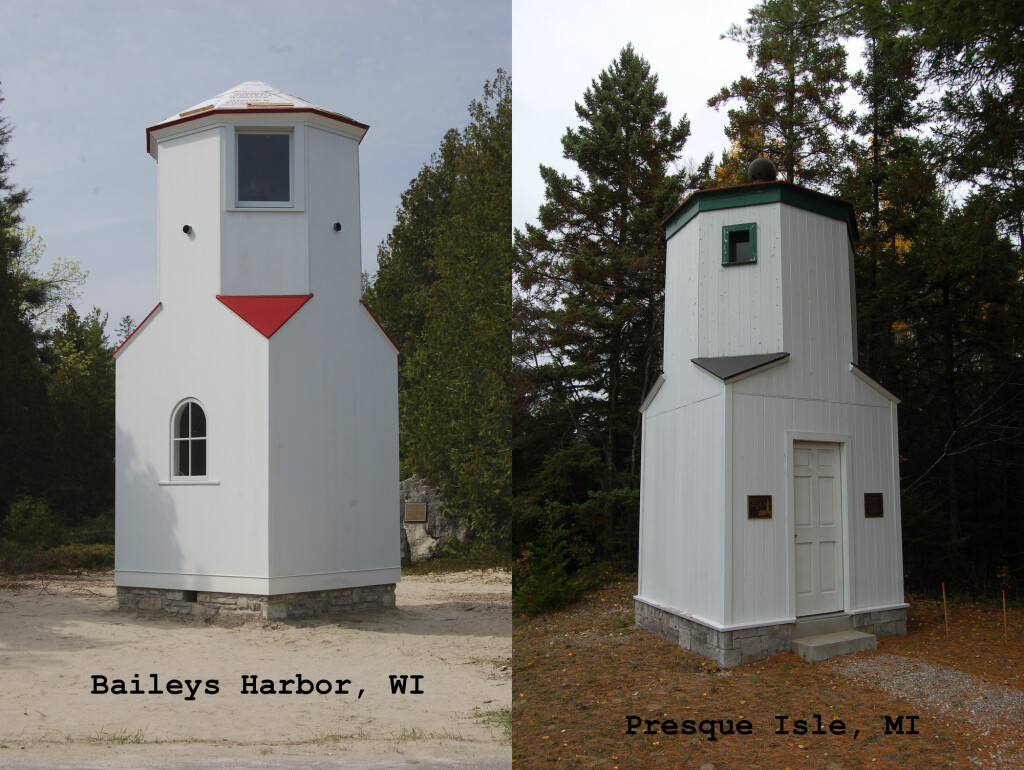 Milwaukee Pierhead (WI) and Muskegon South Pier Light (MI) – The first obvious similarity here is that both towers are red, but they are also both cylindrical towers with steel band exteriors. The Milwaukee light was built in 1872 and is 42 feet tall, the Muskegon light is a bit newer (1903) and taller (48 feet).

Wind Point (WI) and New Presque Isle (MI), Seul Choix Pointe (MI) – These are three of the eight lighthouses designed by Orlando M. Poe. Other towers with similar design include Little Sable (MI), Outer Island (WI), South Manitou Island (MI), Grosse Point (IL), and Au Sable Point (MI). In the photo above you can see a similar color scheme in these three lighthouses, Wind Point (108 feet) and New Presque Isle (108 feet) are taller than Seul Choix (75 feet). The Wind Point attached keepers dwelling also looks a lot like the keeper’s housing at New Presque Isle. All three of these lighthouses are open as museums and the towers can be climbed. 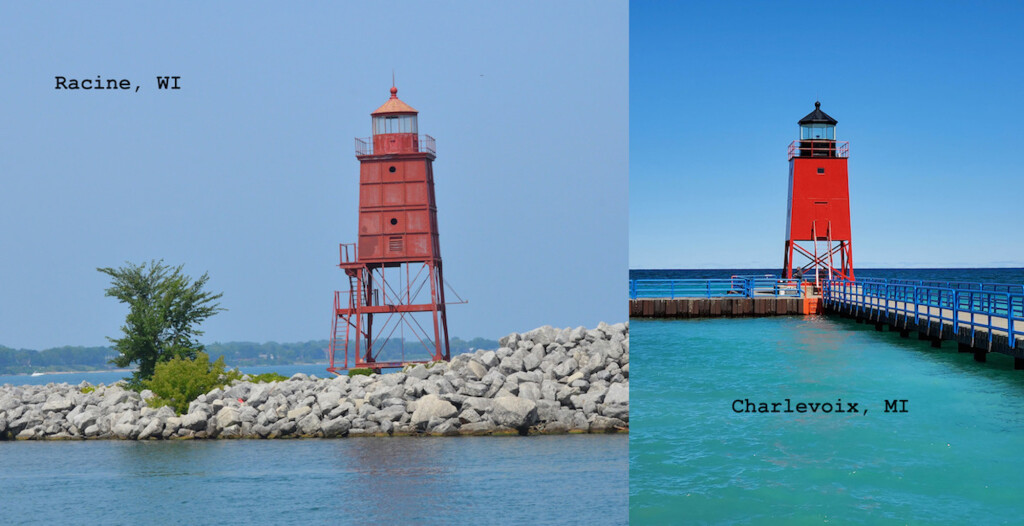 Racine Breakwater (WI) and Charlevoix South Pierhead (MI) – There are some design differences between these two lights, but both are red and square metal towers. The lights also have similar heights of around 40 feet, and see a great deal of recreational boat traffic ass by in the summer months.

Rawley Point (WI) and Whitefish Point (MI) – Both of these lights have tall skeletal steel towers and very similar Coast Guard housing. At 111 feet, Rawley is the tallest lighthouse in Wisconsin, while Whitefish Point (76 feet) is significantly older, dating back to 1849. 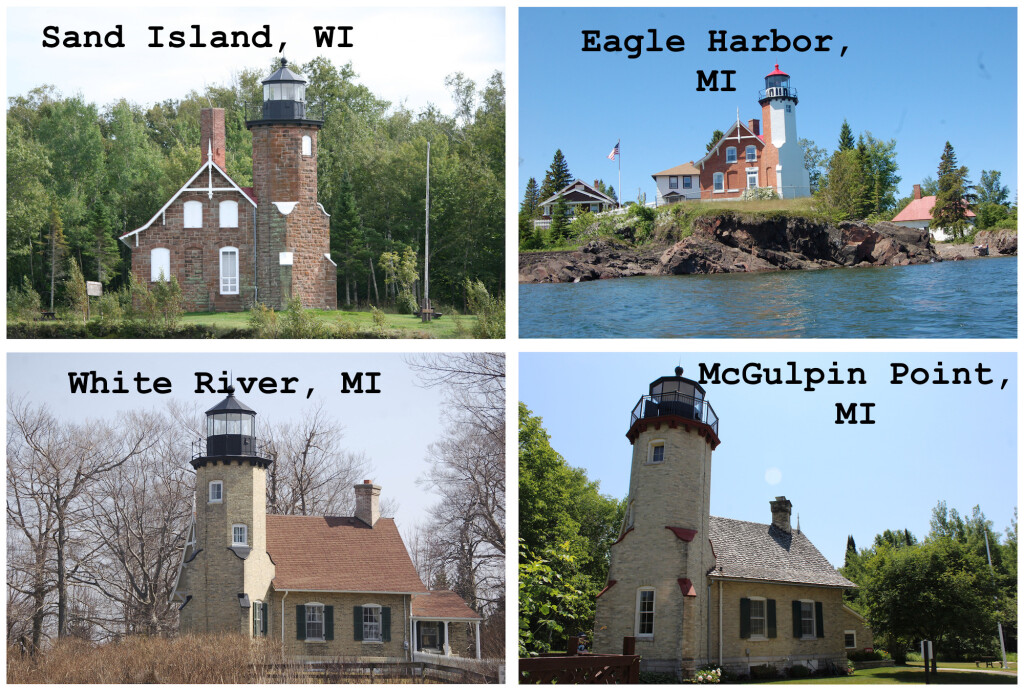 Cana Island (WI) and Big Sable Point (MI) – Two of the tallest lighthouses on Lake Michigan (Big Sable 107 feet, Cana Island 86 feet), these towers also share similar construction with interior bric and exterior steel plates. They also both went into operation around the same time (1867 for Big Sable and 1870 for Cana Island). Both lighthouses are open for tours and tower climbs.

Kenosha Pierhead (WI) and Grand Haven Pier (MI) – Both of these towers are red, both feature a tapered cylindrical cast iron design, and both are 50 feet tall. They also both went into service in the early 1900s. It is easy to visit either one of these lights and the piers they are on are popular fishing spots.