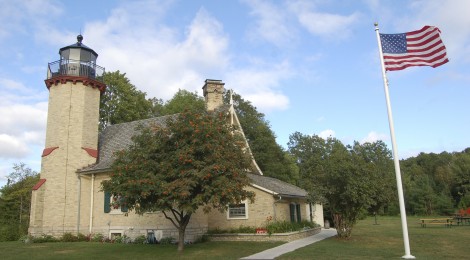 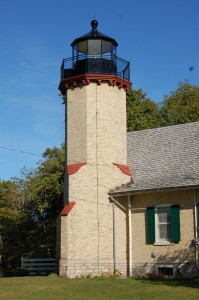 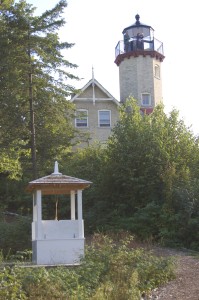 Several plaques behind the lighthouse give details on ships that were lost in the area. A newer addition to the lighthouse complex is a wood-chip trail that “will bring you back to 9,000 years ago, when our earliest inhabitants lived among these forests and made it their home. Walk the trail to discover native warriors who tread this ground and impacted world-wide events, and later meet the McGulpin ancestors who were the first Europeans to settle this property along the Straits of Mackinac.” 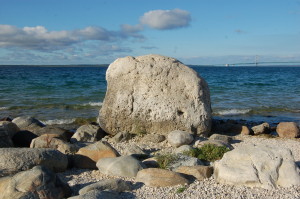 This trail comes out at the Lake Michigan shoreline where you can see the Mackinac Bridge and historic McGulpin Rock, which was a navigational aid for early explorers who came to the area (depending on water levels it may or may not be accessible).