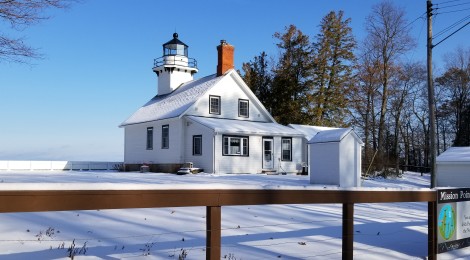 2020 is a Big Year for Michigan’s Mission Point Lighthouse

A couple weeks ago we featured the New Presque Isle Lighthouse, Michigan’s tallest Lake Huron lighthouse, and its 150th anniversary in 2020. This is not the only Michigan lighthouse celebrating a big anniversary this year – the Mission Point Lighthouse north of Traverse City also turns 150 years old in 2020, and it will host the Michigan Lighthouse Festival this summer. 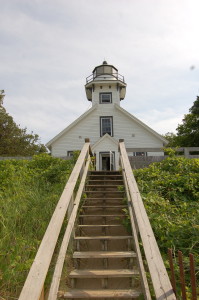 A quick history of the lighthouse, courtesy of http://www.missionpointlighthouse.com/: “During the 1860’s a large ship hit a shallow reef and sank just in front of where Mission Point Lighthouse now sits. It was at this point that Congress set $6,000 aside for the construction of the lighthouse. However, it wasn’t completed until 1870 due to the Civil War. Mission Point Lighthouse was first lit on September 10, 1870. From 1870 through 1933, Mission Point’s light kept the waters at the end of Old Mission Peninsula safe for mariners. It was in 1933 that the lighthouse was decommissioned and later replaced with an automatic buoy light just offshore.” 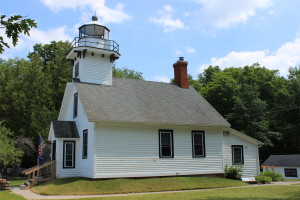 The lighthouse is built in the “schoolhouse” style and is painted white with black trim. Its tower stands 36 feet tall, though it gains 11 feet in focal height due to its location on a sand bank. When the Fifth Order Fresnel lens was operational it could be seen for 13 miles. The lighthouse was constructed as a one and a half story timber-frame dwelling with a short wooden tower. 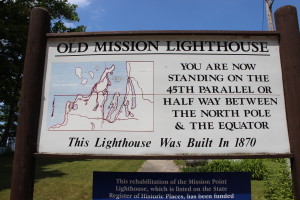 The 45th parallel (halfway between the Equator and the North Pole) runs just a few hundred yards north of the lighthouse. The Hesler Log House, a well-preserved pioneer cabin, sits near the lighthouse in the same park (see photo at bottom of page). The Michigan historical marker here reads: “From 1854 to 1856, Joseph and Mary Hesler built the house of hand hewn pine and hemlock logs fourteen miles south of here on the eastern shore of the peninsula. Joseph and Mary were from Canada and Ireland respectively, were among a number of Irish, English, Canadian, and Scottish immigrants living in the southern part of the township in 1860. Completed in 1856. the Hesler Log House typifies the first shelters built by early pioneers. Faced with acres of forest, they cleared their land, built a house with the timber, and planted crops. The Hesler’s sold the house in 1866. During the next 125 years it served as a private residence, housing for migrant workers, a school, and quarters for a bull. When the house was threatened with demolition in 1992, citizens rallied. The building was moved to this site and restored.” 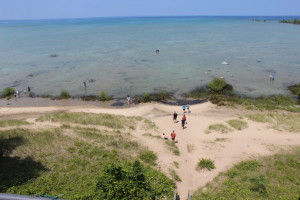 Since 2008 the Mission Point Lighthouse has been open to the public. Visitors can go inside the lighthouse and see displays depicting the history of the light as well as furnishings that restore the appearance to when it was operational. A highlight of visiting is climbing the tower for great views of Grand Traverse Bay. There is a small gift shop inside the lighthouse as well. A small fee applies for climbing the tower. A unique opportunity at this lighthouse involves volunteer keepers who stay at the lighthouse for a week or two at a time and help run tours and the gift shop. Find out more: http://www.missionpointlighthouse.com/keeper-program.html. 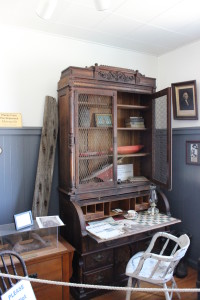 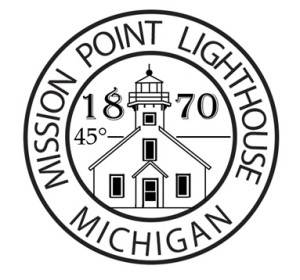 If you are participating in the USLHS passport program, the Mission Point Lighthouse has a stamp you can add to your book (minimum $1 donation suggested). 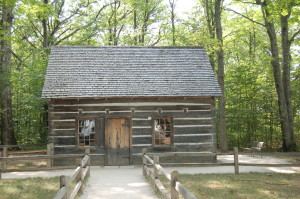 On your drive out to Mission Point Lighthouse, be sure to check out all the quilt barns on the peninsula, Jolly Pumpkin Restaurant and Brewery, Hop Lot Brewing in Suttons Bay, and wineries like Black Star Farms and Mari Vineyards.