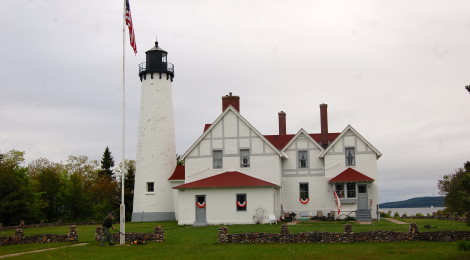 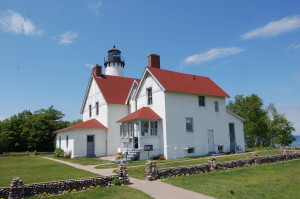 There are more than a handful of historic lighthouses in Michigan on the shores of Lake Superior, and most of them have been preserved for their historic value. The Point Iroquois Lighthouse can be found in the Hiawatha National Forest, just down the road from Brimley and a short drive away from Sault Ste. Marie. Today, this historic light that dates back to the 1870s is open to the public as a museum (operated by the NFS) and the tower is open to climb. Great views of Lake Superior and the Canadian shoreline can be found at the top of the tower, which stands 65 feet tall. 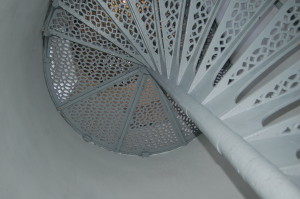 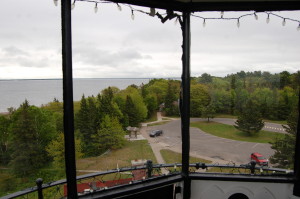 This area is an important one for mariners, as it lies between Whitefish Bay and the St. Mary’s River. All vessels heading to or from the Soo Locks must pass this point, so there’s always a good chance of seeing a freighter when you visit. 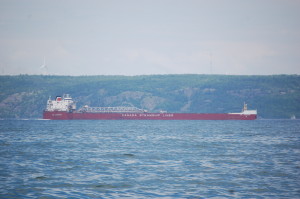 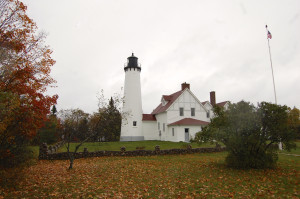 The lighthouse itself is constructed of white brick and features keepers quarters attached to the tower. The lantern room is black and the roof of the attached dwelling is red, and some great stonework is present in short wall fences around the lighthouse. A wooden boardwalk leads down to the beach, where rock picking is prime and the views are incredible. 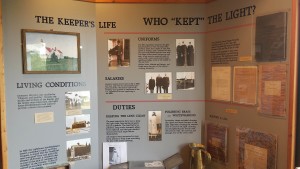 One of the apartments has been furnished as it would have appeared when the light was in service, giving visitors a peek into the life of a lighthouse keeper. The tower and museum are open to the public from Memorial Day through October 15, seven days a week from 10 am – 5 pm. 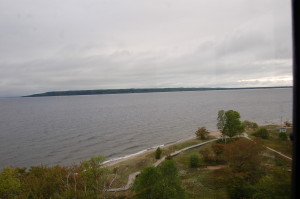 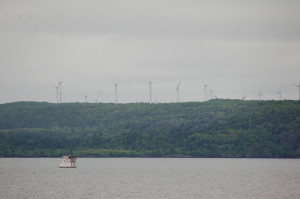 In 1962, the lighthouse was deemed no longer necessary thanks to the Gros Cap Reef Light, a Canadian lighthouse located in Lake Superior almost directly north of Pt. Iroquois. The Gros Cap Reef Light will be easily visible when you visit the Point Iroquois Lighthouse, as the red and white paint and large helipad help it stand out. Another interesting view from the tower is the Canadian shore, where the wind turbines are plentiful.

The lighthouse can be reached by following signs from the intersection of M-221 and W. Lake Shore Rd. near Brimley. From I-75, take the M-28 exit and head west to M-221, then head north on M-221 to W. Lakeshore Rd./Curley Lewis Highway and head west through Bay Mills and to the lighthouse. Another way to get here is to take 6 Mile Rd. west from its intersection with S. Mackinaw Trail in Sault Ste. Marie – this route will take about half an hour and passes Brimley State Park on the way.