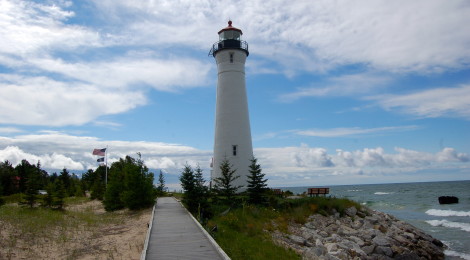 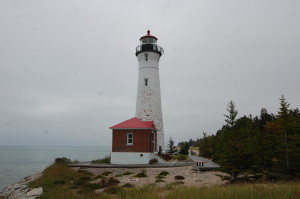 For many years in the early 1900s, the Crisp Point Lighthouse helped guide mariners past a dangerous section of Lake Superior waters. It is the only Michigan lighthouse between Au Sable Point (Pictured Rocks National Lakeshore/to the west) and Whitefish Point (to the east). Many years later, erosion threatened to destroy the entire lighthouse complex, and ended up claiming all but the tower. 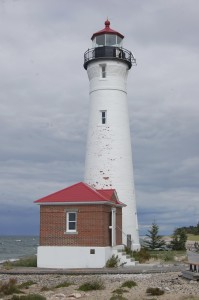 Today, thanks to the amazing efforts of the Crisp Point Light Historical Society, this lighthouse once again shines bright as a true testament to how successful lighthouse preservation efforts in this state can be. The light was also recently named as one of this year’s Michigan Lighthouse Assistance Program grant awardees as they will receive $25,000 towards the ongoing process of restoring the light and surrounding area. The 58-foot-tall tower still stands tall and is freshly painted, a new entrance building was constructed, a visitor center/store/restrooms building was added a few years ago, and shore stabilization efforts are ongoing to prevent further erosion. A visit to Crisp Point takes a little bit of patience and a drive of more than 17 miles on unpaved roads that can occasionally be in pretty rough shape. 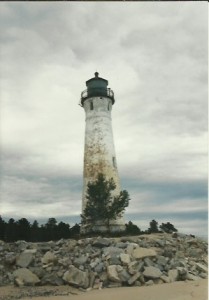 This lighthouse has always been a special one for us due to the fact that our first attempt to get to it was unsuccessful. In 1997 we carefully followed directions but found ourselves struggling with vehicle clearance, unmarked roads, downed trees and quickly disappearing daylight. This made us try even harder the following year, and when we finally arrived we found things in pretty rough shape (see photo above this paragraph). It was a few years before we made it back, and we were surprised the first time we visited and found preservation efforts in progress. Climbing the tower here provides some amazing views, and as an added bonus there’s a good chance you’ll be one of a handful of people back here at any time. 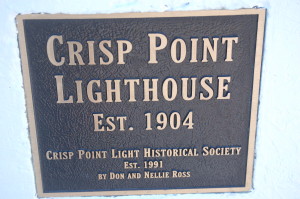 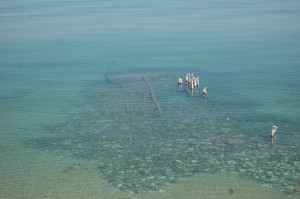 Volunteer keepers stay on the grounds during the summer months, taking care of upkeep and keeping the visitor building and lighthouse open. There is no fee for climbing the tower, but there are several places where donations are accepted. Maritime artifacts have been collected and are displayed throughout the grounds, and a walkway gives access to all points of interest while also helping prevent further erosion. 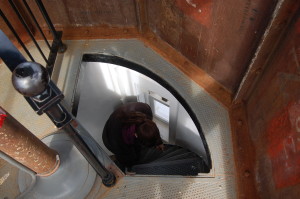 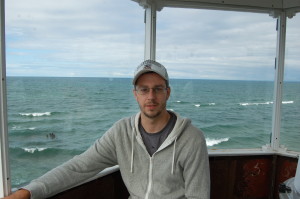 A trip to this lighthouse fits in well as an addition to a visit to Whitefish Point and the Great Lakes Shipwreck Museum and/or Tahquamenon Falls State Park. The roads are well-signed, but be aware that they can be in pretty rough shape in the spring or after heavy rainfall – as this recent news story attests to! 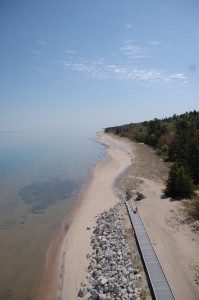 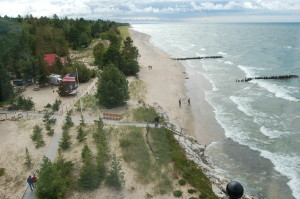 Directions: From M-123 about five miles west of Tahquamenon Falls, head north on CR-500. Stay on CR-500 past forks with several other roads until you reach the intersection with CR-412 about 12 miles in. Turn right on 412 and follow the many twists and turns as you get closer to the lake and the lighthouse (about another seven miles). Head over to http://www.crisppointlighthouse.org/drive.html to print a map and get the most up-to-date directions.