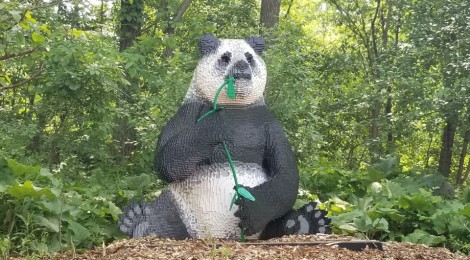 John Ball Zoo announced it will be getting a huge touring exhibit for the 2020 Summer season. BrickLive Animal Paradise will come to the Grand Rapids zoo from May 1st through September 7th. The exhibit features 40 life size animal sculptures built of building blocks. The sculptures will be seen throughout the zoo featuring animals that are housed at the zoo and some that are not. ‘

The John Ball Zoo is excited to get this exhibit and you should be excited to visit it in 2020 as well. The exhibition will “illustrate the importance of the preservation of endangered species by bringing important animal and habitat facts and statistics to life in an entertaining fun brick-built environment”. Guests should also expect this exhibit to make John Ball Zoo extra busy this summer season. When the Brookfield Zoo in Chicago hosted a similar Animal Paradise exhibit, it was one of the zoos most visited attractions since the zoo opened in 1934. 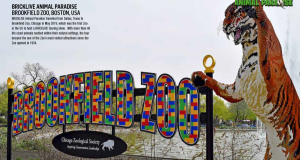 Animals to be featured in the BrickLive Animal Exhibit include: lion, snow leopard, ring-tailed lemur, rhino, giraffe, elephant, dolphin, and a panda. Visitors to the exhibit can also take selfies in a Safari Jeep created from building blocks or behind a life-sized photo frame made of building bricks.

You may be wondering how long it takes to put together one of these massive building brick pieces. The BrickLive website shows some of the statistics, which can also be found with their respective images in this article. The Giraffe features over 96,000 building bricks and took nearly 400 hours to create. 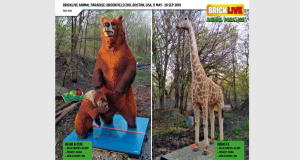 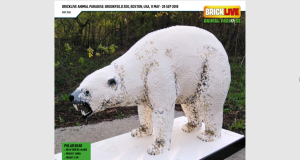 Along with the life size animals throughout the zoo, kids and adults will have a chance to build with similar bricks. New building bricks sets will also be available for purchase at the gift shop and at several retail kiosks throughout the zoo. 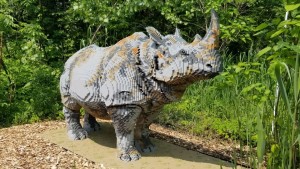 This exhibit comes to Michigan from Brick Live Group, a division of Live Company Group. The company has hosted tons of building brick exhibits around the world. The group creates replicas of animals, spaceships, Minecraft characters, Peppa Pig, and Paw Patrol characters to take around the world for kids and adults to see.

The BrickLive Safari featuring many of the same animals that will come to John Ball Zoo was at Brookfield Zoo in Chicago, and Franklin Zoo in Boston. John Ball Zoo will be the third U.S. zoo to get an exhibit from BrickLive. Grand Rapids also becomes the fourth U.S. city to host a BrickLive exhibit, following Dallas, Chicago, and Boston. Exhibits similar to this one launched in 2018 and have traveled to three continents. The company’s BrickLive Animal Paradise exhibit first appeared at Bird’s Nest Stadium in Beijing, China before coming to the United States. 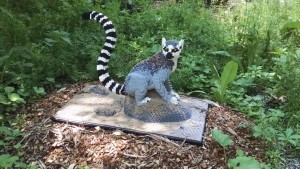 According to the BrickLive 2019 Yearbook, the company completed 71 shows in 14 countries. A total of 882 models were used in exhibits in 2019.

John Ball Zoo opens for the 2020 season on April 3rd and will be open through December 6th. Admission prices rang from $11 for seniors, college students, and children under 13 to $14 for adults. Guests who visit before and after the April 25th through September 27th season will also save a couple dollars on admission. Kids two and under are always free. If you think you or your kids will love this exhibit, you may want to consider buying a membership to give yourself the opportunity to go frequently. Individual memberships start at $50, while a family membership offers great value at $115. The memberships give you discounts on food and souvenirs inside the zoo, and also grant you discounts or free admission to hundreds of zoos in the United States.

Pictures appearing in this article are from the BrickLive website and 2019 Yearbook.