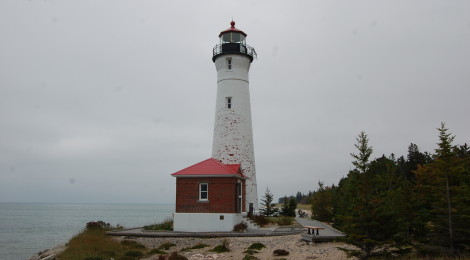 5 Michigan Lighthouses Will Receive State Grants For Improvements In 2015

Five historic Michigan lighthouses have been awarded 2015 Michigan Lighthouse Assistance Program grants to make improvements this year. The grants are funded by the sale of specialty license plates in Michigan that show the White Shoal lighthouse and feature the slogan “Save Our Lights.” These plates have been around since 2001, allowing the state to award more than a million dollars in grant money to help preserve lighthouses. Michigan has more lighthouses than any other state, and programs like this are vital to ensure that these historic structures are still intact for future generations. Here’s a look at the five grant recipients for 2015, with the exception of Crisp Point they are all pretty easy to get to and make for great additions to summer vacation plans! 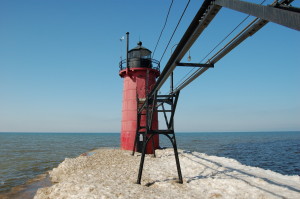 South Haven South Pier Light – This scenic red pierhead light is 35 feet tall and getting $22,000 for improvements that will include fixing up the nearby lightkeeper’s dwelling. A city park with a nice sandy beach provides a parking lot and access point at the end of Water St., and it is a short walk to the end of the pier and the lighthouse. A black catwalk leads from the light to the shore; this is one of only four that survives in the entire state (Manistee, Grand Haven, St. Joseph are the others). 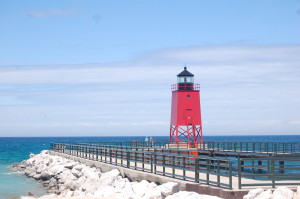 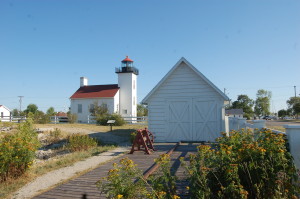 Sand Point Lighthouse, Escanaba – The Delta County Historical Society will be receiving $14,000 for their continued efforts in restoring and maintaining the Sand Point Lighthouse. This light was first lit in 1868, and the white tower stands 44 feet tall and is attached to a dwelling that has now been turned into a museum. For information on tours of the lighthouse, head over to http://www.deltahistorical.org/lighthouse.htm. 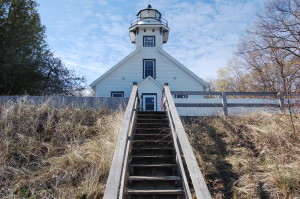 Mission Point Lighthouse – This historic lighthouse is found at the north end of the Mission Peninsula north of Traverse City, near the 45th parallel. Peninsula Township is receiving more than $44,000 for repairs and ongoing preservation efforts. Information on summer hours for tours of the museum and tower can be found at: http://www.missionpointlighthouse.com/