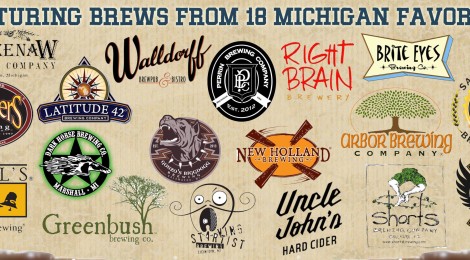 Barry County may not immediately stand out as a great place to host a beerfest. When you take a step back though, Barry County is perfectly located in between Grand Rapids and Kalamazoo, two cities that continue to win and place high on “Beer City” lists across the country thanks to the state leaders Founder’s Brewing and Bell’s Brewing, and also a growing number of other breweries. That’s what makes Barry County and 2016’s host city Middleville such a great idea for the Barry County Brewfest.

We recently had a chance to talk to Travis Alden, the President of the Barry County Chamber of Commerce & Economic Development Alliance. Alden was a big part of getting the event to take place and only recently moved to Barry County months ago.

Alden called West Michigan the “mecca” of craft beer and pointed out that Barry County is “smack-dab right in the middle” of Kalamazoo and Grand Rapids. Attendees can sample beers from 18 Michigan breweries at the event with a $25 ticket. Tickets will be available to purchase at the event until no one can fit at the event anymore, which they do not expect to have happen. The Barry County Brewfest is held Saturday August 20th from 1:30 pm to 8:00 pm.

The Barry County Brewfest will be held at the newly built pavilion in Middleville, making this a great event rain or shine. 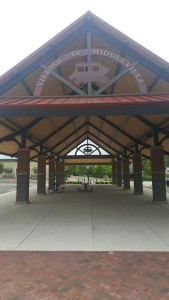 Despite being a first year event, a quick list of the breweries coming stands out to any fans of Michigan Beer. Alden told us that they were targeting a smaller number of breweries in their original plan, but were pleased with the number of breweries wanting to take place in the event.

Here is the list of breweries coming to Barry County Brewfest 2016 (Links to Reviews by Travel the Mitten):

There will also be one winery, with Barry County’s own Glass Creek Winery. All beer samples are 4oz. and cost one ticket. Each admission to Barry County Brewfest comes with five tickets, good for beer, wine, cider, or food. Additional tickets can be purchased for $1 each.

Travel the Mitten was present at the Michigan Brewers Guild’s annual Winter Beer Fest in February, held at Fifth Third Ballpark in Grand Rapids. More than 100 breweries brought beer to that event. One of the reasons Alden believes this could be a great event is the limited number of breweries. Alden said some larger fests have 400-500 beers and leave guests with not knowing where to start or being able to move around to all the breweries at the event.

We rated two Dark Horse beers as our favorites at the Winter Beer Fest. That makes us excited to try some of their beers once again. We’re also excited to try breweries we haven’t had the pleasure of tasting yet, which aren’t many at this event. Check out this impressive tap list for the event:

Barry County has only one brewery, Hastings own Walldorff Brewpub, which will be well represented at the event with five of their beers, more than anyone else. Walldorff is celebrating its 10th anniversary in 2016 and was the 65th brewery in the state of Michigan. This makes Walldorff one of the early entries in a market that now has more than 200 breweries across the state. You can see an interview with Walldorff owner Mike Barnaart and Travis Alden on Fox17 here.

As a former Barry County resident, I have tried numerous Walldorff beers and would highly recommend everyone check out their booth at the event. The award winning Bee Sting is their number one bestseller and a beer that people come back for. The seasonal Sundancer summer beer rivals many national and local favorites.

Something that is sure to make the Barry County Brewfest stand out is its Beard Derby, sponsored by Hastings own Heritage Beard Company. Prizes will be awarded for Overall Best Beard, Most Original Beard, and Thickest Beard. 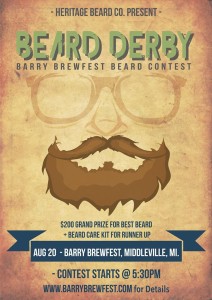 Also taking place in Middleville the same day of the Brewfest is the Great Lakes Cone Crusher Skateboard Slalom on Main Street. Barry County Brewfest is one of many events going on in Middleville over the weekend to celebrate the city’s Heritage Days.

Each attendee will receive a free 4.5oz souvenir glass. Pint glasses will be available for purchase for $5. Barry County Brewfest logoed t-shirts will sell for $12. Supplies are limited on these items and expected to sell out quick. 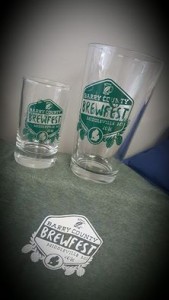 Attendees can enjoy food from the following vendors:

Something that makes Barry County Brewfest unique and already has us excited for year two is the plan to rotate venues annually. Alden pitched to us the idea of Barry County Brewfest being held at the new Thornapple Plaza in downtown Hastings, a waterfront location in Gun Lake, or a hop farm in Hickory Corners. Yes to all of these Travis!

If you don’t have plans for Saturday August 20th, I would highly encourage you to attend the Barry County Brewfest. Show some love for this first year event and help keep the Michigan Beer market growing. Use #travelthmitten on social media to show us photos from the event if you attend.

Big thanks to Travis Alden for taking the time to answer our questions and bringing us to the event.