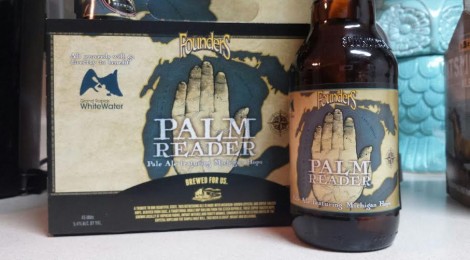 Founders Brewing Company has been a staple to the city of Grand Rapids for years and one of the big reasons why the city continues to win numerous “Beer City” titles across the country. Through distribution expansion, Founders beer can now be found in many states across the country. Founder’s newest beer Palm Reader is only being sold in the state of Michigan. The beer will also support the restoration of the Grand Rapids Whitewater.

Founders introduced a new pale ale with Michigan hops called Pal Reader. This beer will only be sold in the state of Michigan and hit shelves in late April. The beer features crystal and zyper-saazer hops, grown locally by HopHead Farms. The beer has “intense and fruity aromas” and “Citrus notes of crystal hops”. The beer is described by Founders as being “crisp, bright and delicious”. 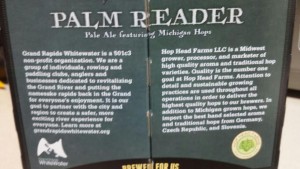 Palm Reader comes in at 5.4% alcohol. Bottles will be available in six packs (12oz.) with a suggested retail price of $9.99.

Proceeds from the sale of Pal Reader will help the restoration efforts of the Grand River, which have been ramping up since 2010. Founders is also using several other events to help boost the effort of fundraising for the Grand Rapids Whitewater project. 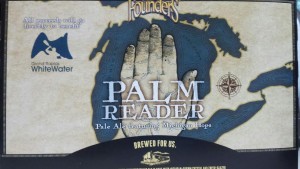 On September 10th, Founders will host “Tribute on the Grand” at Ah-Nab-Awen Park in downtown Grand Rapids. The event will feature local bands, tribute bands, and beer from Founders. The event will also feature a one of a kind beer dinner on the Gillette Bridge, which overlooks the Grand River. Tickets are expected to go on sale in June.

The Grand Rapids Whitewater is a 501c3 non-profit organization. The group is trying to restore the Rapids and has been endorse by the United States Environmental Protection Agency and the White House. A 2.2 mile stretch of the Grand River is estimated to have an economic impact of $15.9 to $19.1 million with the Rapids restored. Kayaking, fishing, rafting, and stand up paddle boarding are activities that would be enjoyed. For more on the Whitewater effort, check out their website here. 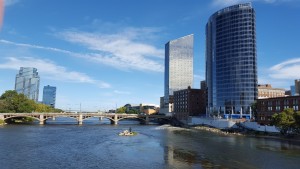 Founders continues to be an important part of the city of Grand Rapids. Thanks to their amazing beer, Grand Rapids will always be mentioned in any beer city list or poll. Founders continues to expand their lineup of year round beers and also introduce new limited edition beers. Sumatra Mountain Brown, an imperial brown ale, is also new to stores this summer. The 9% ABV beer will be added to the company’s specialty lineup and is part of its nationally recognized lineup of coffee beers. The beer is sold in 4 packs (12oz) with a suggested retail price of $11.99.

Don’t miss out on Founder’s Fest, the annual celebration of the brewery. This year’s event takes place on June 18th from 3pm to 11pm. 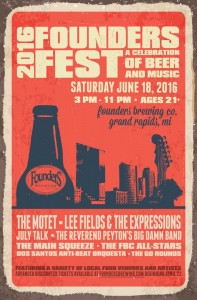