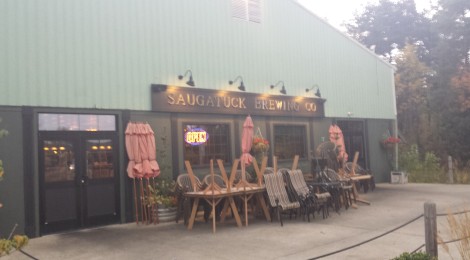 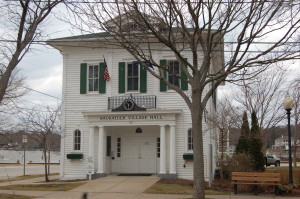 Thousands of people come to the Saugatuck/Douglas area each year to see the dunes at the state park, take in the beauty of the Lake Michigan shoreline, or experience all of the art and culture the two cities have to offer. One stop that the thirsty traveler should not miss when in the area is the Saugatuck Brewing Company, home to some delicious beers, good food and a great atmosphere. 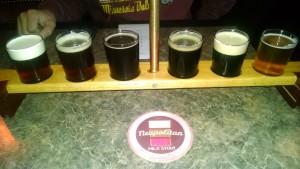 We ordered a flight of beers shortly after we arrived, trying the Maggie’s Irish Ale, Pumpkin Chai, Bonfire Brown, Pier Cove Porter, Boathouse Stout and Backyard IPA. There were 16 beers available on the day we visited, and we tried to stick with styles we liked while trying to try some of the brews that aren’t bottled regularly. The porter and stout were good, while the brown and pumpkin chai were great choices for the fall season. 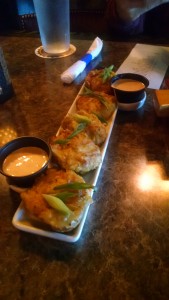 For food, we decided on the twice-baked potato bites appetizer, which brought a ton of flavor with bacon, parmesan and pepper jack cheese, green onion and chives. It was a great choice for something to munch on while trying out beers. 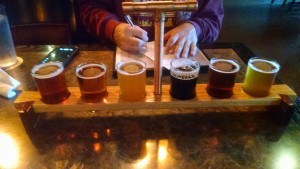 A second flight brought us Michigan Wheat, ESB Amber, Neapolitan Milk Stout, Starburst Wheat, Singapore IPA and The Haig (an American IPA). The Neapolitan Milk Stout was a great choice, and we included it on our list of 10 Michigan Stouts You Should Try. We also included the Singapore IPA, whose name pays homage to a village near here that was buried by sand in the 1870s, on our list of 12 Michigan IPAs you should try. 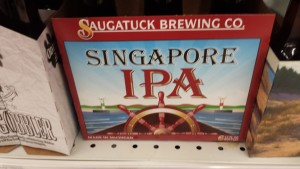 Many of Saugatuck’s beers are available across the state in bottles, and you can pick some of these to-go or grab a growler at the brewery. Saugatuck is in the running to be named the Best Coastal Small Town in America, and it’s easy to see why with fantastic attractions like this brewery. The state park is a great place to visit nearby in the summer, but is even more stunning in the winter – check out our photo gallery here: Friday Photo Gallery: Saugatuck Dunes State Park in Winter.