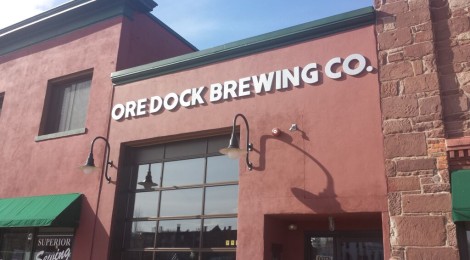 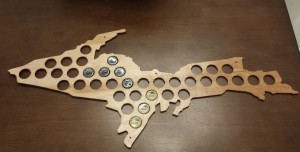 July is Michigan Craft Beer Month, and Travel The Mitten would like to remind you that just because your vacation takes you north of the Mackinac Bridge doesn’t mean you can’t track down some amazing Michigan beers. The Upper Peninsula now features 14 breweries (and growing), located everywhere from Tahquamenon Falls to Copper Harbor. We offer up this list of our six favorite U.P. beer destinations to help you celebrate Michigan Craft Beer Month this July. 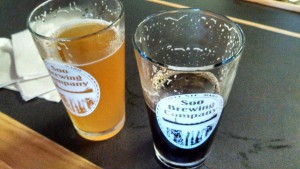 Located within walking distance of the Soo Locks, Soo Brewing Co. opened in 2011 and has been cranking out great-tasting brews ever since. They keep an updated tap list at http://soobrew.com/index.php, and while they don’t offer food beyond peanuts and pretzels they do allow take-out food to be brought in from area restaurants. 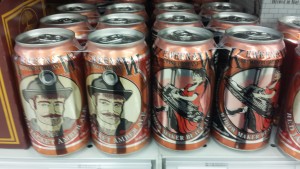 One of the U.P.’s “older” breweries, KBC offers up a wide range of styles at their taproom location in downtown Houghton. Pick Axe Blonde Ale, Red Jacket Amber Ale, Old Ore Dock Scottish Ale, November Gale Pale Ale, Widowmaker Black Ale and Lift Bridge Brown Ale are available year-round (and in cans), and each pays homage to local history/landmarks. They don’t offer their own food options, but are take-out/bring-in friendly. You’ll also find their beer on tap at many Upper Peninsula restaurants. 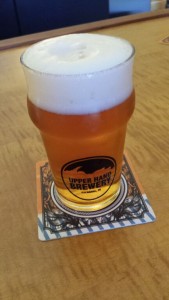 We recently had the chance to tour Upper Hand Brewery while visiting the U.P., and we left very impressed not only with the beer but with the way the entire operation runs. There is no taproom here, so you’ll have to settle for finding their beer at retail outlets or on tap at local bars. You can’t get these beers below the bridge, so be sure to stock up on Escanaba Black Beer, Upper Hand Lager and UPA before you head home! 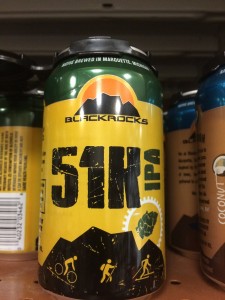 Although they’ve only been open for a little more than five years, the guys at Blackrocks Brewery have grown into one of the largest breweries in the U.P. A solid lineup of great tasting beers has been well received by locals and visitors alike, and an ever-changing array of experimental or limited release brews helps keep things interesting. You can find their three mainstay cans in retail outlets across the state, or stop in to their tap room just north of downtown in a yellow house. A food truck stops by on weekends with tacos and more. We recommend the 51K IPA and the winter seasonal North Third Stout. 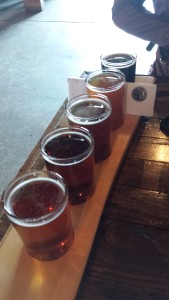 Located in a remodeled downtown building that is more than 100 years old, Ore Dock Brewing has found quite a bit of success in a few short years in Marquette. The old ore dock that they draw their name from is just down the hill, and brews like Dead River Drops (Saison) pay tribute to the local area. Popcorn is available and live music is frequently offered. We recommend the Bum’s Beach Wheat and the Porter, which are also available in bottles at the brewery and local stores. 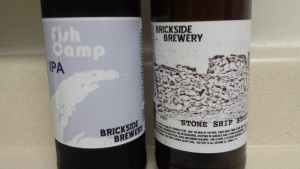 You won’t find a Michigan brewery any farther north than Brickside Brewery in Copper Harbor. There is no food on site, but there is plenty of good beer. You’ll want to make sure you had a solid lunch or dinner before grabbing a pint of Brickside beer, as most of these tasty brews check in with a 6% or higher ABV. We recommend the Stone Ship Stout, which pays homage to the Veteran’s Memorial in Kearsarge.

The wooden beer cap map of the Upper Peninsula at the top of the post is available from the guys at Beer Cap Maps in Wisconsin. Check out their website at: http://www.beercapmaps.com/.