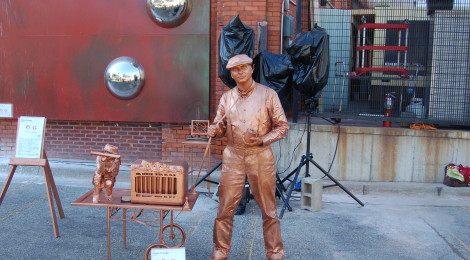 Photo Gallery Friday: A Look Back At ArtPrize 2009 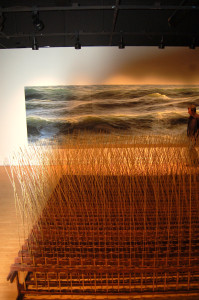 In just a few weeks, downtown Grand Rapids will be filled with hundreds of thousands of visitors as ArtPrize Seven kicks off. This unique event, referred to as the World’s Largest Art Competition, will feature work from more than 1,500 artists. Public vote determines who takes home the prize money in this competition, with $720,000 in grants and awards up for grabs. This event has grown quite a bit from its first incarnation in 2009, so we thought we’d take a look back at some of the pieces we saw during the first ArtPrize. Ran Ortner’s “Open Water no. 24″ (shown above, on the wall in back) took home the top prize and $250,000 in 2009.

Popular venues for the 2009 version of ArtPrize included the Grand Rapids Public Museum, Gerald R. Ford Presidential Museum and lawn, the Grand River, the “Blue Bridge,” the parking lot and inside of The B.O.B. and the Grand Rapids Art Museum.

This year’s contest runs from Sept. 23-Oct.11 and more information can be found at http://www.artprize.org/.