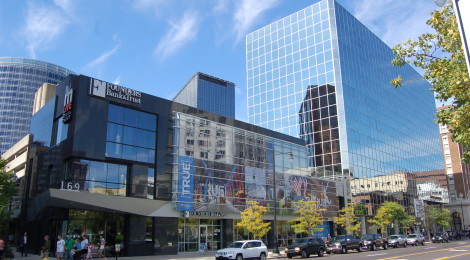 Photo Gallery Friday: A Look Back At ArtPrize 2014 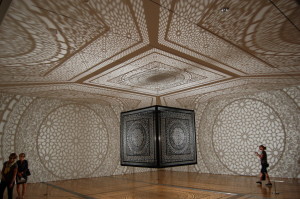 ArtPrize Seven is in full swing, and hundreds of thousands of visitors have already made the trip to downtown Grand Rapids for the world’s largest art competition. We have already taken a look back at some of the art from the 2009, 2010, 2012 and 2013 editions of the competition, and now we turn our attention to last year’s event. ArtPrize 2014 saw “Intersections” by Anila Quayyum Agha take home the top prize in the public vote and also tie for the top juried award (shown above and in photo gallery). This year’s event runs through Oct. 11, and we’ll be back next week with our look at some of our favorite pictures from ArtPrize Seven.

Stay up to date with all things ArtPrize at https://www.artprize.org/.