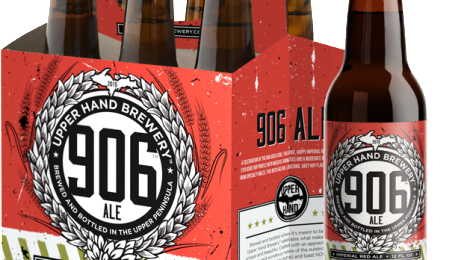 Did you know the entire Upper Peninsula has only one area code? In 1961, the Upper Peninsula officially split from the 616 area code and began operating with 906. Today, 906 is one of the largest area codes east of the Mississippi covering more than 16,000 square miles. The lower peninsula is represented by 10 different area codes, but only one is needed for the legendary Upper Peninsula. 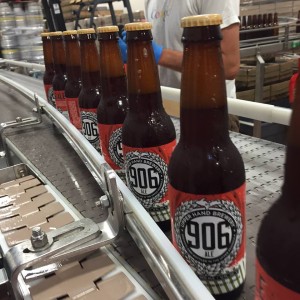 Upper Hand Brewery recently released 906 Ale across the Upper Peninsula. The beer is “a celebration of the 906 area code”, according to the brewery located in Escanaba. Upper Hand describes the flavor of 906 Ale as “huge, hoppy ale features an explosive hop profile with massive aromatics and a moderate body. Deep, ruby red from specialty malts, this beer has big, lingering, juicy hop flavors and bitterness. Equally bold, but more balanced than UPX”. Wondering what the alcohol content is of the beer? If you guessed 9.06%, you’re correct.

If you’re not familiar with Upper Hand Brewery, it’s time to get to know the Escanaba brewery opened by the founder of Bell’s Brewery. We had the chance to tour the brewery earlier this year and also try several of the beers. Production manager Sam Reese was kind enough to also share his five favorite places in Michigan with readers of this site.

Larry Bell, president and founder of Bell’s and Upper Hand had this to say of 906 Ale, “We brewed 906 Ale to pay homage to the people and communities that make the U.P. the unique and beautiful place that it is.” 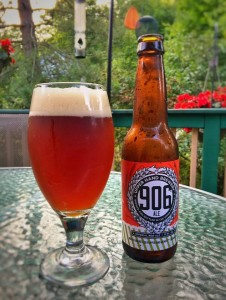 Despite its large land size, the 906 area code is one of the least populous in the nation serving only 311,361 people (as of 2010 census). Several low population states are served by only one area code. The Upper Peninsula continues to be an undiscovered gem of natural beauty for the state of Michigan. Recently, Michigan was named the best state in the nation by Thrillist. The Upper Peninsula played a big role in that as Thrillist said, “the UP is so remote and uniquely beautiful that it almost feels like a secret 51st state.” 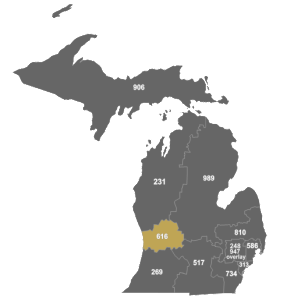 If you’re reading this post from the lower peninsula or another state, you’ll have to plan a trip to the UP to try 906 Ale. The beer, just like Upper Hand’s others, is only available in the Upper Peninsula. Distributors of the company’s other beers shipped cases out over the last two weeks. Along with in store availability, Upper Hand is also offering 906 Ale at several upcoming events.

The big highlighted event would be the 7th annual U.P. Fall Beer Festival in Marquette on September 12th. This event, which runs 1pm to 6pm, features more than 60 breweries. Upper Hand will be serving several of its beers including: Yooper, Escanaba Black Beer, UPA, Upper Hand Lager, and 906 Ale. Yooper is not in bottles yet and 906 Ale is a limited release, so this festival is definitely worth your consideration.

If you do go the U.P Fall Beer Festival or are in the area around that time, Bell’s and Upper Hand are teaming up for several pre and post festival events. Check out Upper Hand’s page for more details.