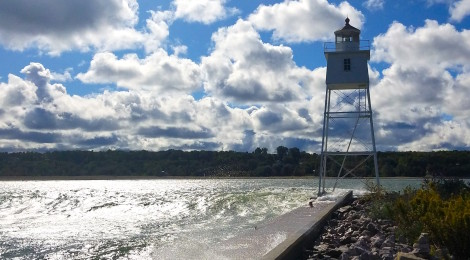 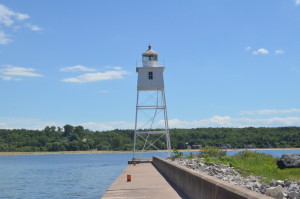 Grand Marais, Michigan is located on Lake Superior at the eastern end of the Pictured Rocks National Lakeshore. Though a permanent settlement wasn’t established here until the 1860s, it had been known as a harbor of refuge for those traveling on the lake for many years before that. The Grand Marais Harbor Lights were built in the 1890s, at a time when shipping traffic on Lake Superior had increased. 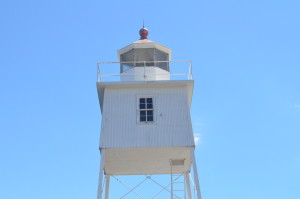 This area is now a year-round tourist destination, thanks to its opportunities for snowmobiling, hiking, boating, fishing, kayaking, swimming and more. Lumbering, fur trading and fishing are two of the industries that rose to prominence over the years here. 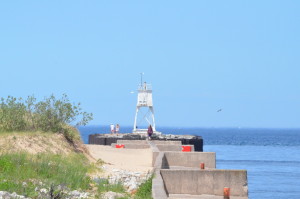 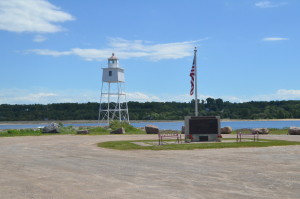 The Grand Marais Commercial Fisherman’s Memorial is located in the parking area near the inner light. It pays tribute to those that have lost their lives while fishing on Lake Superior. 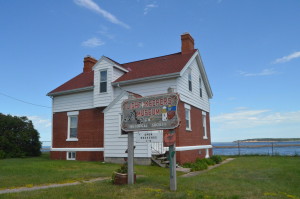 The former lightkeeper’s house near the inner light was built in 1908. It is now in use as a museum – “The Grand Marais Historical Society received the house in 1984 and began its restoration. Through the generosity of many donors, the museum now contains items that were in use at the turn of the century”; find out more at http://www.grandmaraismichigan.com/historicalsociety/index.html. 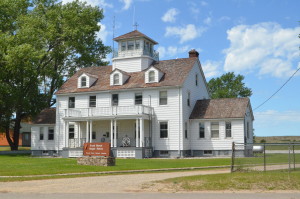 Another building of note near the parking area is the U.S. Coast Guard Station. This building is now used as a Ranger Station for the National Park Service. The last land based radio communications with the Edmund Fitzgerald were made from the Grand Marais station late in the afternoon of that fateful November 10, 1975.