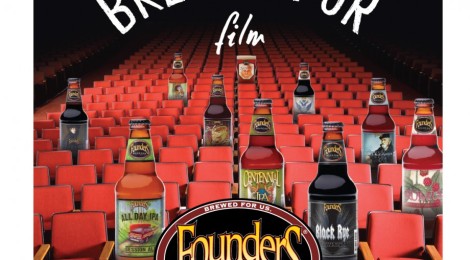 Watch Your Favorite Movies at Celebration Cinema With Founder’s Beer 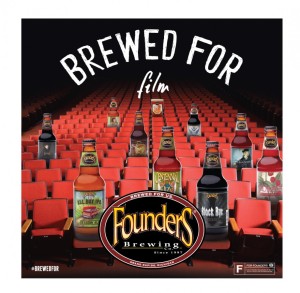 Celebration Cinema has teamed up with one of the biggest breweries in the state of Michigan to give movie goers an excellent viewing experience. Starting on March 25th, residents can go to Celebration Cinema North every Wednesday night to see an old movie paired with a beer offering from Founder’s.

The movies will feature many fan favorites and cult classics. Here is a look at the official movie lineup and each movie’s respective pairing:

Now as you can see some of these movie pairing come with obvious similarities. Dirty Rotten Scoundrels and Dirty Bastard share part of their name and Red’s Rye IPA should pair well with Red, a main character in The Shawshank Redemption (played by Morgan Freeman).

The majority of the showings feature pairings of Founders beers that are offered year round like All Day IPA, Dirty Bastard, Red’s Rye IPA, Centennial IPA, Pale Ale, and Porter. Others are seasonal beers that are available for a limited time like Imperial Stout (January through March), Black Rye (January through March), Curmudgeon Old Ale (April through June), and Rubaeus (April through September).

The excellent news is movie tickets will cost only $1 each. The bad news is tickets will not be sold online or ahead of time. Instead, according to Celebration Cinema on Twitter, tickets will be sold on a first come first serve basis. This means attendees should prepare to get to the theatre early. While there waiting for the show, Founders will be doing trivia and several giveaways. No word on how much the beer will cost at the movies yet.

Founder’s continues to be one of the biggest and best reviewed breweries in our state. All Day IPA and Centennial IPA made our own list of Michigan IPAs (12 Michigan IPAs You Should Try) you should try. All Day IPA continues to win praise around the country and world for its lower alcohol content and nice taste for an IPA. On Ratebeer.com, Centennial rates among the best reviewed IPAs with a 99 rating.