Browse: Home   /   Arts and Entertainment   /   Celebration Cinema and Founders Back With Great Movies and Beer Combinations 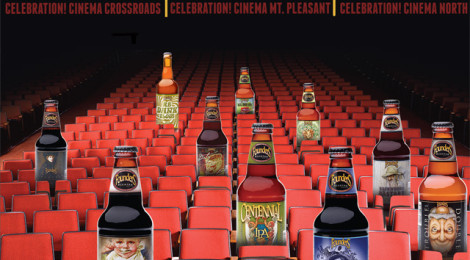 Celebration Cinema and Founders Back With Great Movies and Beer Combinations

Celebration Cinema and Founder’s Brewery are back with their awesome Brewed For series. For the third time, the movie theatre chain and popular Michigan brewery will bring old cult classic movies and beer pairings to fans over the months of February, March, and April.

We profiled the Fall and Spring 2015 showings in this series previously. The event continues to grow and Celebration Cinema announced it was adding additional theatres. The movie and beer pairings can now be seen on Wednesdays at 8pm at:

The full lineup is: 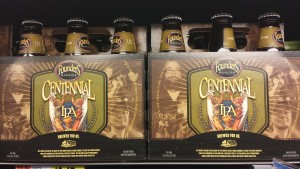 This event is a great chance to see some old movies, possibly on the big screen for your first time. It is also a great chance to try new Founders beers and enjoy some limited release harder to find beers. Imperial Stout is only available in January and March. Azacca IPA is only available in January, February, and March. Curmudgeon Old Ale is around only in March and April. Mosaic Promise is around April through September. The other beers are all offered year round. All Day IPA and Centennial IPA are two of our favorites here at Travel the Mitten. Both Founders beers made our list of 12 Michigan IPAs to try.

If you’re planning on making it to multiple events, the Brewed For Film Pass. For $25, you receive admission to all the shows and one free weekly featured beer at each show. This is a slight change from the prior session, which saw $1 off all beers. The big thing to remember here is that while admission is free for all shows, it is not guaranteed and still on a first come first serve basis.