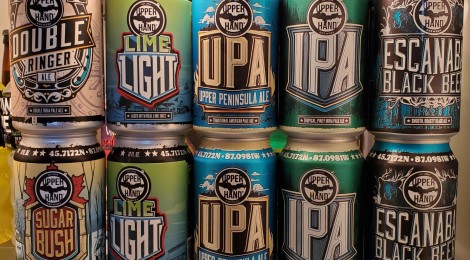 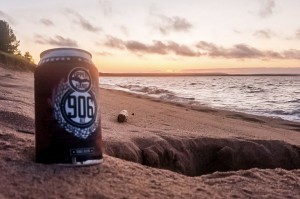 Upper Hand Brewery was launched in November 2014 in Escanaba, Michigan. As a division of Bell’s Brewery (Comstock, MI) their focus was on making beers that celebrate the Upper Peninsula with a distribution model that focused exclusively on the U.P. (and later northern Wisconsin and Minnesota). As these beers have proven more popular over the years, many Michigan travelers from below the Mackinac Bridge have made bringing home Upper Hand beer part of their journeys to Escanaba, Marquette, Sault Ste. Marie, and other locations. Earlier this week Bell’s Brewery founder Larry Bell announced that Upper Hand Brewery beers will soon be available to all Michigan residents – below you will find all of the details on when that will happen and what beers we think you should be looking forward to getting your hands on! 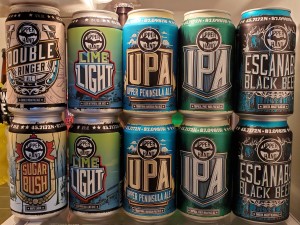 The first phase of Upper Hand distribution in the Lower Peninsula will see Northern Michigan distribution of Upper Hand Light, UPA, and Upper Hand IPA. Full Lower Peninsula distribution will follow in 2021. Follow along on Upper Hand’s website and Facebook page for all the latest details. We’ve made Upper Hand beer part of our U.P. trips for the past six years (including a tour of the production facility in 2015) and have been fortunate to try many of their beers. Below is a guide to their year-round options as well as some of the seasonal favorites you’ll want to keep an eye out for: 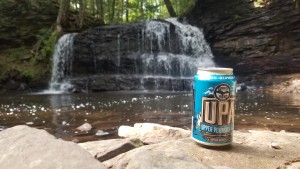 UPA (Upper Peninsula Ale) – This low ABV (5.5%) pale ale was one of the first Upper Hand releases and remains a favorite due to its excellent flavor and crisp, moderately bitter finish. 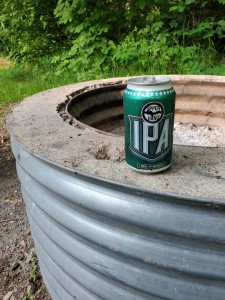 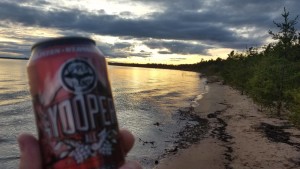 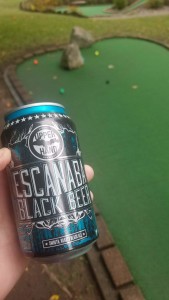 Escanaba Black Beer – One of our favorites, this dark beer is perfect for any type of year. It’s roasty and full of flavor but not heavy like a stout. 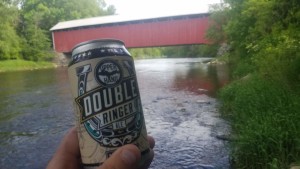 Seasonal favorites that are released periodically include

Deer Camp – A smooth and light amber lager brewed with U.P. fall traditions in mind, Deer Camp is the perfect companion for a trip to the cabin.

Double Ringer – While most Upper Hand releases are low-ABV, this piney and fruity double IPA comes in at 10% with a ton of flavor. 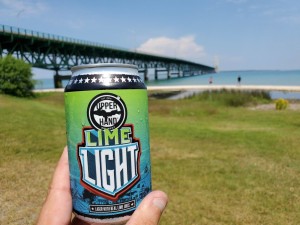 Fruited Light Series – Using Upper Hand Light as a base beer, each of these three beers see a different fruit added for refreshing flavor. Lime Light can currently be found across the U.P., and Sun Light (pineapple and passionfruit) and Red Light (cranberry and watermelon) will follow throughout the summer. 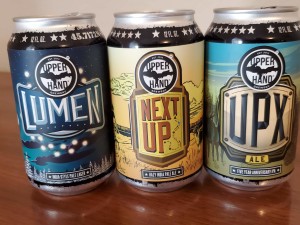 Lumen – If you get a chance to try this crisp IPL, do it. It’s a great change of pace, combining all of the great parts of an IPA and a lager at the same time.

Next Up – Upper Hand’s version of a New England IPA is “juicy with flavors of apricot, mango, and orchard fruits, finishing with a sweet and malty backbone.”

Sugar Bush – Could there be a better winter beer than this “red lager has a kiss of caramelized sweetness and a dash of Upper Peninsula-harvested, open vat maple syrup”?

UPX – Recently released again to celebrate the brewery’s fifth anniversary, UPX was the first specialty beer they produced and is an excellent example of a West Coat style IPA. 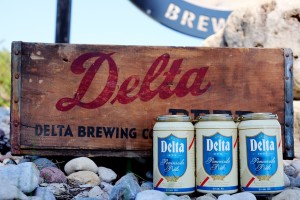 Upper Hand also recently announced the “Delta Series,” a collection of six beers following the historic styles produced by the Delta Brewing Company of Escanaba in the 1930s and 1940s. These beers will be available in a limited U.P. distribution area the rest of 2020.