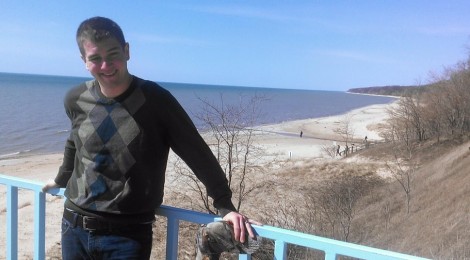 Imagine attempting to bend over and tie your shoes and having severe head pain. This is what happened to Justin Caine while riding to his first day of 4th grade at the age of 10. Caine had triggered a massive brain hemorrhage, caused from a cancerous brain tumor.

Caine tells the rest as this:

“Weeks later, after waking from a medically induced coma, I had lost the ability to walk, talk or swallow. I spent months and years relearning these basic functions, and eventually returned home and back to school, where I graduated on time from high school and attended Lansing Community College in Lansing, MI.”

Justin Caine never competed in sports in high school or college. Due to having residual physical disabilities, Caine never gave a second thought to sports. Caine suffers from ataxia, the loss of full control of bodily movements. In 2014, Caine began participating in track and field events.

In 2015, Caine competed in the Michigan Victory Games, held for people with physical disabilities. Caine’s achievements in discus, shot put, and long jump all qualified him for Nationals. Caine went on to compete in two US Track and Field sanctioned events, where he won two golds and a silver.

Aside from athletics, Caine has made a name for himself as an entrepreneur (see LinkedIn) and disabilities advocate. Caine is a member of the Michigan Development Disabilities Council and the Leadership Council for the Small Business Association of Michigan. Caine has also served as President of the Boom Awards (Be Our Own Motivation) and Beyond Our Barriers (helps disabled individuals get jobs). Caine is the co-owner of Good Fruit Video, a media production company. Caine was a finalist for the 2016 Charles T. Kuntzleman “Accepting the Challenge” Award.

The US Trials for the Paralympic Games in Rio begin June 30th in Charlotte, North Carolina. There are 201 athletes registered for these track and field/swimming events and Caine will be among them competing for a spot to represent the United States on the World stage. Caine will compete in shot put, long jump, and discus. The Paralympic Games will be held September 7th and 8th. We will be cheering Justin on every step of the way! 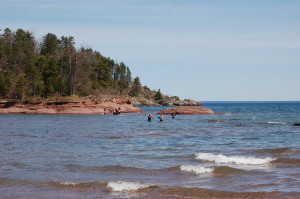 Caine picked this popular destination in the most populous Upper Peninsula city as his top place in Michigan. While many have memories here, few can say they were married here like Caine can. Caine called Black Rocks/Presque Isle Park “awesome and beautiful and quaint”. 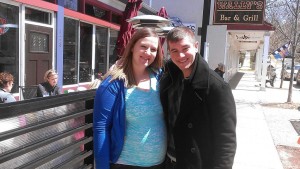 Justin Caine Saugatuck with his wife on babymoon

Saugatuck is often seen as a romantic destination and hidden gem in Michigan. Caine selected Saugatuck as a top five favorite spot thanks again to its special family meaning. Caine and his wife spent their baby-moon (final vacation before a child is born) in Saugatuck. “It’s such a cool little town!” Caine told us. (Check out Saugatuck’s mayor’s top five Michigan places). Cover photo above is Caine in Saugatuck as well. 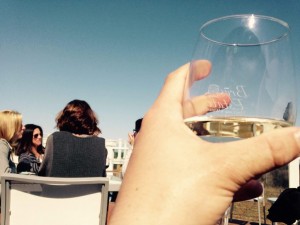 If you’re not familiar with the Traverse City area and its numerous wineries, consider a visit. Caine selected this region thanks to a visit there and his fond memories. Caine calls Traverse City “a beautiful area with great wine!” 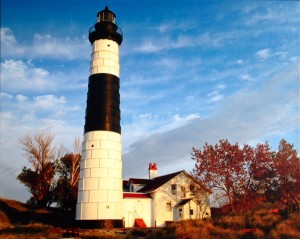 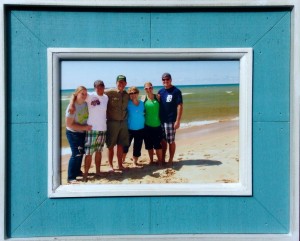 Justin Caine with his wife, dad, step-mom, step-sister, and brother-in-law in Ludington

Ludington, which I also picked as one of my (Chris’s picks) top five places in Michigan, was selected by Justin Caine as a top five place in Michigan. Caine calls Ludington “a vacation spot for our whole family”. While there is much to do in Ludington, Caine singled the city out as “a great place for hiking and fishing!” 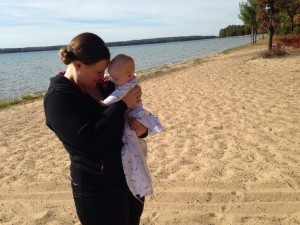 You can see how much family means to Caine with his selections. Hartwick Pines/Higgins Lake is no different as it is a frequent destination for Caine and his family. “I grew up going to Higgins with my family and now my family goes up there every summer,” Caine said. Hartwick Pines and Higgins Lake were featured in our state parks bucket list.

We hope you have enjoyed this latest in our My 5 Favorite Places in Michigan segment. Be sure to check out other picks from our featured guests.

Be sure to head over to Facebook and like Justin Caine’s fan page. You will get updates on how his journey to Rio is going. Caine is also on Twitter with the appropriate handle @CainePainTrain. If you would like to help Caine and his journey towards Rio, you can also donate through the following GoFundMe page.

For more on Justin Caine, check out these great pieces: