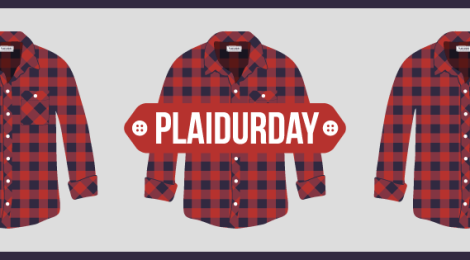 Plaid has been around a long time and if you live in Michigan there’s a good chance you own some in your closet. Plaid of course is the English word derived from tartan, a pattern of two or more colors crossed horizontal and vertical on woven cloth. The pattern traces its way back thousands of years. On Friday October 2nd, we can once again celebrate all that is plaid with the annual “Plaidurday”.

If you’ve never heard of Plaidurday, chances are you’re not alone. The holiday, celebrated the first Friday of every October, was created in 2011 and continues to pick up press and publicity every year. The holiday was started by Justin “Bugsy” Sailor, a Michigan born Upper Peninsula native. Bugsy was residing in Lansing at the time of the holiday’s creation and credits being teased for constantly wearing plaid to work as the brains behind the holiday. From the website Plaidurday describes its founder as, “the part ginger, full-Yooper, plaid-wearing man was destined to create the greatest holiday that ever existed.”

Now with Plaidurday, Sailor and other fans of plaid have the perfect day to celebrate and show the world how wonderful the pattern is. The Plaidurday website lists some helpful tips on how you can celebrate Plaidurday:

If you’re looking to celebrate your plaid with others, you’re in luck in certain parts of that state. Each year, Lansing holds a celebration and takes a group photograph of everyone in plaid. This year the “Lansing Goes Plaid 4.0” is scheduled for 4pm. In Marquette, plaid lovers will head to Blackrocks in Presque Isle Park at 5:30 pm for a celebration and photo. More than 150 people on Facebook are currently listed as going for the invitation. 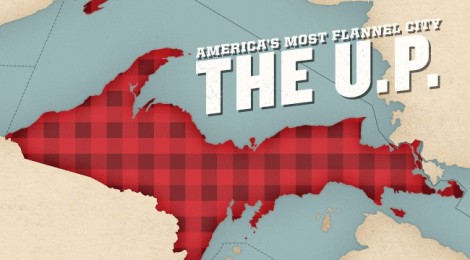 Michigan loves it some plaid, so it comes as little surprise that this holiday has a connection to the state. The Upper Peninsula in particular with its outdoors, nature, and isolation, proves to be the perfect starting point for Plaidurday. A March Madness style tournament put cities across America up against each other to determine the “Most Flannel City”. The Upper Peninsula was grouped as one city and eventually outlasted other Final Four cities of Denver, Duluth, and Anchorage to win the crown. In the finals, the Upper Peninsula won with a vote of 13,200 to 4,214.

It seems that each year more people catch onto the holiday. Bugsy Sailor has been tweeting and trying to get Ellen Degeneres’s attention, which could make the holiday quickly go viral. In other news, Target continues to rollout additional plaid pattern merchandise and even lists Plaidurday on its site for a list of popular culture references involving plaid. That list also includes Paul Bunyan, who is perhaps the best known plaid wearing Michigander of all time.

Be sure to check out the official Plaidurday Facebook page to find out more about the holiday and possible events in your area. Use the hashtag #Plaidurday to show off photos of you or a group wearing plaid this Friday on social media.