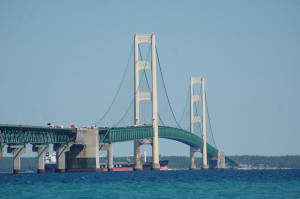 Chances are you’ve seen a Pure Michigan commercial on television during your local regional or national broadcasting on television. The unmistakable voice of Tim Allen talks about some part of Michigan that you should visit. Well, the big question for some might be whether or not these commercials are helping the state, as after all taxpayers are footing part of the bill. The answer I draw from recent reports is yes.

In 2014, the state of Michigan spent $12.4 million on regional and national advertising campaigns for the Pure Michigan campaign. In return, those dollars generated 4.1 million trips to the state by out of state residents and generated $1.21 billion in new visitor spending. The money spent in the state by these out of towners also gave the state $85.3 million in tax revenue. That equaled out to a return of $6.87 for every dollar spent by the state, besting the $6.66 seen in 2013.

In 2014, the Pure Michigan campaigns focused on a new Great Lakes advertising medium. There was $8.7 million spent on this campaign, which was 2.2 million visits as a result and $569.0 million in new visitor spending. This brought in $39.8 million in state tax revenue and a nice return of $10.69 per dollar invested.

Since 2006, Michigan has spent over $95 million on its Pure Michigan advertising efforts. The results have led to 22.4 million visits by tourists from other states and $6.55 billion in new visitor spending.

Along with the increased money flowing into the state, the Pure Michigan campaign is also receiving national attention. Recently, Pure Michigan won several awards from the Hospitality Sales and Marketing Association International. This includes a Gold Medal for the six page print feature called “Hemingway’s Pure Michigan”, which focused on Petoskey. The state also won a Silver Medal for its television feature that focused on Tulip Time Festival in collaboration with the Weather Channel. 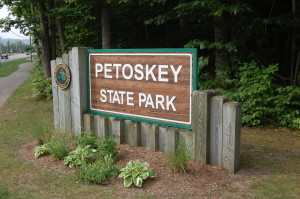 Michigan’s tourism segment had record revenue of $22.8 billion in 2014. A Michigan State University study found that hotel occupancy in the state was up 2% for 2014. Tourism spending also rose 1% in 2014, likely as a result of the extra visitors in the state from Pure Michigan. In 2015, the state plans on spending around $12 million to promote the Pure Michigan brand. National advertisements for the brand are planned during key morning shows like Good Morning America and The Today Show. The MSU study projects visitors in the state to increase by 1.5% and tourism spending to rise an impressive 2.5%.

Whether you’re from the state or an out of state resident visiting our blog, we hope you check out some new destinations in Michigan this year. We love sharing our favorite places that we’ve been to our want to visit to provide some favorite tourism spots and some hidden gems for readers.