Browse: Home   /   Arts and Entertainment   /   Ernest Hemingway in Michigan: A Walking Tour of Historic Sites in the Petoskey Area

Ernest Hemingway in Michigan: A Walking Tour of Historic Sites in the Petoskey Area 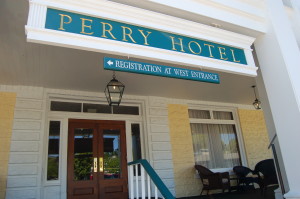 Author Ernest Hemingway spent a great deal of time in Michigan in his younger years, and many of the places he visited are prominently featured in his short stories and novels. The Nick Adams Stories, a collection of some of Hemingway’s best-known short stories, mentions places like Horton Bay, Charlevoix, Walloon Lake and Petoskey, while other Michigan locations are mentioned in the novel The Torrents of Spring. The Michigan Hemingway Society has been instrumental in helping Hemingway fans locate and enjoy the sites that were part of his life, and in 2012 they placed plaques at 11 locations in the Petoskey area to provide visitors with some of each location’s importance. On a recent trip to Petoskey, we did a walking tour of the sites in town, and visited two of the locations in Horton Bay as well. In addition to those sites, we’ve included the Michigan historical marker at Walloon Lake on this list of Hemingway sites in northern Michigan (months ago we featured the MOWA marker at the Fox River in the Upper Peninsula). 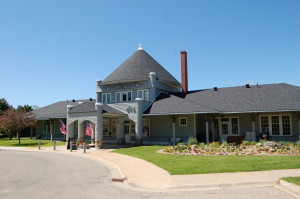 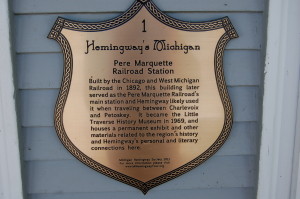 Pere Marquette Railroad Station, 100 Depot St. in Petoskey: The former depot is now home to the Little Traverse History Museum, which features a permanent exhibit of Hemingway-related items. The station is located a block away from the Municipal Marina and Little Traverse Bay. 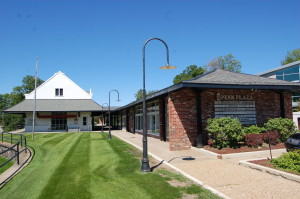 GR & I Railroad Station, corner of Bay St./Lewis St. in Petoskey: This station was once very busy and brought visitors from all over the Midwest to Petoskey. The Hemingways would have stopped here on the way to their cottage nearby. Today, it is home to several businesses as the Pennsylvania Plaza Office Complex. The Perry Hotel is located across the street. 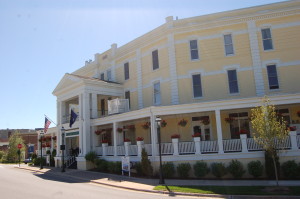 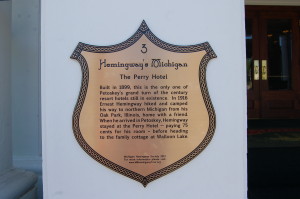 The Perry Hotel, 100 Lewis St. in Petoskey: This magnificent hotel was built in 1899 and is also honored with a Michigan historical marker that details its significance as a turn-of-the-century hub of social activity. When Ernest Hemingway stayed here in 1916, a room set him back just 75 cents. 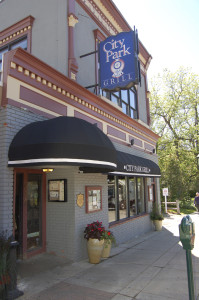 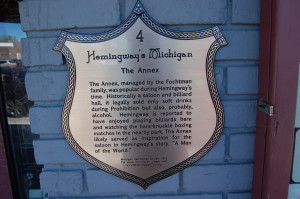 The Annex, 432 E. Lake St. in Petoskey: This former saloon was a popular spot for billiards during Hemingway’s visits, and today it is known as the City Park Grill. 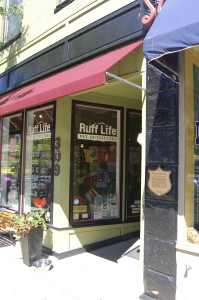 McCarthy’s Barber Shop, 309 Howard St. in Petoskey: This would have likely been a spot where Hemingway would have been able to socialize with others as it housed a barber shop for shaves and haircuts as well as a public bathhouse downstairs. It is now home to Ruff Life, a boutique/specialty pet shop. 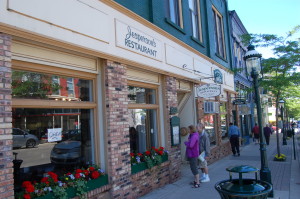 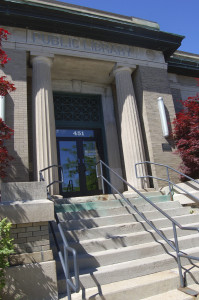 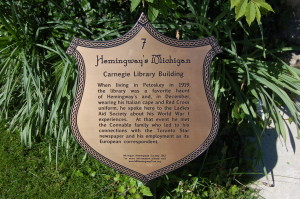 Carnegie Library Building, 451 E. Mitchell St. in Petoskey: This is one of the oldest buildings in Emmet County, and one of many Carnegie libraries to pop up around the country in the 1900s. Hemingway spoke to the Ladies Aid Society here, sharing his World War I experiences. Today the building is still used for library events, even though a new District Library was added across the street in 2004. 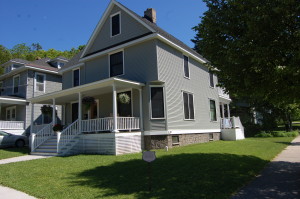 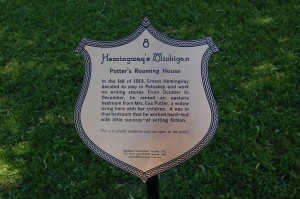 Potter’s Rooming House, 602 E. State St. in Petoskey: A few blocks away from the Carnegie Library is this private residence, where Hemingway once rented a room and tried his hand at writing fiction. 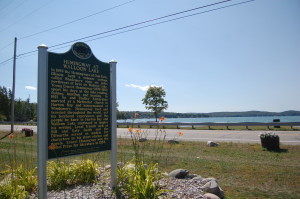 Hemingway at Walloon Lake Michigan Historical Marker, Melrose Twp. Park in Walloon Lake: This plaque commemorates Hemingway’s time spent here with text that reads “In 1899 the Hemingways of Oak Park, Illinois built a summer cottage called Windemere some six miles northwest of here on Walloon Lake. Young Ernest Hemingway (1899-1961) spent his days at the lake reading, fishing, hunting and boating. In 1921 he and Hadley Richardson married at a Methodist Church in Horton Bay and honeymooned at Windemere. Hemingway lived and traveled throughout the world yet his boyhood experiences and the people he knew in Horton Bay and Walloon Lake continued to inspire his writing. Local friends such as Bill and Katy Smith and the Dilworths served as models for characters in his short stories and novels. Ernest Hemingway won the Nobel Prize for literature in 1954.” The opposite side includes a quote from The Nick Adams Stories that speaks of the area. 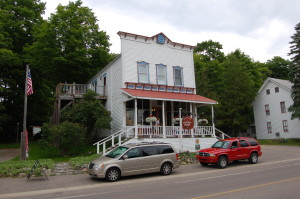 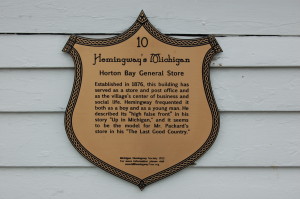 Horton Bay General Store, 5115 Boyne City Rd. in Horton Bay: This was the main center of activity for the small community of Horton Bay, and Hemingway would have stopped here for supplies when he fished in the area. 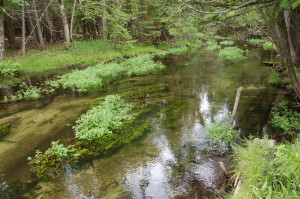 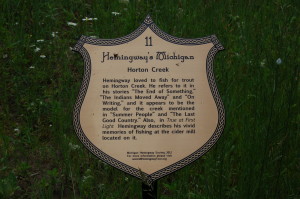 Horton Creek, Rufus Teesdale Nature Preserve off Boyne City Rd. in Horton Bay: This was a favorite fishing spot of Ernest Hemingway, and a short path leads through the Rufus Teesdale Preserve (of the Little Traverse Conservancy) to scenic views of the creek. Look for a dirt road on the side of the road right near where the creek passes under Boyne City Rd.