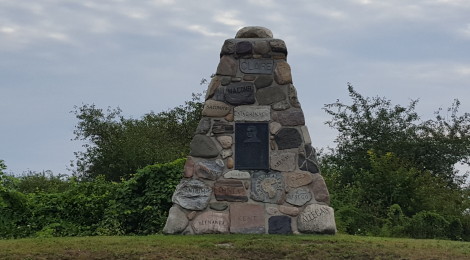 On a recent trip around Michigan to see lighthouses, we stopped at one of the coolest Roadside Attractions in the whole Mitten State. Sitting off of US-31 is Cairn Highway, named after a monument built for a man responsible for boosting Michigan’s tourism industry. The Hugh J Gray monument was built to honor the “Dean of Michigan Tourist Activity” in 1938. The stunning pyramid features rocks from all 83 Michigan counties.

Hugh J. Gray is perhaps an overlooked important Michigan man. Gray’s efforts to boost the tourism of Michigan led to the formation of many regional groups, some still in operation. Gray was among the first to encourage a governing body for tourism in the state of Michigan after the state of Colorado had introduced a similar program. Gray was worried that Colorado would start getting business from Midwest regions like Chicago and St. Louis, and in return take away potential visitors to Michigan. 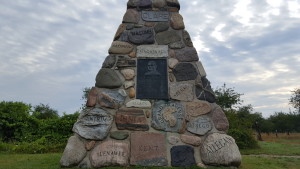 On May 7th, 1917, 75 delegates in West Michigan met at a hotel and formed the Michigan Tourist and Resort Association, later called the West Michigan Tourist Association. The purpose of the MTRA was “to make known to travelers everywhere the attractions of Michigan; to furnish them with complete and accurate information; to promote tourist travel and to develop among our own people an appreciation of the importance of the tourist business as a factor in our commercial success and social development.” 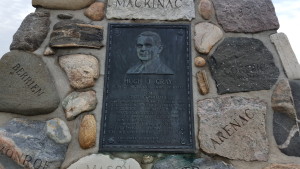 Gray served as the secretary and manager of the newly formed MTRA. He brought with him 25 years of experience in the railroad industry. In his first year with the MTRA, Gray put 8000 miles on his car traveling to places around Michigan and attempting to fundraiser for advertising. Gray raised $4000 for advertising and promotions.

An annual guide called “West Michigan Vacation Directory” was put out in the early 1920s. The annual guide would include maps by 1927, helping to bring in even more tourists to West Michigan. The guide covered items like hotels, state parks, campgrounds, golf courses, and hunting and fishing rules.

In 1929, Gray secured the first state funding for tourist advertising of $100,000 per year for two years. That amount was divided between the four groups Gray worked with who would also each match on their own. In 1934, the Michigan Legislature created the Michigan Tourist and Resort Commission and made Gray the first person in charge.

Gray helped establish tourism offices promoting Michigan across the state, but also in Midwest cities outside the state lines to increase the number of visitors coming to Michigan. Another important milestone from Gray’s legacy comes from his creation of hotel management courses that would be included at Michigan State College (now Michigan State University). Gray had helped make tourism the number two industry in the state with $315 million in 1937.

On June 28th, 1938 the state of Michigan dedicated the Hugh J Gray monument to honor its “dean of Michigan Tourist Activity”. Gray was present along with more than 1000 people. The monument is made up of rocks from each of Michigan’s 83 counties. The one exception is Wexford County, which submitted a piece of rubber instead, as major city Cadillac was a major rubber manufacturer at the time. 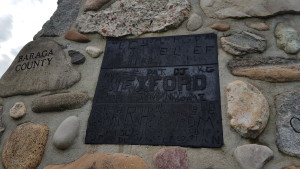 We marveled at the monument for a while taking in the names of counties and unique shapes and types of rocks on the pyramid. The monument is 12 feet wide at its base and climbs 16 feet high. Enjoy these photos of the monument highlighting Michigan’s counties. 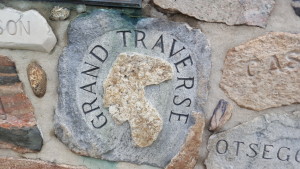 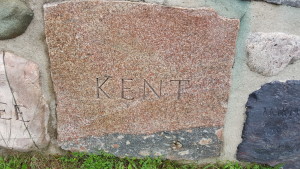 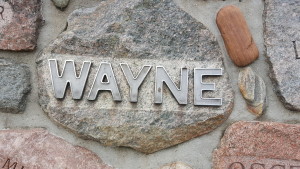 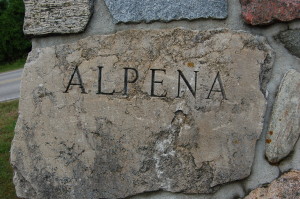 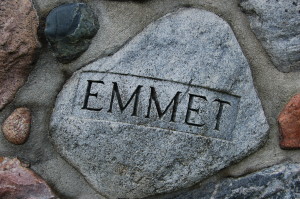 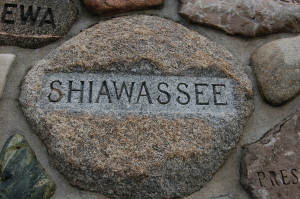 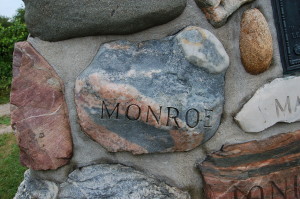 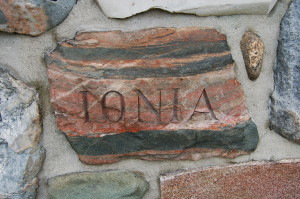 The big disappointment here is that this once popular roadside attraction doesn’t get the traffic it once did. Due to US-31 retouring to provide a more direct route, main traffic no longer goes past the monument. The old-31 was renamed the Cairn Highway after the monument. The monument is listed as near the city of Kewadin and is a short drive from the Torch Lake area. See the map below for a more detailed description.

It was only after a visit to the monument that I learned that the Hugh J. Gray Monument is actually a crypt. No, it’s not Gray’s body that is inside the monument. At the time of construction, resort booklets and brochures from every section of the state and various newspaper clippings were buried in the middle of the monument. 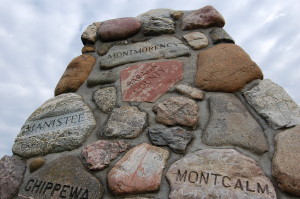 As someone who writes about Michigan tourism and continues to see new things in the state each year, my hat is off to Hugh J. Gray, the dean of Michigan tourist activity. Gray was true pioneer that helped introduce Michigan and its natural wonder to the rest of the U.S.

The Cairn Highway Monument also says it is located halfway between the Equator and North Pole. We found this to be slightly off as there are several other markers for the 45th Parallel in the state.

In 2014, Michigan tourism contributed $22 billion the state’s economy. This placed tourism as the third highest industry, trailing only agriculture and manufacturing. Hugh J. Gray was a big part of that tourism market growing the way it has and making Pure Michigan a destination for in state and out of state visitors to spend their money.

Big thanks goes out to the wonderful article describing Gray’s life on the WMTA website.