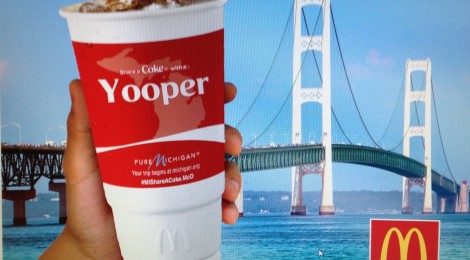 Pure Michigan celebrated its 10th year in existence as the tourism model for the Mitten State in 2016. The popular Michigan travel brand is now partnering with two of the biggest companies in America to give Michiganders another way to celebrate their state pride. 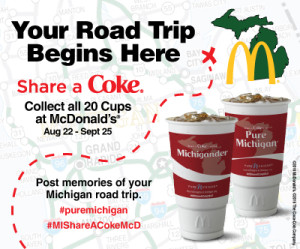 The 19 phrases listed on the Pure Michigan site are: 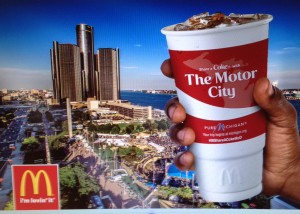 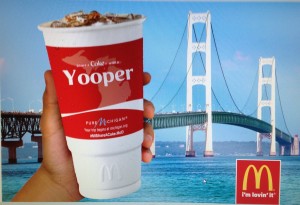 The campaign encourages customers to share photos of their cups and use the hashtags #pureMichigan and #MIShareacokemcd . Hawaii is the only other state having a similar campaign with McDonald’s and Coca-Cola.

The bad news may be that some of the regions that have popular phrases on the cups may have a limited number of restaurants to get the cups from. The Yooper cup for example may be popular with people above the Mackinac Bridge, but they have only 6 McDonald’s to get the cup from (Ironwood, Marquette, Norway, Escanaba, Sault Ste. Marie, Newberry, St. Ignace). People in Macinaw City that want the Mackinac Island cup or Big Mac (Mackinac Bridge) cup will have to find a nearby McDonald’s across the bridge in St. Ignace, or nearby cities like Cheboygan (15 miles away) and Indian River (27 miles away). Find your nearest McDonald’s here. *Update-Sources tell us on Facebook that the McDonald’s in Marquette is not participating in this promotion*

McDonald’s gets a lot of criticism as a company that helps make America obese. That has been the subject of many comments on the Pure Michigan Facebook page after this limited time campaign was announced. Woodtv highlighted the positive side of McDonald’s supporting the Michigan agriculture industry as a major buyer of eggs (90 million), beef, apples, and cucumbers. The company also provides 32,000 jobs and adds $437,000 to $1.7 million per store in employment income that helps local economies. 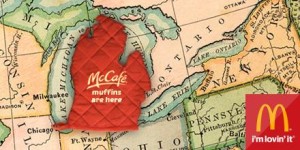 The Share a Coke campaign originated in Australia in 2011, before coming to America in 2014. In June of 2014, Coca-Cola saw a nice gain in carbonated beverage sales thanks to the campaign that put 250 of the most popular teen and millennial names on bottles and encouraged consumers to “Share a Coke”. The hashtag #shareacoke become a major global trending topic and saw over 500,000 photos shared with the hashtag.

Let’s try and keep this positive and celebrate the state by collecting these Pure Michigan cups. We will be doing our best to get their hands on them.