Browse: Home   /   Lighthouses   /   You Can Own Your Own Michigan Island That Comes With a Historic Lighthouse 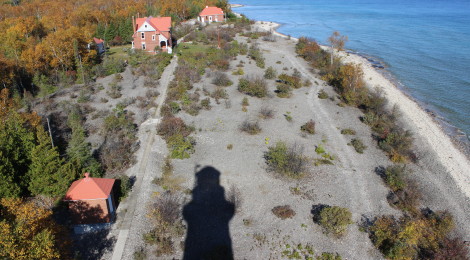 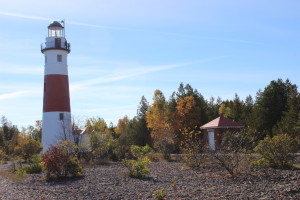 The dream of owning your own Michigan lighthouse has seemed a bit closer to reality in the past few years, as many offshore beacons have been sold off to preservation groups and private owners. A new real estate listing that hit the Michigan market offers even more than a lighthouse – you also get to own your own private island in Lake Huron. For just under $4 million, you can own Middle Island and enjoy having your own piece of paradise just a few miles north of Alpena. There’s a lot to love about the 227 acre island, but one of the highlights is the 1905 Middle Island Lighthouse. We had the chance to visit the island in 2015 while attending the Great Lakes Lighthouse Festival, so we’ll share some of our pictures of the island and the lighthouse and look at the highlights of the real estate listing. While the price tag is steep, the dream of owning your own Michigan island and a historic lighthouse is certainly fun to think about! 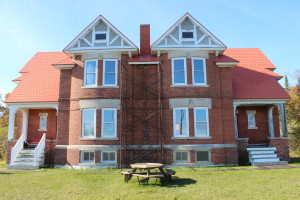 The island is listed for sale through Graham Real Estate of Harbor Springs. You can check out the full listing, which includes many photos, at https://www.middleisland.info/. The listing provides some selling points: “Imagine sipping your morning coffee from the top of a 76’ lighthouse with unobstructed 360 degree view of Lake Huron. Lighthouse keepers two story red brick double dwelling with new roof, 12 rooms at various stages of renovation. In addition the Fog Signal building has been converted into the lodge that sleeps 10. West side of the island features 380’ permanent break wall/dock, hunting blind, observation tower. Two track circles the island and provides access to the lighthouse.” It is important to note that the Coast Guard owns and maintains the lighthouse, but the owner of the island is granted full access to it. The previous owner, Martin Theut, has done quite a bit of restoration work since he bought the island in 1970. You can read more about his projects and his hopes for the next owner in an MLive article that ran earlier this week.

A boat trip from Rockport Harbor can have you at Middle Island in 15 to 20 minutes. The island is named due to its location between Presque Isle and Alpena in Thunder Bay. The lighthouse is the most prominent feature on the island, as its white and red-banded tower stands tall above the trees. The light has been automated since the 1960s. 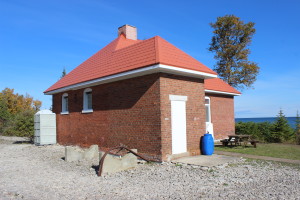 The other buildings on the island are constructed of red brick and include a fog signal building and a keepers dwelling. The island is located in the Thunder Bay National Marine Sanctuary, and the nearby shipwrecks are a testament to why construction of the Middle Island Lighthouse was necessary. 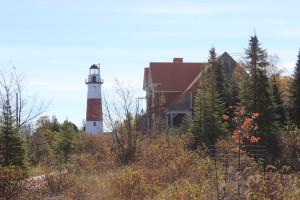 Owning a lighthouse has become a reality for a select few in Michigan over the past decade, and while for most of us the opportunity to purchase Middle Island is an “if I won the lottery” proposition we hope that whoever does purchase it continues the restoration efforts and continues to make the Middle Island Lighthouse accessible to the public.