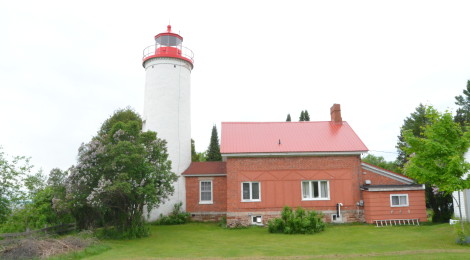 This Michigan Lighthouse Could Be Yours For Around $500K 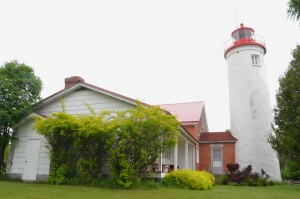 A Michigan lighthouse doesn’t hit the real estate market very often, and it’s even more rare that a lighthouse that is ready to go as a bed and breakfast goes up for sale. Jacobsville Lighthouse on the Keweenaw Peninsula has been up for sale for a little while now, but the price has now been reduced to $519,000 for the lighthouse and/or $720,000 for the lighthouse, an additional dwelling, furniture, equipment, land, and more. Today we’ll take a look at the history of this lighthouse and share some pcitures from a few of our visits. 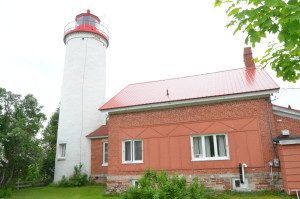 The Jacobsville Lighthouse (originally known as the Portage River Lighthouse) was built in 1869. A previous lighthouse had been built at the site in the late 1850s but was not set up to withstand the harsh weather conditions in the area. This lighthouse marks the eastern entry to the Portage River, which bisects the Keweenaw Peninsula and provided a shipping route to Houghton and the mines in the surrounding area. 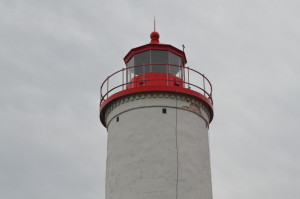 The tower stands 51 feet tall and is connected to a brick, two-story dwelling. The lantern room is painted red, in stark contrast to the white paint of the tower. 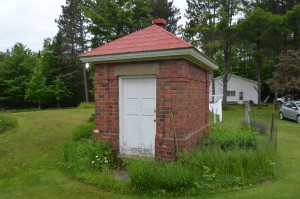 The grounds here are well-maintained and the oil house has survived. You can see some beautiful photos of the lighthouse and surrounding area taken by the owner and his family on the lighthouse’s Facebook page (https://www.facebook.com/LighthouseForSale).

Now, let’s take a look at some of the highlights of the listing for the Jacobsville Lighthouse, including what is up for sale: 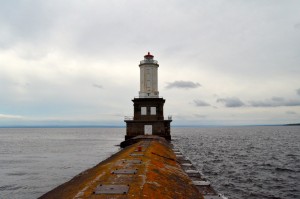 Lighthouse lovers will be thrilled to know that another Upper Peninsula beacon is located just a few “blocks” away at White City Park. The Keweenaw Waterway Lower Entrance Light is 68 feet tall and stands at the end of a long concrete breakwater. When it was first lit in 1920 it made the Jacosbville Lighthouse obsolete.