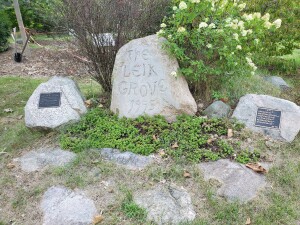 We’ve discovered many excellent parks while traveling around the state, and Portland’s Leik Grove stands out among the new ones we discovered this year. Located in Bogue Flats Recreation Area, the grove was a project developed by brothers Charles and Ed Leik, who looked to honor their parents with a memorial that incorporated trees and nature. Combining nature, science, and trees that are native to Michigan, Leik Grove continues to be a magical place for Portland residents and visitors alike 25 years after its inception. Today we will share some photos from our visit, and a brief guide to the 14 different stops on a hike through the grove. 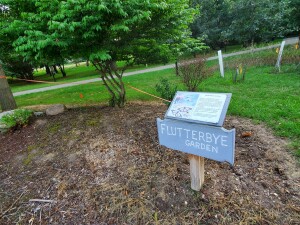 Flutterbye Garden – this area was undergoing some seasonal maintenance when we visited, but normally has been planted with shrubs and bushes that attract butterflies, hummingbirds, and more.

Michigan Stone – One of our favorite things here was this rock that is shaped like Michigan’s Lower Peninsula!

Fibonnaci Stone – It’s time to learn, as this stop on your stroll through Leik Grove teaches about the Fibonacci numbers (a series of numbers where a number is the addition of the last two numbers) while also exploring the Golden Mean. 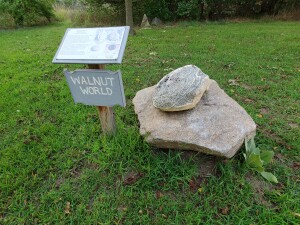 Walnut World – Another straightforward stop, the rock here looks like a large walnut. Hopefully none of the hungry animals that live nearby get confused! 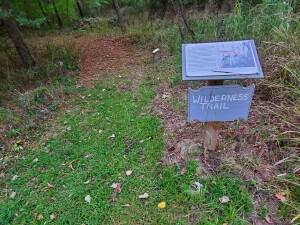 Wilderness Trail – This short trail dips into the woods nearby, where you might encounter some of the local wildlife. When we visited we saw a woodchuck and several whitetail deer.

Indian Council – A tribute to Native Americans, these rocks are arranged in a way that represents a council circle. 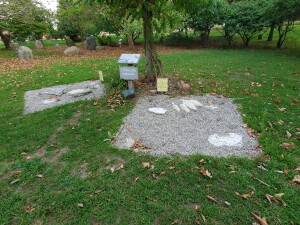 Dragon Fingers – Dragons aren’t real, but this stop is real fun as it looks like a fossil dig site where some of the rocks look like dragon claws. 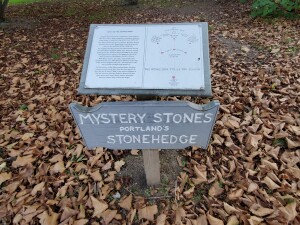 Mystery Stones – Portland’s very own version of Stonehenge is one of the highlights of Leik Grove. From the western end of the formation, you are able to located where sun will be in the sky at the summer solstice, winter solstice, spring equinox , and fall equinox. 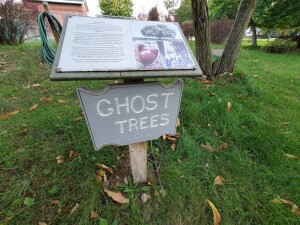 Ghost Trees – Look to the past for examples of trees that are no longer abundant in Michigan while also learning about how some have made a comeback at this stop near the end of the loop. 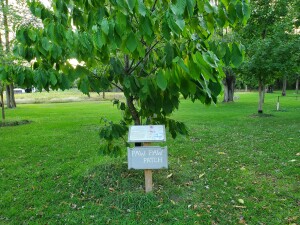 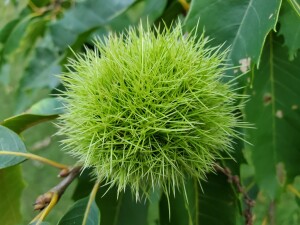 Paw Paw Patch – Some of the most fun trees are found in this section, as the chestnuts have the appearance of a green prickly ball. Like so many other areas in Leik Grove, you can learn quite a bit about trees at this stop. 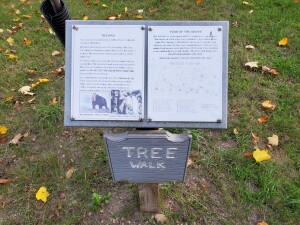 Tree Walk – Featuring Kentucky Coffee Trees, Crabapples, Catalpas, and Redbuds, the tree walk is designed to showcase somewhat rare trees and also get you to think about why these trees were once very common but are now harder to find. 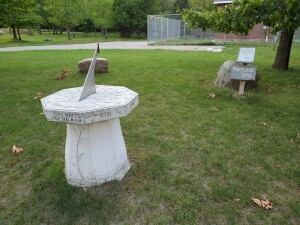 Portland Time – A rock sundial is one of the first things you’ll see from the main road into the park. It’s what first drew our attention to the area and led to our discovery of Leik Grove! A sign here explains how to use the sundial to tell time. 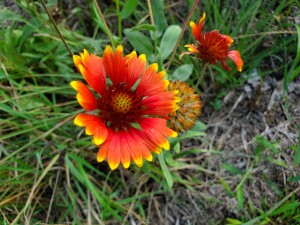 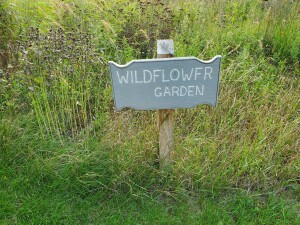 Wildflower Garden – Bright-colored flowers stand out in a meadow of tall grass, in a natural setting rather than a garden or planted area. Take a stroll through here, or hop on to the Portland Riverwalk Trail, which passes by Bogue Flats as it journeys through Portland.