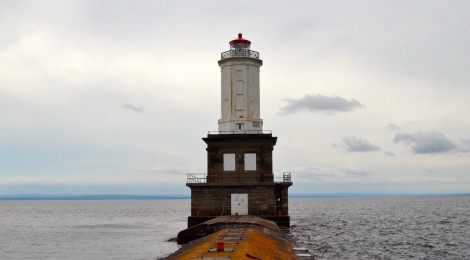 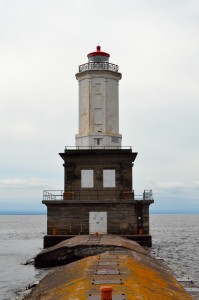 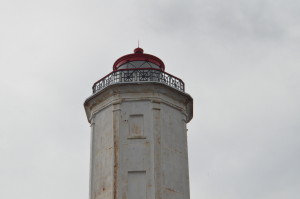 The current lighthouse replaced earlier towers that had stood at this site. It is an three-story octagonal steel tower that stands 30 feet tall. The light is painted white with a lantern room that is capped with a red roof. The lighthouse was listed on the National Register of Historic Places in 2014, with the notation that it is a “well-preserved example of early twentieth century architectural design and engineering methods used in constructing offshore lighthouses in the Great Lakes. It includes a wooden crib foundation, concrete pier, and a superstructure that combines reinforced concrete and steel components. This property retains integrity of design, setting, materials, workmanship, feeling, and association.” 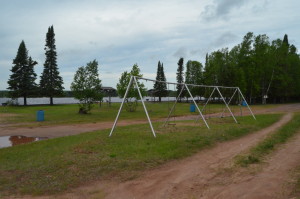 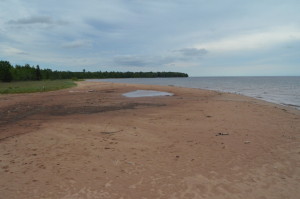 Public access to the Keweenaw Waterway Lower Entrance Light can be found at White City Park, which includes a sandy beach as well as playground and picnic areas. To reach the park, head east on 9th St. from downtown Lake Linden and M-26. Stay on 9th as it becomes Bootjack Rd. and follow Bootjack for a little more than seven miles. The road will fork here; follow the left fork (Dreamland Rd.) and stay on it for more than eight miles at which point it reaches a T intersection. From here, head to the right and follow the road to its end at the park (passing a boat launch then the old Coast Guard station). After parking, head toward the breakwater and lighthouse if weather conditions allow access. 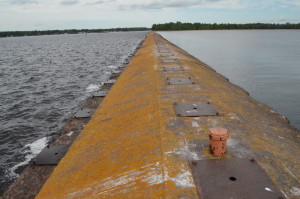 The Upper Entrance Light marks the other end of the Portage Canal at F.J. McLain State Park northwest of Hancock. The Jacobsville Lighthouse Inn can be found a few miles down the road from the Keweenaw Waterway Lower Entrance Light. 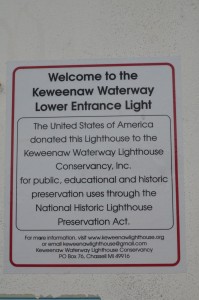 When we visited in June 2017 the lighthouse had received a fresh coat of paint thanks to the efforts of the Keweenaw Lighthouse Conservancy. To find out more about this organization and their preservation efforts head to https://www.keweenawlighthouse.org/. The USLHS passport stamp for this lighthouse can be found at the Keweenaw Land Trust office in Hancock (801 N. Lincoln Dr. #306). To find out more about the Keweenaw Land Trust, including preservation efforts at the Manitou Island Lighthouse, head to http://www.keweenawlandtrust.org/.