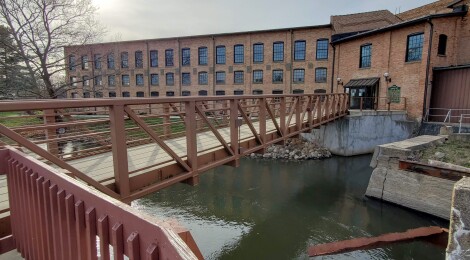 It’s hard to drive through the city of Plainwell in Allegan County and not see the Michigan Paper Company Mill. The sprawling complex is located in the heart of downtown next to the Kalamazoo River. The river runs through downtown Plainwell and was instrumental in the paper industry’s success in the area. Despite the mill closing in 2000, it was redeveloped for new use rather than being torn down or becoming an eyesore. 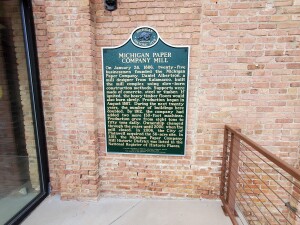 The Michigan historical marker  on the front of the building reads: “On January 26, 1886, twenty-five businessmen founded the Michigan Paper Company. Daniel Albertson, a mill designer from Kalamazoo, built the mill complex using slow-burn construction methods. Support were made of concrete, steel or timber. If ignited, the heavy timber floor would also burn slowly. Production began in August 1887. During the next twenty years, the number of buildings here doubled. By 1912, the company has added two more 130-foot machines, Production grew from eight tons to fifty tons daily. Ownership changed through the years until 2000, when the mill closed. In 2006, the City of Plainwell acquired the 36-acre site. In 2011 the Michigan Paper Company Mill was listed in the National Register of Historic Places.” 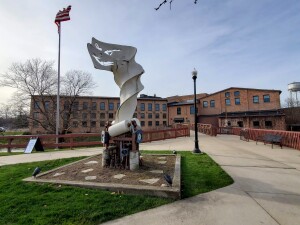 Since 2014 the building has been home to Plainwell City Hall. You can read more about the redevleopment of the site at https://www.plainwell.org/Government/Plainwell-Paper-Mill-Redevelopment.aspx. 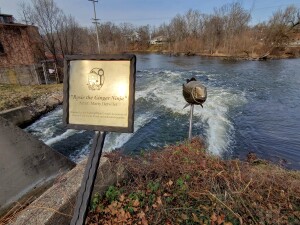 There is a very cool art sculpture by the mill race, a steel sculpture of a fish that seems to be leaping upstream or downstream depending on perspective. The artist was Marty Detwiler, and this piece entitled “Rosie the Ginger Ninja” honors former Plainwell city clerk Noreen Farmer, who passed away in 2016. 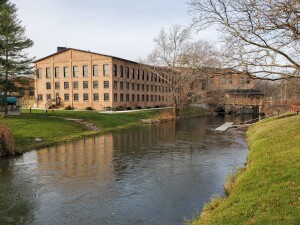 The Michigan Paper Company Mill site neighbors the small but scenic Fannie Pell Park. This one acre site has a gazebo, picnic tables, trails along the river, and a kayak launch. Plainwell Kayak Company operates out of a building on the south end of the City Hall parking lot. This sure looks like a great place to come back to next year on a kayaking trip! 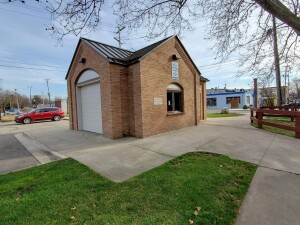 Other Allegan County landmarks worth checking out are the Francis Metallic Surfboat and Douglas Union School in Douglas, the New Richmond Swinging Bridge, and Allegan’s Second Street Bridge.