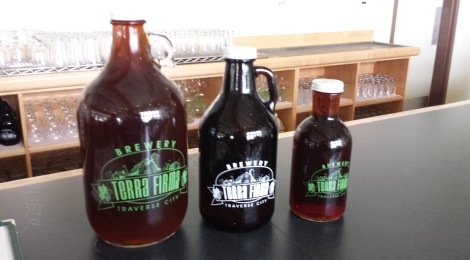 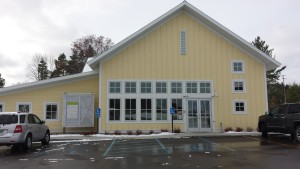 Brewery Terra Firma in Traverse City was our third and final stop of Traverse City Beer Week 2014, and we headed there knowing very little about the brewery or any of their beers. Located south of town, Terra Firma is in a beautiful location, surrounding by farms and rolling hills away from the congestion and noise of downtown. They also really know their beer, and we definitely tried a lot of it! When we asked about flights we found out they do theirs a little different, so we ordered up a sample of each of the 16 beers on tap and watched as the glasses lined up along the bar: 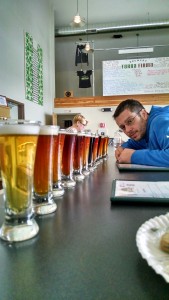 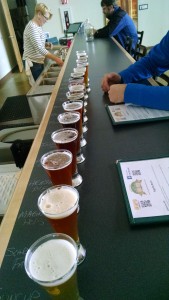 I love IPAs, so Karma Palace was a big hit with me. Magnum Hopsitality is an award-winner that was an easy choice to fill a howler to bring home. The pumpkin beer was well-balanced, and as we learned is brewed with pumpkins grown right there on the farm. In fact, we were told a lot of the ingredients were locally grown, as Terra Firma has their own bees that make the honey for honey beers, grows some of their own hops, and also provides a lot of the fruits, vegetables and spices used in other brews. This definitely enhanced the experience, and ensures things are always fresh. 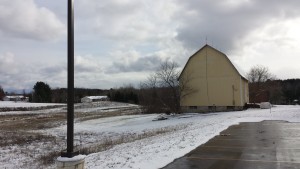 We found the Scarborough Fair – made with rosemary, sage and thyme – to be an incredibly unique blend unlike anything we had tasted before. The other beer that we found interesting was the rye beet wheat ale, which also had a unique but pleasant flavor and isn’t something we’re likely to come across on a regular basis. 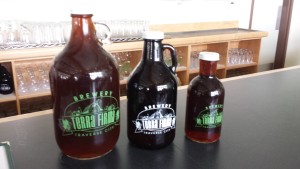 If you’re looking for some unique beers, or are interested in what a brewery that focuses on locally-sourced ingredients is like, check out Brewery Terra Firma. You won’t leave disappointed. They have some snacks on hand such as chips, crackers, cheese for sale and a general BYOB food policy.