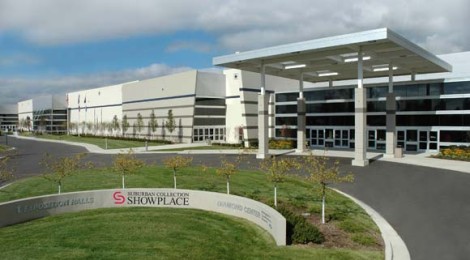 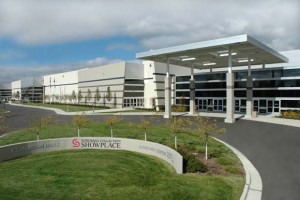 If you didn’t know, there is an annual Comic Con held every year in Detroit. Well, actually it’s called the Motor City Comic Con, but it’s held in Novi. Specifically, it’s held at The Suburban Collection Showplace in Novi. Does it really matter where it’s being held if there is a ton of cast members from The Walking Dead coming to take photos and sign autographs? No, I didn’t think so. Warning: Spoilers Ahead.

By now, you’ve probably gotten over the crazy season five of The Walking Dead that saw several regular cast members die and aren’t constantly thinking about the return of the most watched show in October for a sixth season. Well, some of you reading are probably gearing up for the show, or the recently names spinoff Fear the Walking Dead, which will air this summer. If you live and die, that’s figuratively, The Walking Dead, or are a casual fan, you’ll want to attend at least one day of this year’s Motor City Comic Con to meet several cast members of the hit show, including some that (spoiler alert!) aren’t on the show anymore. 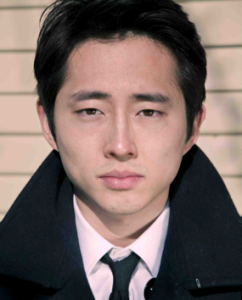 Now I warned spoiler alert, but I’ll say it again as we’ll be listing the cast that is appearing and how many episodes they were one or what their current status is on the show:

Michael Cudlitz Was Recently Added to the Lineup (Photo Credit)

This is one of the biggest lineups of The Walking Dead actors you’ll ever see in one place. Motor City Comic Con had Daryl Dixon himself (Norman Reedus) last year and this year gets a bunch of the supporting stars from the show. Other regulars from the show Scott Wilson, Jon Bernthal (Shane) and Jane McNeil (Patricia) were also present last year and participated in a panel. Last year, the convention saw a record 40,000 attendees, a figure that is expected to be beaten this year with the strong lineup and The Walking Dead focus.

This year, a Walking Dead panel will be held on Sunday at 1pm in Speaker Room 1. The panel is called “Meet the Dead of the Dead”. The panel will feature Daniel Bonjour, Chad Coleman, Lawrence Gilliard Jr., E. Roger Mitchell, and Scott Wilson. Fans can ask questions during the panel and will also hear stories from filming.

Also keep in mind that two of these actors appearing (Riggs, Yeun) have appeared in every single episode (69 of them) of The Walking Dead. All told, counting the cancelled Masterson, Motor City Comic Con, was set to have seven of the fifteen actors appearing in the most episodes. Kinney ranks eight, Wilson tenth, Coleman thirteenth, Masterson fourteenth, and Cudlitz fifteenth.

Take a look at a lineup for a Zombie themed convention like the Walker Stalker Cons (no Michigan dates yet) and you will see only three to four stars from the show, with the exception of Orlando (that’s a pretty strong lineup too). Take a look at this complete list of Walking Dead stars at conventions and Motor City looks like a real winner.

Tickets for the convention can be purchased in one day passes or a weekend pass. Adult passes are prices as $25 (Friday), $35 (Saturday), $30 (Sunday), or $70 for the 3 Day Pass. Kids under 5 get in free (with a paid adult) and Sunday all kids under 12 get in free. Kids pricing is $10 per day or $20 for all three days. VIP passes cost $150 and include a 3 Day Wristband, tote bag, exclusive comic and/or print, and a fast pass/early admission ticket to get you through lines quicker.

The Motor City Comic Con has been held at the Suburban Collection Showplace since 2005. This particular Comic Con was started by Michael Goldman, the owner of Motor City Comics. The convention has attracted some huge names over the year too, which includes:

Aside from The Walking Dead, there is a ton of other famous faces you can see and meet at the 2015 Motor City Comic Con. This list includes:

As you can see there are some huge names to get non Walking Dead fans excited too. Keep in mind that you could meet both Freddy and Jason and also meet the Karate Kid and Johnny Lawrence. There is two former Power Rangers and a former Superman. You can also get your photo taken with three stars from The Karate Kid (Kove, Macchio, Zabka) for $100. This is a lineup that rivals any of the national conventions, with the exception of the granddaddy of them all San Diego Comic Con.

If you do miss the Motor City Comic Con this weekend, fear not another will hit the Mitten State later this year. The fairly new Grand Rapids Comic Con will hold its third annual convention at Devos Place the weekend of October 16th through 18th.