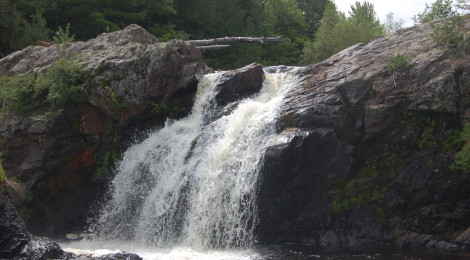 Gabbro Falls is without a doubt, the best surprise falls I’ve been to in Michigan. There was no photo I had seen beforehand – and nothing to prepare me for this beautiful falls as it drops multiple times into a deep gorge. There are multiple short paths from the road to both the bottom of the gorge and the top, which has a better view of the falls. 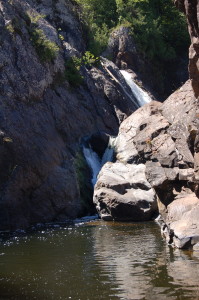 The trail that leads to the bottom of the gorge is a steep descent, and due to the angle of the rock a partial view is the best you’ll get from down here unless the water is low enough for some rock-hopping to the other side or some wading into the gorge. Head back to the top of the gorge and find the narrow trail there for the best views, but be careful as there are very steep drops if you miss a step. 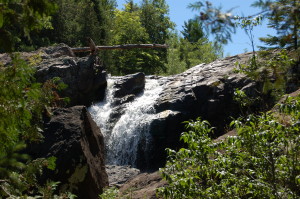 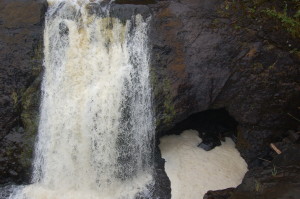 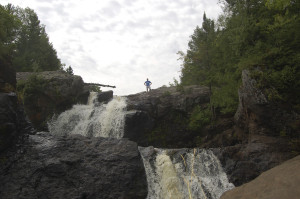 The total drop here is around 40 feet, with the top section accounting for close to 10 feet of that and the final plunge making up the other 30 feet. There is also a small, rocky waterfall above the main drop, seen in the photo below. 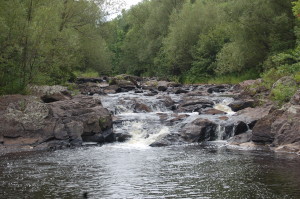 It’s hard to completely capture the majesty of this waterfall in a photo due to the tight angle, but I tried to showcase as many angles as possible in this post. It’s crazy to me that a waterfall this amazing goes largely unnoticed even though it is just a few feet off the road, but that also remains part of its appeal. Check out the video below for more of an idea what this wild waterfall is like!

Directions: From US-2 in Bessemer, head east and take Blackjack Rd, north, following it over a wooden bridge and around a curve past a ski resort (shown below). Park on either side (shown below) at the top of the curve near the old equipment and garage style buildings – the trail begins on the east side of the road. 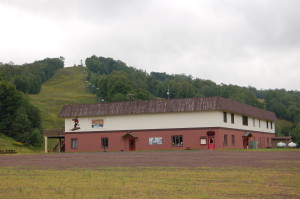 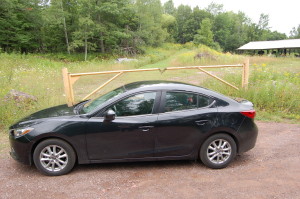