Browse: Home   /   Arts and Entertainment   /   May the Fourth Be With You – Celebrate Star Wars in Michigan Throughout 2015 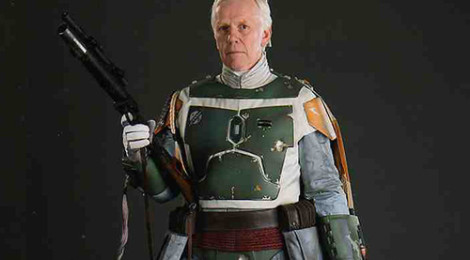 On May 4th each year, Star Wars fans around the world celebrate Star Wars Day. The day takes its place thanks to the similarly sounding “May the Force Be With You”. It was first recognized as Star Wars Day in 2011 during an organized celebration in Toronto, but most fans have celebrated it for years. The day traces back to a 1979 London newspaper article congratulating then Prime Minister Margaret Thatcher with this, “May the Fourth Be With You, Maggie. Congratulations”.

Star Wars day this year and subsequent years will be extra special, as there is set to be a new slate of movies released including a new trilogy (VII, VIII, and IX) and a series of spin-offs/origin stories. This year’s celebrations lead up to the theatrical release of “Star Wars: The Force Awakens” on December 18th,, the first Star Wars movie in 10 years. In honor of this year’s Star Wars Day and the subsequent theatrical release of “The Force Awakens”, we look at the way Michigan residents can celebrate Star Wars all year long.

May 3: Beginning May 3rd, Toys ‘R’ Us will begin its year long celebration of Star Wars. The popular toy retailer will have exclusive items available throughout the year and celebrate the movie series in stores.

May 4: Celebrate Star Wars Day in Disney Stores across the state. Disney acquired the Lucasfilm brand several years back and now enjoys the lucrative licensing rights that go along with the franchise. Disney Stores will take advantage of this by offering exclusive merchandise and in store events. The first 100 people in the door get an exclusive Star Wars pin. In stores, fans can take part in lightsaber training, Medal of Bravery ceremonies, or learn Jedi mind tricks from Obi-Wan Kenobi. The Disney Store website lists Auburn and Troy as the only Michigan locations.

May 4: Canton Public Library. Come meet Chris Trevas, an artist for the Star Wars series. Trveas is an artist for the kids’ Star Wars magazine and also illustrates Star Wars books for Golden Books and Random House. The event begins at 7pm and is free to the public. The library encourages costume wearing and plans on having activities and giveaways. There will also be photo opportunities with a 6 foot cutout of Chewbacca.

May 15-17: Motor City Comic Con in Novi. Meet the real life Boba Fett: Jeremy Bulloch. Bulloch will be appearing all three days at the Motor City Comic Con with photo opportunities priced at $40 and autographs coming in at $30. Buloch appeared as Boba Fett in “The Empire Strikes Back” and “Return of the Jedi”. He also appeared as Captain Colton in “Revenge of the Sith”. Along with Star Wars, Bulloch appeared in several James Bond movies and was in several episodes of “Doctor Who”. 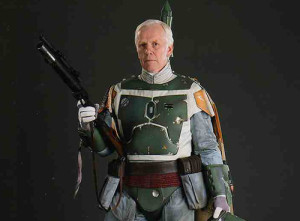 June 27: Star Wars Night at BC Bombers minor league baseball game in Battle Creek. The night coincides with Boy Scout Night and will also feature post game fireworks. There is a lightsaber giveaway to the first 500 fans in attendance (doesn’t say just kids either to you adult fans). Also kids who dress up like their favorite Star Wars character receive a free kids meal. While your kid is enjoying their free meal, check out this year’s latest food creation, the Poptarko. 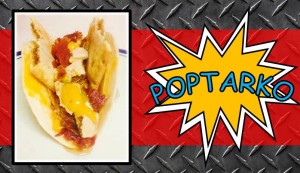 July 11: Star Wars Night at West Michigan Whitecaps minor league baseball game in Grand Rapids. This game will feature more than 40 costumed characters that you and your kids can meet and get pictures taken with. There will also be special Star Wars themed jerseys that will be worn by the Whitecaps players. These jerseys will be raffled off during the game to people who purchase tickets. A Droid Hat will be given out to the first 1000 fans in attendance. Fireworks will follow the game.

July 17: Star Wars Night at Kalamazoo Growlers minor league baseball game. The Growlers players will wear Chewbacca themed jerseys that will be auctioned off after the game. The first 500 fans in the gates will receive Darth Vader and Yoda masks.

July 18: Star Wars Night at Great Lakes Loons minor league baseball game. This game will feature a Jersey Off the Back Auction, where the players wear special Star Wars themed jerseys during the game. The jerseys are then auctioned off to bidders after the game. Great collectible item for fans of baseball and Star Wars. Also after the game will be fireworks. (Our guide to Loons promotions)

September 4: Star Wars The Force Awakens Toy Release. Just announced this weekend, the official release of “Star Wars: The Force Awakens” toys will happen on September 4. Disney will officially open doors at its Disney Store locations at 12:01 am and also sell the merchandise online. Other retailers will also begin selling the toys at midnight in this huge launch event.

September 19: Star Wars Night at Comerica Park with the Detroit Tigers. The game will feature costumed characters from the movie series.

October 16-18: Learn How to Make Your Own R2-D2 at Grand Rapids Comic Con. The droid builder for the 501st Legion of Stormtroopers Great Lakes Garrison will hold a seminar showing how he makes R2-D2.

December 18: Theatrical Release of “Star Wars: The Force Awakens”. Celebrate by going to your local cinema and catching the highly anticipated movie. If you’re a die-hard fan, you’ll likely be dressing up for one of the midnight (or earlier) releases the night before. Here’s an idea for some of you to consider too, Comicbook.com is reporting AMC Theaters will be showing a Star Wars marathon on December 17th. This means you can catch all six existing movies prior to the debut of “The Force Awakens”. The length of the movies comes in around 800 minutes, or close to 13 1/3 hours with no breaks. Counting the new movie and likely breaks, you’re looking at spending 16 hours in a movie theatre.

Michigan AMC locations can be found in Auburn Hills, Clinton Township, Dearborn, Holland, Livonia, Madison Heights, Southfield, Sterling Heights, and Walker. AMC is the only one mentioned in the article, but I’m sure others will follow suit. Hopefully, Celebration Cinema (my preferred movie cinema destination) will be partaking in a Star Wars marathon as well.

There will be added events throughout the year including the annual Star Wars Night at the Grand Rapids Griffins game. I have attended this event for the past three years and it is a great family friendly event that features around 40 costumed characters that your kids can interact with throughout the game.

Have other ways you like to celebrate Star Wars Day or the theatrical release of “The Force Awakens” in Michigan, leave a comment below.

May the Force Be With You.