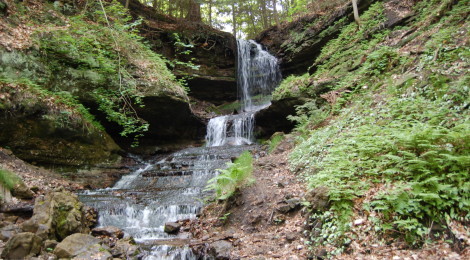 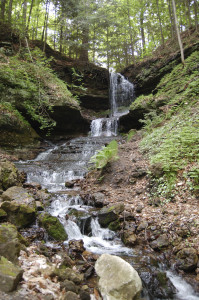 Horseshoe Falls holds a distinction among northern Michigan waterfalls – it is the only one I know of that is privately owned and charges an admission fee. Unlike the roadside Alger Falls and state-run Wagner Falls nearby, Horseshoe Falls are part of a tourist complex at the end of Bell Ave just south of the city. As of June 2014, the admission fee was $6/adult, and while that seems a bit steep for one natural geological attraction I’m at least grateful that these falls are accessible to the public in some fashion rather than not at all. 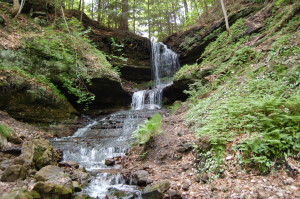 The falls themselves are very similar to the Munising Falls, as the creek flows over a shelf of limestone before splitting and forming the “horseshoe” for which it is named. This is definitely another seasonally better waterfall, both visits have been mid-summer with flow but nothing spectacular. 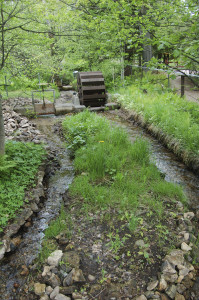 There is also a walkway filled with gnomes, a large sundial and a trout pond for visitors to take in or their way to the falls (a “gift shop” also). Informational signs like the one posted below are found along the trail to help enhance your visit. 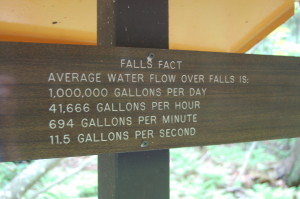 Directions: From the south heading into Munising on M-28, take a right on Prospect St. then a left on Bell Ave and follow it to its end. There are large billboards directing the way.