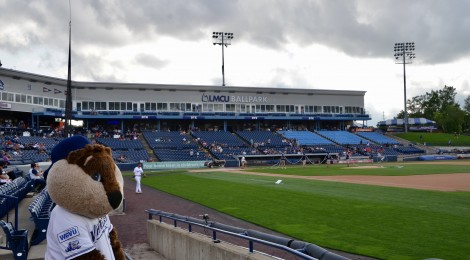 The West Michigan Whitecaps recently revealed their promotional calendar for the 2022 season, and it’s full of fun nights you won’t want to miss! We took a look at the great theme nights and special guests and came up with this list of the 30 games we are most excited for (is it spring yet?) at LMCU Ballpark. This will be the 29th season of Whitecaps baseball and the second season in the High-A classification. The six-time Midwest League champion Whitecaps will welcome opponents from Michigan, Indiana, Iowa, Illinois, Wisconsin, and Ohio this season as they try to win their first High-A Central championship. Last season fans got the chance to see 2020 #1 overall draft pick Spencer Torkelson in action before he was promoted to AA (and later AAA), will 2021 top pick Jackson Jobe (3rd overall) make an appearance with the Whitecaps at some point during the 2021 season? Now that we know the schedule and the promotional schedule, we just have to wait a few months to see the team roster. Here’s a look at 30 West Michigan Whitecaps baseball games we’re excited for this season, as well as some month-long and season-long promotions. 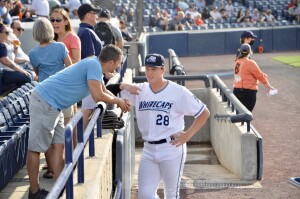 Opening Night (April 12) – Baseball returns in April, and Opening Day will feel like a party! The Whitecaps will take on the Lansing Lugnuts and will have a beanie giveaway, live performances by the Dixieland band, Family Fare Fireworks after the game, a balloon artist, and more!

Dog Days (May 12, June 7, September 7) – Bring your furry best friend along for the game on these select dates! Expect some canine-themed entertainment and giveaways.

Riley Greene Bobblehead Giveaway (May 14) – The first 1,000 fans in attendance as the Whitecaps host the Beloit Sky Carp will receive a bobblehead of Tigers top prospect Riley Greene. This is the first of three prospect bobblehead giveaways, and a unique collectible of the 2019 fifth overall draft pick that you won’t want to miss out on.

Women in Sports Day (May 15) – The Whitecaps will honor and highlight women who have made a big impact in the sports community in West Michigan as they host the Beloit Sky Carp. This is also a Helen DeVos Children’s Hospital Family Sunday (first 1,000 kids eat free) and kids can run the bases after the game.

School Day (May 13 & 25) – Both of these games have early 11:00 AM starts and will feature lots of activities for the kids and school groups in attendance. On May 13th the Michigan Science Center will have special presentations, and for the May 25th game John Ball Zoo will bring their traveling zoo to the ballpark. The May 25th game is also a Peanut Free Day.

Princess Night (May 27) – Get pictures with some of your favorite princesses and enjoy an LED tiara giveaway as the Whitecaps host the Dayton Dragons. Christian and Scooby from America’s Got Talent will also be on hand to entertain the crowd.

Dillon Dingler Bobblehead Giveaway (May 28) – The second prospect series bobblehead (first 1,000 fans) givewaway features 2020 second round pick Dillon Dinlger. Whitecaps fans got to see him in action last season before he moved his way up to the AA Erie Seawolves.

Made in Michigan: Darren McCarty (June 8th) – The popular Tiger Friday series gets a rebrand for 2022 and moves to Wednesdays as the Made in Michigan series. The first of these nights featuring legends from the Tigers, Lions, Red Wings, Pistons, Michigan, and MSU features four-time Stanley Cup winner Darren McCarty. The gritty winger was part of the famous “Grind Line” with the Red Wings and authored a book called My Last Fight: The True Story of a Hockey Rock Star, in 2013.

Nickelodeon Teenage Mutant Ninja Turtles Night (June 10) – Cowabunga, dudes! Celebrate everything we love about the heroes in a half-shell during this rivalry matchup vs. the Lansing Lugnuts.

Las Calaveras de West Michigan Nights (June 11, July 15, August 21) – The Whitecaps will wear special limited edition jerseys for the three Copa de la Diversion games. “These games will be centered on celebrating the Hispanic/Latino culture and the influence it has had on America’s pastime.” Fans can enjoy a baseball giveaway on June 11th, a flag giveaway on July 15th, and a hat giveaway on August 21st. 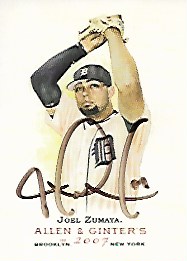 Super Splash Day (July 13) – The Meijer Hometown Playground will be transformed into a water park as the Whitecaps host the Wisconsin Timber Rattlers. Wear your bathing suit to the game! 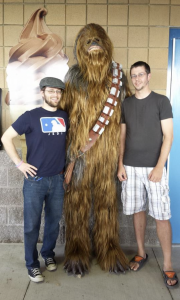 Star Wars Night (July 16) – One of our favorite games of the entire year is Star Wars Night, when dozens of costumed characters will be strolling the ballpark, posing for photos, and celebrating one of the most beloved movie series of all time. The Whitecaps host the Wisconsin Timber Rattlers for this game and will be wearing Grogu and The Mandalorian themed jerseys. 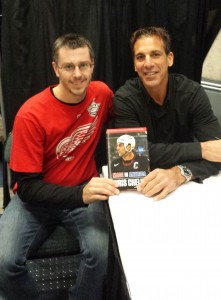 Made in Michigan: Chris Chelios (July 27) – The next special guest for the Made in Michigan series is three-time Stanley Cup champion and Hockey Hall of Fame member Chris Chelios. As a standout defenseman, Chelios played for the Montreal Canadiens and Chicago Blackhawks before joining the Detroit Red Wings. He played in more than 1600 NHL games and in 2014 released an autobiography titled Made in America. 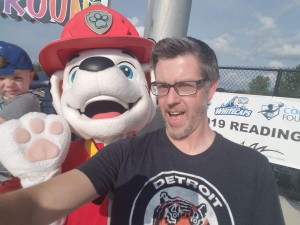 PAW Patrol Night (July 29) – No job is too big and no pup is too small when the dogs of PAW Patrol take over the ballpark on July 29th. Kids can get their picture taken with Marshall, Chase, and other characters and can expect a full slate of entertainment based around the popular Nickelodeon show.

National Bratwurst Day (August 16) – Come stuff your face with Johnsonville brats as the Whitecaps host the Lake County Captains. In honor of this delicious holiday, bratwurst are only $2 each!

Made in Michigan: Jason Hanson (August 17) – Legendary Detroit Lions kicker Jason Hanson will join the Whitecaps as part of the Made in Michigan series as they host the Lake County Captains on August 17th. You don’t want to miss this chance to meet the man who provided Lions fans with great memories for 21 seasons!

Rivalry Night (August 18 & August 25) – “This night is about two schools that have a heated rivalry coming together to help two outstanding foundations. The Michael Sadler Foundation and Chad Tough Foundation with assistance from Team Tommy will be represented all night. Proceeds from ticket sales, online auction, and 50/50 sales will be donated to both organizations. Wear your Green & White or Maize & Blue!” Both games are also part of the Thrifty Thursday promotion where you can get a hotdog, beer, or Pepsi product for $3.

Pirate Night (August 19) – Arrrrrr! Channel your inner Jack Sparrow and head out to the ballpark for Pirate Night on August 19th. Fire Performer and Knife Juggler Eric Scott Baker will be on hand to dazzle the crowd in between innings. 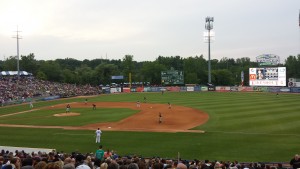 Beer City Bung Hammers Night (August 20) – The Whitecaps bring back a fan favorite as they become the Beer City Bung Hammers for one night, paying homage to Grand Rapids’ rich history of brewing. The team will wear special jerseys, and fun events will center around beer, bungs, and bung hammers. Enjoy Family Fare Fireworks after the game.

Made in Michigan: Cecil Fielder (August 24) – This is the big one that we are really excited for! Detroit Tigers legend Cecil Fielder will be at the ballpark on August 24th to meet fans as part of the Made in Michigan series. Known for crushing home runs as a Tiger in the 1990s, Fielder also won a World Series championship as a member of the New York Yankees.

Marvels Defenders of the Diamond Night (August 26) – Captain America, Spider-Man, and other heroes will be on hand and the Whitecaps will wear special themed jerseys as they take on the South Bend Cubs.

Bobblehead Night: Spencer Torkelson (September 10) – The final prospect bobblehead giveaway focuses on top Tigers prospect Spencer Torkelson, a former Whitecap who was the #1 overall pick in the 2020 draft. The first 1,000 fans through the gates will receive this unique collectible!