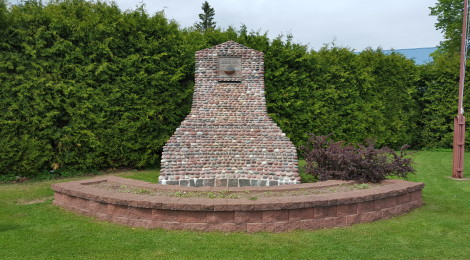 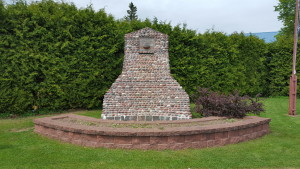 If you’re a fan of Notre Dame football or college football in general, chances are you’ve heard the famous “Win one for the Gipper” line. In fact, some of you may also remember the phrase being used for several presidential campaigns centered on Ronald Reagan. The famous line refers to Geroge Gipp, one of the greatest all around college football players in history. Did you know that Gipp was born in the small Upper Peninsula town of Laurium.

George Gipp was born in Laurium on February 18, 1895. He left the small town to pursue a career in baseball at the University of Notre Dame in Indiana. It was while goofing around kicking a football that Notre Dame head coach Knute Rockne recruited the young Michigander to play football and the rest as they say is history. 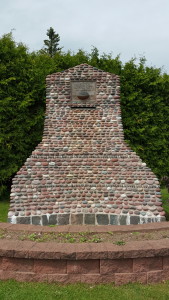 Gipp enjoyed a four year Varsity career at Notre Dame. He played halfback, quarterback, and punter for the Fighting Irish. He led the team in rushing and passing his last three seasons (1918, 1919, 1920). To this day, Gipp still holds several Notre Dame records. This includes average yards per rush in  a season (8.1), career average yards per play of offense (9.37), and average yards per game in a career (128.4).

Prior to his early death, Gipp became the first Walter Camp All-American from Notre Dame. He was also only the second ever consensus All-American. In his Notre Dame career, Gipp led the team to a 27-2-3 record. This includes a 19-0-1 record in his last two seasons, as Notre Dame was undefeated in both 1919 and 1920. Gipp was later elected to the College Football Hall of Fame in 1951. ESPN named Gipp the 22nd best college football player in history. 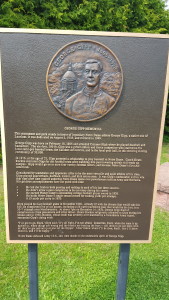 Gipp died of a streptococcal throat infection, not easily treated back then with no antibiotics. It was on his death bed and days after leading Notre Dame to a win over Northwestern that Gipp uttered his famous lines. He told coach Rockne, “I’ve got to go, Rock. It’s all right. I’m not afraid. Some time, Rock, when the team is up against it, when things are wrong and the breaks are beating the boys, ask them to go in there with all they’ve got and win just one for the Gipper. I don’t know where I’ll be then, Rock. But I’ll know about it, and I’ll be happy.” Gipp was just 25 at the time of his death. He planned on playing baseball for the Chicago Cubs once he graduated from Notre Dame.

Rockne waited eight years to use that speech as inspiration. In 1928, Notre Dame was 0-2 to start the season and faced undefeated Army. Rockne gave a rousing pregame speech telling his team to “win just one for the Gipper”. His team defeated Army 12-6 in one of the most inspirational football games of all time.

Prior to becoming the 40th president of the United State, Ronald Reagan was an actor. Reagan is credited with acting in more than 80 movies and television shows. One of his earliest roles was portraying Gipp in the 1940 classic “Knute Rockne: All American”.

On August 3rd, 1935, the town of Laurium dedicated the George Gipp Memorial Park to honor the legacy of one of the most famous alumni from the town. The park also hosts a plaque with the names of the George Gipp award winners, given to the best male athlete each high school year. The memorial is located in town and very easy to get to. It was truly remarkable to stand and observe the pride the city has for one of the most versatile football players to ever play the game. 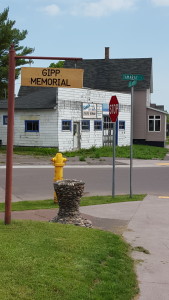 Laurium is located in the center of the Kewenaw Peninsula. The city is named after the mining town in ancient Greece and was part of the copper mining revolution the Upper Peninsula saw. Back in 1910, the city had 8537 residents. That number has continued to fall, as mining has gone away. In the 2010 consensus, the population was listed at 1977 people.

If you’re ever in the Upper Peninsula and appreciate sports history, make a stop at this George Gipp memorial. In fact, to do one better, stop by the Michigan House Café & Brewery in nearby Calumet. Gipp worked as a waiter in the restaurant back in 1912 according to records. The restaurant now serves “The Gipp Burger”, which comes topped with deep fried onion tanglers and a delicious chipotle sauce. The burger is served on a three grain bun.