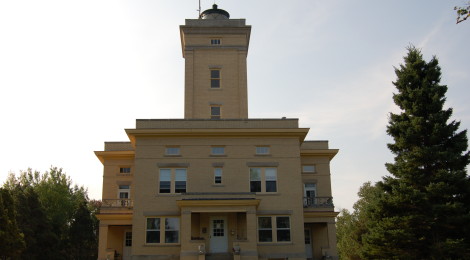 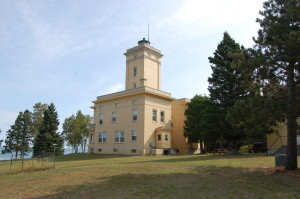 The first thing you notice about the Sand Hills Light near Mohawk in the Keweenaw Peninsula is how it doesn’t look like any other Michigan lighthouse. There is no tall round tower next to a keeper’s dwelling; rather the entire building has the look of a an apartment complex with the square tower rising out of the middle of the building. We recently featured Sand Hills in our photo gallery of Michigan’s Lake Superior Lighthouses. 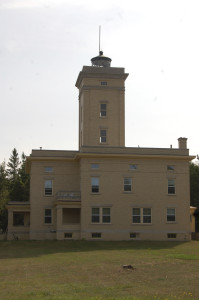 The tower stands 70 feet tall and is made of pressed brick, with a yellowish color. It guides mariners past a treacherous stretch of Lake Superior shoreline that includes the Sawtooth Reef a half-mile offshore. The reef had claimed at least 10 ships and costs of nearly $1 million before the construction of the lighthouse was approved. The fact that this light was completed in 1919 yet still appears in good condition is a testament to the dedication of its current owners, who have operated it as a bed and breakfast since 1995. 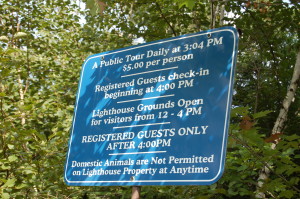 Details on the bed and breakfast can be found on the Sand Hills website here. The sign above is posted near the entrance, and shows the visiting hours for the public (12-4 pm) as well as the one time each day the tower is open for climbing – we hope to one day return and check out this amazing view. 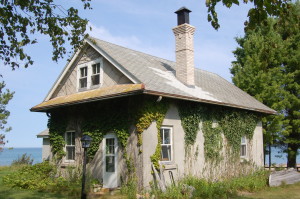 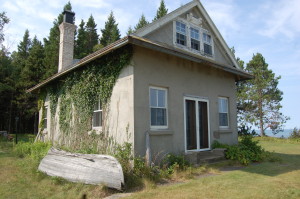 Another building on the grounds that we found to be quite picturesque is the old fog signal building, which has also been restored. There are also great views of the rocky shoreline here, with Five Mile Point being about halfway between Ontonagon and Eagle Harbor. If you find yourself thinking that the apartments and lighthouse have an almost military fill to them you’re not crazy either, during World War II the station was used to house 200 Coast Guard recruits for training. There’s a lot of history here, and the chance to stay in one of the most unique lighthouses in the state – be sure to check out Sand Hills Lighthouse Inn if you make it up to the Keweenaw! 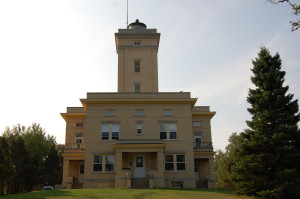