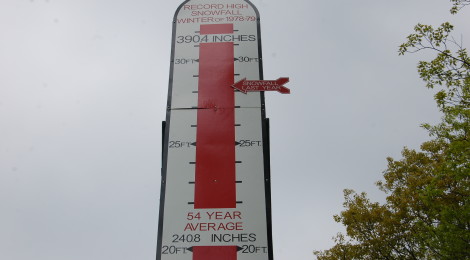 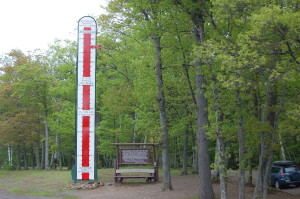 When visiting the Keweenaw Peninsula in the spring, summer or fall months it might be hard to picture the are completely covered in snow. A small roadside park north of Mohawk helps show just how much snow can fall during the Upper Peninsula winter here, as a giant snow gauge has been put up to show record snowfall as well as the previous year’s total. If you’re visiting during the heat of June, July or August, just the thought of 390 inches of snow should be enough to help cool you off for a few minutes. 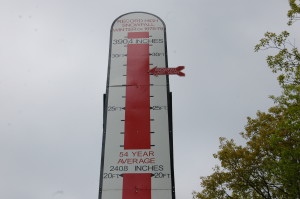 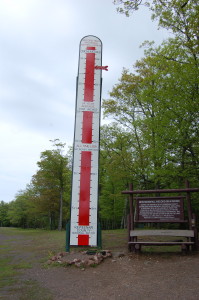 The roadside park is small but grassy, and there is room for a quick walk, stretch or picnic. To reach Snow Gauge Park head north on US-41/M-26 for about three miles after driving through Mohawk. The Veterans Memorial and stone ship U.S.S. Kearsarge is also on this same stretch of road.