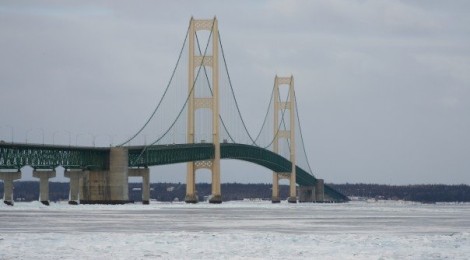 One of the most famous landmarks in the state of Michigan is getting a much needed technology upgrade this summer. The famous Mackinac Bridge that connects the lower and upper peninsulas of Michigan will begin accepting credit card payments at all toll booths beginning in May, after previously only accepting plastic payments in the administrative building.

The upgrade comes as a coordinated upgrade to several Michigan bridges, including the International Bridge in Sault Ste. Marie and the Bluewater Bridge in Port Huron. The upgrades will include the ability to pay with a credit card at any toll booth and the ability to access and review account information online for Mac Pass users. 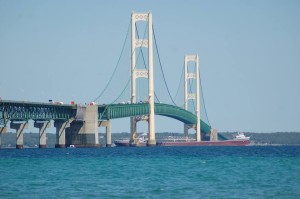 Currently, visitors crossing the bridge pay $2 per axle, or $4 per car. Other rates are $5 per axle for other vehicles. While this may seem like a lot, it is less than what was originally planned for this year, and also well below the historical average adjusted for inflation.

Back in 1957, it costs 3.25 cents to cross the bridge, which is equal to nearly $27 adjusted for inflation. This was however still cheaper and much quicker than taking a boat ferry to get to the other peninsula, with rates costing closer to $29. Rates increased to as much as $3.75 per car in 1961, which is nearly $30 at today’s prices. In 1969, the bridge authority borrowed money to lower the toll to $1.50 per passenger car.

The current rate of $4 per car will stay the same through 2016. Then the bridge authority will reassess whether to increase the toll again. My guess is a $0.50 raise to the current rate will be agreed upon.

So while the toll to cross the Mackinac Bridge may seem like a lot, it is relatively cheap compared to our great state’s history. The rate is also lower than what was planned and will stay at $4 until at least 2017. Keep in mind that there are very few tolls paid in our state and traveling across the Mackinac Bridge is a trip of its own with breathtaking views.