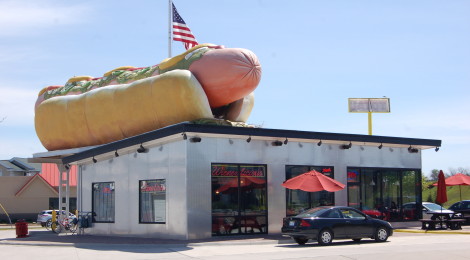 Big in Michigan, Volume 2 – Our Second Collection of World’s Largest Things in the Mitten State 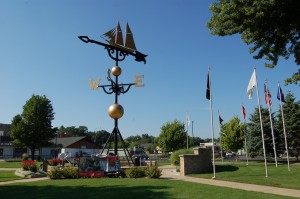 We like things big here in Michigan, so it should come as little surprise that our state is home to some of the world’s largest/longest/biggest things. The Upper Peninsula boasts nearly a thousand miles of shoreline on Lake Superior, the World’s Largest Freshwater Lake (by area). Surrounded by four of the five Great Lakes, Michigan has the longest freshwater coastline of any political subdivision in the world. Chances are, you’ve driven by something in this state that was or is the world’s largest/longest, maybe without even knowing it! Our first Big in Michigan post was fun to put together, and it didn’t take us long to find 10 more things to feature on this list. We’re also already working on a third list, so be sure to send any suggestions about things we missed to travelthemitten at gmail dot com. We hope you enjoy Big in Michigan, Volume 2: More of the World’s Largest and Longest things here in the Mitten State!

World’s Largest Musical Fountain, Grand Haven – Dewey Hill is the setting for an amazing display of water and lights synchronized with music, running each night at dusk near Grand Haven State Park. Thousands enjoy the show from across the Grand River each summer, as the world’s largest musical fountain entertains locals and visitors from Memorial Day to Labor Day. 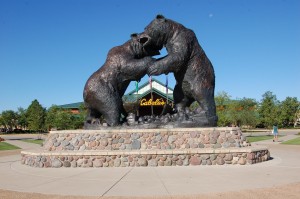 World’s Largest Bronze Wildlife Sculpture, Dundee – This bronze sculpture outside of the Dundee location of Cabela’s is the world’s largest, depicting two bears locked in combat. Inside, visitors/shoppers will find an astonishing selection of gear for outdoor activities, as well as an aquarium, displays of taxidermied animals from North America and Africa. 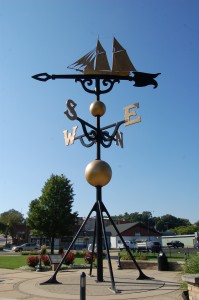 World’s Largest Weather Vane, Montague – This 48 foot tall functioning weathervane has an arrow that is 26 feet long. That arrow is topped with a replica of a schooner, Ellenwood, that operated out of Montague before being lost on Lake Michigan near Milwaukee. You can find this unique Michigan monument at the corner of Dowling St. and Water St. in a small pocket park in front of Montague Foods. 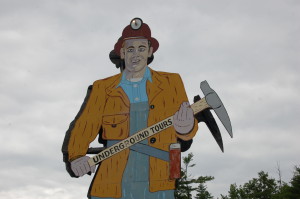 World’s Largest Miner, Iron Mountain – “Big John” welcomes visitors to the Iron Mountain Iron Mine, where an underground train tour gives a view of what mining was like in the area in the late 1800s. Standing 40 feet tall, Big John weighs 2000 pounds, making this attraction hard to miss on a drive east or west on US-2 near Vulcan. The mine tour takes visitors 400 feet below the surface to well-lit caverns full of amazing rock formations. 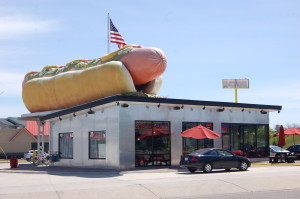 World’s Largest Hot Dog Statue, Mackinaw City – Wienerlicious’ seven ton, 60 foot long fiberglass hot dog is believed to be the world’s largest hot dog statue. It can be seen from I-75 less than a mile from the Mackinac Bridge or for a closer view stop by at 102 E. Central Ave. 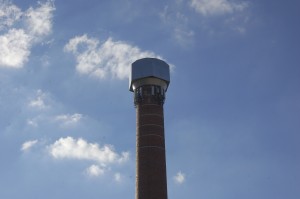 World’s Largest Lugnut, Lansing – The Lansing Lugnuts are a Class A minor league baseball team that plays at Cooley Law Stadium just a few blocks from Michigan’s state capitol building. A nearby factory put the world’s largest lugnut on its smokestack around the same time the baseball team was formed – see it at the corner of E. Michigan Ave. and S. Cedar St. 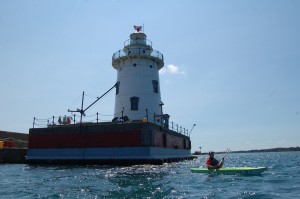 World’s Largest Working Chainsaw, Ishpeming – “Big Gus” sits in front of Da Yoopers Tourist Trap on US-41 near Ishpeming and holds the world record for largest working chainsaw. A sing nearby notes that it “has a GMC V-8 305 cubic inch water-cooled engine, a 3-speed automatic transmission and a 12-volt electric starter. The chain is made of 6″ pitch steel.” Weighing in at 3,500 lbs., Big Gus was made by Moran Iron Works in Onaway. 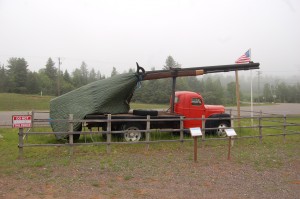 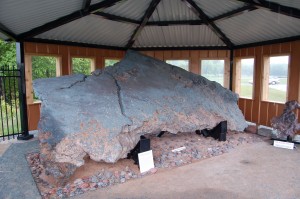 World’s Largest Native Copper Slab, Houghton – There are plenty of noteworthy rocks and minerals inside the A.E. Seaman Mineral Museum in Houghton, but a slab of native copper displayed under a small gazebo near the parking lot is worth checking out as well. This 17-ton slab of copper was discovered in 1991 on the bottom of Lake Superior between Eagle River and Eagle Harbor.