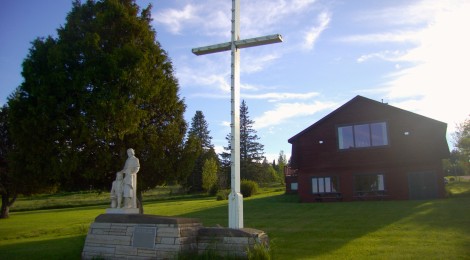 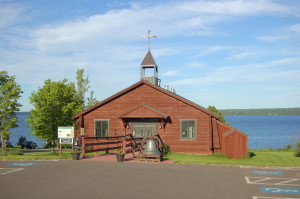 During our visits to Michigan’s Upper Peninsula over the past few years we’ve spent some time visiting the historic sites associated with Bishop Frederic Baraga, the “Snowshoe Priest.” This began with a visit to the Shrine of the Snowshoe Priest in L’Anse, and has also included stops at churches in Eagle Harbor, Marquette and Sault Ste. Marie. Last year we made a stop at the Assinins church and historic district north of Baraga, where several buildings remain from Baraga’s time there. 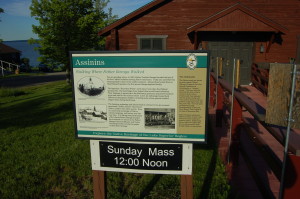 A church building sits on top of the hill overlooking the Keweenaw Bay, and the historical information sign in front of it reads: “You are standing where, in 1843, Father Frederic Baraga founded the last of his five Catholic missions serving Native Americans. Today you can follow in his footsteps back in time to the nearby cemetery. Among those buried there is Chief Edward Assinins, the first person Baraga baptized locally. The legendary “Snowshoe Priest” cared about more than the Ojibwas’ spiritual life. His knowledge of the law helped them avoid forced relocation. Their language is preserved in the dictionary, grammar, and prayer books he wrote and used in the mission school. Later, an orphanage housed both Ojibwa and immigrant children, including some whose parents couldn’t support them during hard times. The Assinins orphanage and school stood in contrast to the government-sanctioned “Indian schools” that forced Native children into white society. Even so, much local knowledge of Native culture, language, and history was lost over time. It is fitting that parishioners of the church Father Baraga founded have restored the school as the Father Baraga Historical Mission and Native Genealogy Center to help the people reclaim their heritage.” 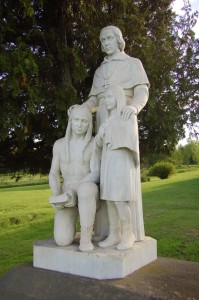 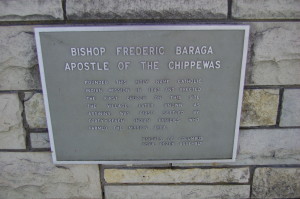 A beautiful statue of Baraga and two Native Americans sits in front of the church, along with a memorial plaque that reads: “Bishop Frederic Baraga, Apostle of the Chippewas, founded this Holy Name Catholic Indian Mission in 1843 and erected the first church on this site. The village, later known as Assinins, was first settle by forty-seven Indian families who farmed the mission area.” The village was named for Chief Assinins, who was the first person baptized at the site. This was Baraga’s home base from the mid-1840s to mid-1850s until he was appointed Bishop. 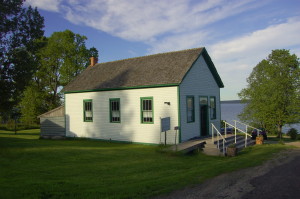 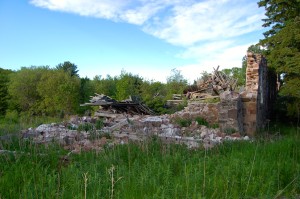 Other surviving buildings that sit across from the church include a school and what remains of the Old St. Joseph Orphanage. A nearby road leads to the Assinins Cemetery, where Chief Assinins is buried. Many of those who served with Baraga are also interred here, including missionaries Father John Henn and Father Anthony Vermare. You can find out about other Michigan sites honoring Baraga’s memory in our post about churches, statues, memorials and more; or visit the Diocese of Marquette pilgrimage page. 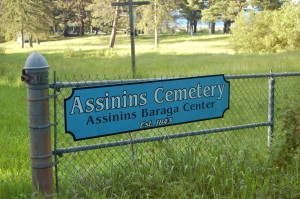