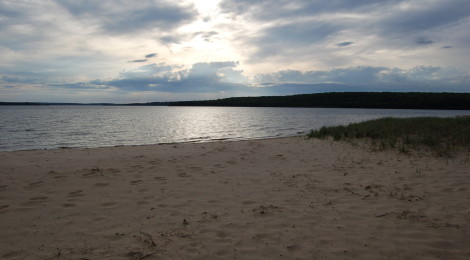 We’re big fans of the reader polls put on by 10best.com, a unit of USA Today. There latest poll puts 20 amazing freshwater beaches against each other to compete for the honor of “Best Freshwater Beach”. The cool thing here is of the 20 competing, six of the beaches are found right here in Michigan. These Pure Michigan beaches again show off the Mitten State’s proximity to four of the five Great Lakes.

The beaches from Michigan are:

Here are some brief descriptions and reasons why the beaches were selected by 10best.com: 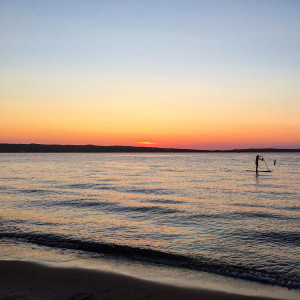 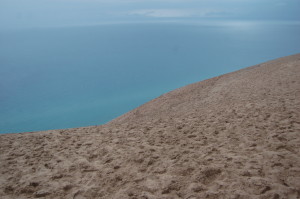 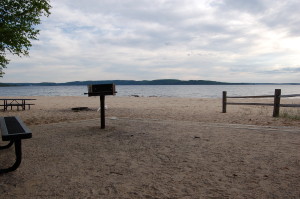 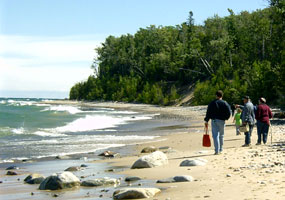 I love seeing two beaches from the Pictured Rocks National Lakeshore here, as the area is one of the best in all of Michigan. In our recent 50 things to do in Pictured Rocks guide, we highlighted both Twelvemile and Sand Point beaches. We even said that Sand Point (Cover Photo Above) was an “excellent spot for catching sunsets” and the water is often warmer than the rest of Lake Superior. Sand Point was also featured in our breathtaking beaches of Lake Superior post.

We love our My 5 Favorite Places in Michigan segment here on Travel the Mitten. Our guest authors give top picks for places to visit in the state. Many of these beaches have been picked directly or mentioned as reasons to visit their picks. Author Loreen Nieuwenhuis picked Twelvemile Beach as one of her top places in Michigan and discussed hiking the trails of Pictured Rocks. GRFC founder Matt Roberts picked Grand Haven as one of his top five places to visit and mentioned the state park as a top reason to visit and provided us with a great sunset picture from the beach. 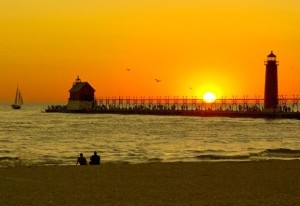 Perhaps WOODTV producer Luke Stier hit it right on the mark by mentioning both Empire and Traverse City beaches in his picks. Stier named Empire a top pick and told readers, “If you only have the time to go to one place on my list, I beg you to go to Empire”. Stier also mentioned Clinch Park in his Traverse City selection, citing the awesome splashpad and ropes climbing course for kids.

Voting runs through March 14th. As of February 15th, all six were in the top ten spots on the leaderboard, with Grand Haven 1st, Lake Michigan Beach Park 3rd and Peterson Road Beach 4th. Be sure to vote often for these great Pure Michigan beaches. Also vote in the current beer categories, where several Michigan breweries are competing for top honors.