Browse: Home   /   Family Trips   /   Michigan Museums: Get in Free With Bank of America 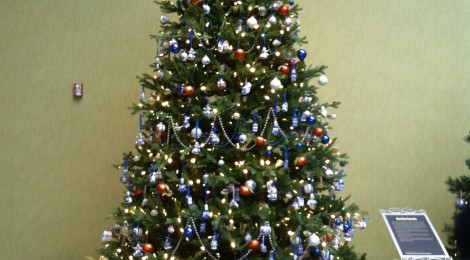 Michigan Museums: Get in Free With Bank of America

There are hundreds of museums in the state of Michigan for the public to attend. These museums range in size and price, and who they are geared towards. For the past 18 years, Bank of America has been helping its customers attend more museums with an unbeatable price: free. The state of Michigan currently has eight museums that Bank of America customers can get into free one weekend a month.

The year 2015 marks the 18th year that Bank of America has offered its “Museums on Us” program. The current program allows free attendance at museums (see list) in 97 cities across 32 states. New Mexico was the latest state added and the program has been adding locations every year. The deal works for the first full weekend of each month, with the following the remaining 2015 dates:

Here is a look at the eight museums in Michigan that are on the current program.

A Bank of America or Merrill Lynch card along with photo identification is needed for each free admission, which means you will still have to pay for children and need separate cards for each spouse. Many of the museums offer simply their basic package as part of their program, meaning no extras or special events are covered.

I personally have used this program at Frederik Meijer Gardens and also Shedd Aquarium in Chicago Illinois. At Meijer Gardens, it got us into everything that we needed to see. At Shedd it included only the first floor and not some of the special exhibits like penguins and the live shows. If you’re unsure what is included, call the museum first and they can walk you through what is included.