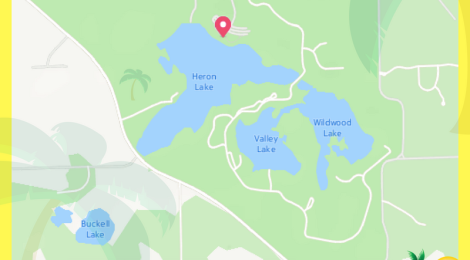 Not too long ago, I remember coming across a story that Lake Michigan would be getting a floating inflatable water park. As a Michigan resident and someone who writes about the state and travel ideas, I grew sad to learn that this new waterpark would be taking place on Lake Michigan in Indiana. The yet to be opened inflatable water park is one hour away from the southern-most portion of Michigan, two and a half hours from Grand Rapids and more than four hours away from Detroit. I was delighted to learn more about Jump Island, three inflatable water parks that will open soon for the 2017 summer season right here in Michigan.

Along with the Holly location that was open in 2016, there will be two brand new Jump Island locations opening in 2017. The three locations open for 2017 are: 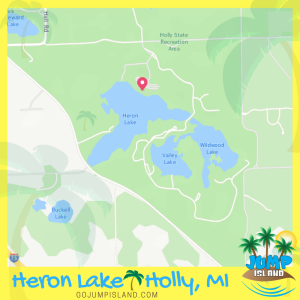 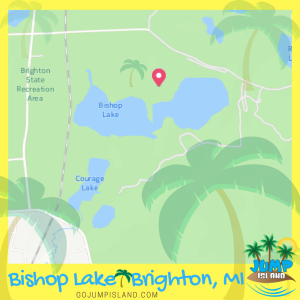 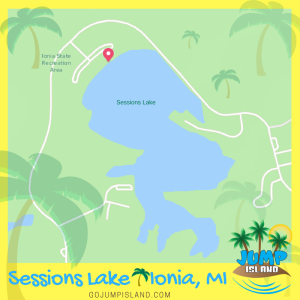 The three inflatable water parks open for the season June 9th (pushed back from an original planned Memorial Day weekend due to weather) and close September 4th (Labor Day). The parks are open all seven days of the week with hours of 11am to 8pm. Keep in mind that the hours depend on the weather since this is an outdoor attraction. You will want to follow the company on Facebook for the latest updates.

The Jump Island website says that franchises are available. The Brighton location for 2017 is a partnered location. Jump Island says they have had a lot of interest in additional locations and have several new ones planned for 2018 already. When asked about putting the inflatable water park on one of the Great Lakes, we were told the equipment could withstand the terrain, since it is made for oceans, but a proper location has not been found.

Waiver forms are required by participants. These forms are available on site but can also be printed out ahead of time to save you time at the inflatable water park. Reservations can also be made online ahead of time, ensuring you get a time slot for the particular day.

Jump Island has learned some things with a year under their belt. We are told that the reservation system improved for the 2017 season. Additional lockers and food options were also added to the Holly location.