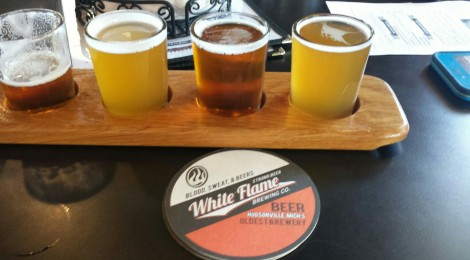 EDIT 3/22/17 – We returned to White Flame Brewing last summer, they have now added a food menu. See additional paragraph at the bottom of this post.

It was a Groupon that first brought us to White Flame Brewing, and we left pretty impressed with the beers available at this small operation in Hudsonville. Our coupon was for a sampler flight and a growler and fill, and we liked what we tried so much that we ordered a second flight. There is no food available on premise, but pretzels are provided and food delivery is encouraged.

In our first sampler flight we had the White Shoes Pale Ale, Ugly Stick Oatmeal Stout, Nut Job (Black Ale with Walnut), Hooterville Wheat and Passed Out Willy IPA. All were solid beers, with the Hooterville Wheat standing out as a light, easy drinking wheat beer with a great hop balance. 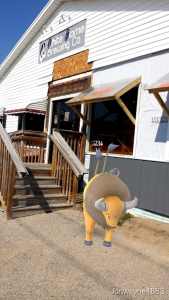 We took a growler of Hooterville Wheat home, and left impressed. Prices here are reasonable, staff was friendly and knowledgable, and there were many beers that stood out. 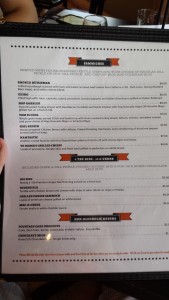 The food menu offers and assortment of sandwiches, a kids menu, appetizers, and a selection of house favorites. Some of the standouts from what our group sampled were the Cowboy Mac and the Hamtastic sandwich. Stay tuned to White Flame’s Facebook page for menu changes and frequent specials. The brewery has also started bottling some limited release beers.